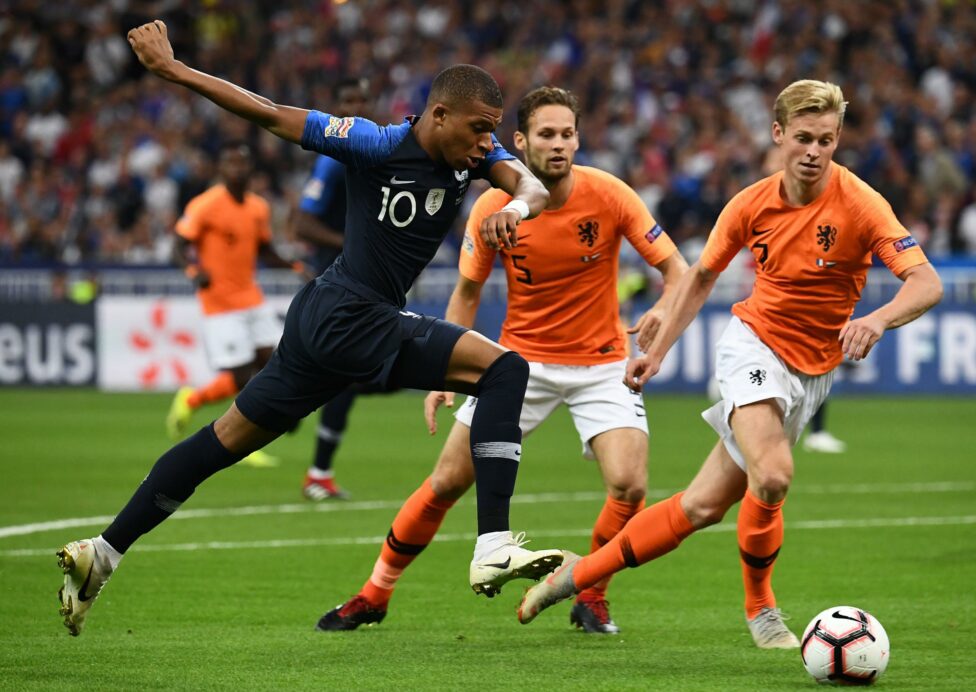 Spain visited Wembley Stadium on Saturday to take on England in both nation’s first-ever Nations League match. Despite an early goal for the hosts, it was Spain who left with all three points. A pair of Manchester United players linked up early to put one past Red Devil teammate David De Gea when Luke Shaw’s pass found Marcus Rashford who made no mistake. Goals from Saúl and Rodrigo later in the first half was all it took for Spain to win their first match of the campaign.

France took on the Netherlands which was another matchup that caught the eye of those around the world. Kylian Mbappe picked up where he left off in his first appearance in a France kit since being named the 2018 FIFA World Cup Best Young Player. The 19-year-old opened the scoring in the 14th minute getting on the end of a Blaise Matuidi cross. The score remained that way until the 67th minute when it was Ryan Babel who got on the end of a cross for The Flying Dutchmen. Celebrations were short-lived as Olivier Giroud’s stunning volley in the 75th minute put France back in front. The score would remain that way as France move to four points through two games after opening the competition with a draw vs Germany.

Switzerland owns the biggest win of the campaign so far as they dismantled Iceland 6-0 on Saturday. Six different goalscorers found the back of the net for the Swiss but it was Xherdan Shaqiri’s 53rd-minute free kick that stole the show. Liverpool’s new man curled one in from the side of the 18-yard box to put his side up 3-0 moments after the start of the second half. Newcastle defender Fabian Schar registered two assists, while Denis Zakaria and Haris Seferovic each had a goal and assist.

Italy and Poland played to a 1-1 draw on Matchday #1 with the hosts fighting back for a point. Piotr Zielinski got on the end of a Robert Lewandowski cross in the 40th minute to put Poland ahead on the brink of halftime. However, Jorginho’s signature penalty run-up equalized things for Gli Azzurri in the 70th minute forcing the sides to settle with one point apiece.

Here are the UEFA Nation League results through Sunday: