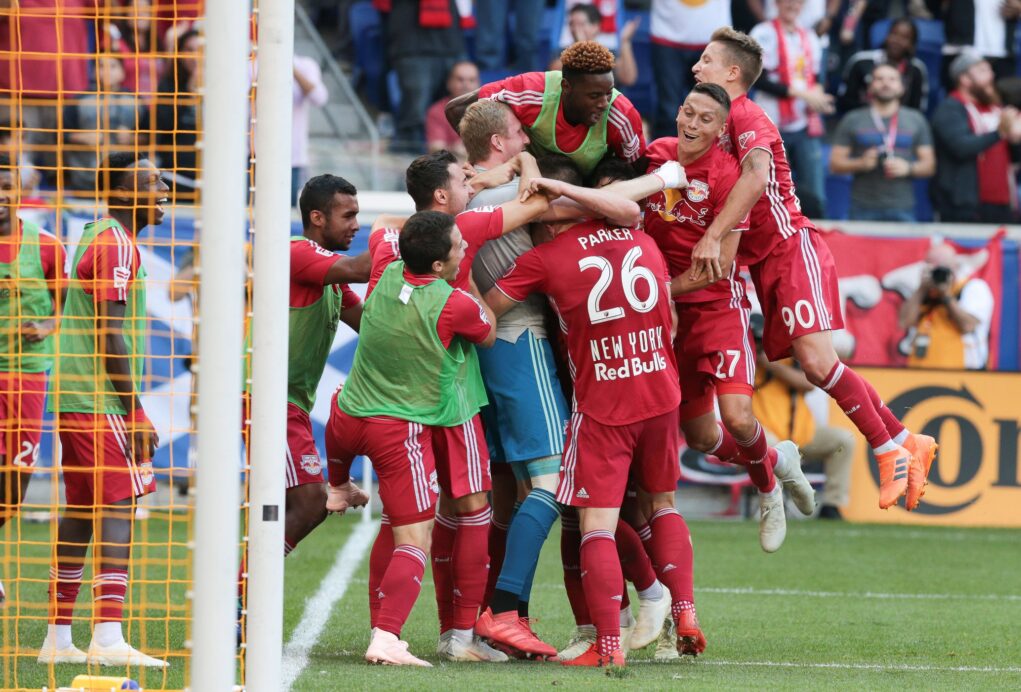 The highly-anticipated matchup between the New York Red Bulls and Atlanta United, which the Red Bulls won 2-0 on Sunday, was a match between two teams who are well known for their offensive output.

A match like this, though, always is coupled with questions of just how well defenses can handle that kind of talent. In this case, the Red Bulls defenders answered every question asked of them correctly, walking away with a second consecutive clean sheet in the process.

The Red Bulls were missing their stalwart in defensive midfield, Tyler Adams, due to a minor back injury, but that ended up not being an issue. Behind the midfield duo of Sean Davis and Marc Rzatkowski in front of the usual quartet of Michael Amir Murillo, Tim Parker, Aaron Long, and Kemar Lawrence, the Red Bulls defense put in one of its best performances of the season, and were able to put away defensive issues from the beginning of the month.

Armas detailed the task further, saying teams that are built in transition score a ton of goals and they can score equal amount on crosses.

“They can get you one-v-one, they have 11 penalties on the year. … You can’t just address one of the weapons on their team, so you try to do it all at once,” Armas said. “But it takes a team effort, and most of it involves taking away time and space and spaces and the back line moving and pressing.”

The Red Bulls managed to do just that, particularly in the first half. Atlanta, though splitting first half possession evenly and dominating in the second half, did not have a lot of meaningful time on the ball.

The Five Stripes were limited to two shots on target, leaving the league’s highest scoring team without a lot of concrete chances. That was something the Red Bulls had obviously prepared for, though they found it difficult to do so at the beginning of the week.

“[Armas] made us even do it the next day, and it still didn’t look that great, so what that manifests [into] at least is opportunities to talk about things and what we’ve seen so far in the second half of the season is when our defense is playing so well, we can be a little complacent, so when we had our defensive meeting.” Robles said. “This past week, the challenge was: How can we continue to improve? How can we come from a posture in which we’re good, we know we’re going to make it difficult for them when we’re on, but still constantly strive to be better?”

Eventually, though, the Red Bulls figured it out, and as Tim Parker, a goal scorer on the day put it, “come game day, things got easy.”

It is all part of a defensive effort that has improved over the last several years for the Red Bulls. Years of inconsistency at the back has finally subsided, with a seemingly perfect mix of defensive talent finally in front of Robles.

“(In the past) it was just an instability in the way that we wanted to play, and I haven’t dealt with that this year,” Robles said. “It’s just been uniform. The way that we want to play is, the last couple of years, the same way and then of course, they went in and they made a huge splash to get Tim Parker and Tim has just solidified our defensive line. … In a way, you could just rest on your laurels and have good guys, but no. For us, it has to be: How can we get better?”

With defensive unity in place, the Red Bulls have managed to close the gap on Atlanta, leaving just one point in between the teams with three matches left. The Supporters’ Shield is once again in reach, but there is still a little more work to be done.

“This is a game we’ve had marked on the calendar for a little while now, now the next couple of games are just as important,” Parker said. “We put ourselves in good position today, but now we got to follow that up with good performances.”