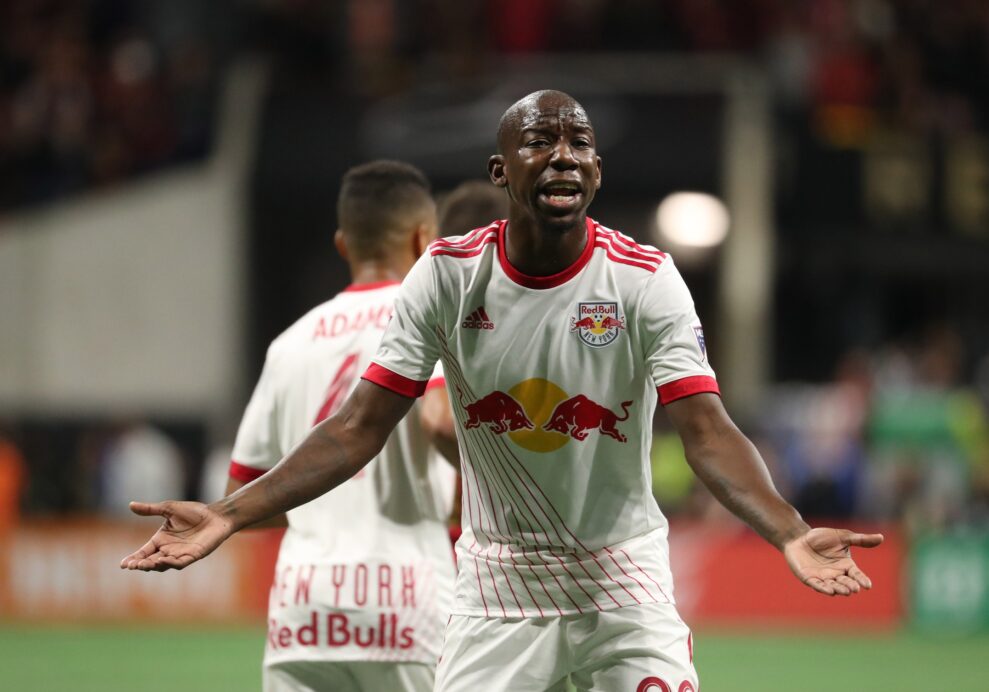 Major League Soccer officials come under scrutiny on countless occasions throughout the season, but when it mattered most, the two key decisions made on Sunday night were the correct ones.

One decision in each game of the conference final first legs turned around the complexion of each series, and while the criticism came down from fans whose teams the calls went against, they showed the positives of the Video Assistant Referee program.

The first controversial call of the two brought about the more heated debate.

In the 54th minute of the Eastern Conference final first leg, referee Kevin Stott was assisted by VAR to rule Alex Muyl offside on a goal scored by Bradley Wright-Phillips.

In addition to being offside, Muyl was obstructing the view of Atlanta United goalkeeper Brad Guzan.

The disallowed goal would’ve been a massive momentum boost for the Red Bulls, who went on to endure their worst result of the season.

“You score a tying goal that gets called back, yeah it deflates you a little bit, but Atlanta put a lot into it,” Red Bulls head coach Chris Armas said. “All of their players fought hard the whole time.”

“It is always a little bit of a letdown if a goal is called back, but we didn’t make enough plays on each side of the field,” Armas said. “We let ourselves down that way. Give them credit on the night, Atlanta, and we will be up for the next one.”

Atlanta may have gone on to score more goals at Mercedes-Benz Stadium, but if the call wasn’t overturned, the Red Bulls would be heading home with a valuable away goal.

Although it wasn’t a favorable call for the Red Bulls, it was the correct decision, and now they’re forced to make up a three-goal deficit on Thursday.

Over in the Western Conference, the offside ruling against the Portland Timbers in the 70th minute of their clash with Sporting Kansas City was less controversial.

David Guzman and Liam Ridgewell were both ruled offside on a free kick, but the decision didn’t come until after Guzman sent a rebound into the back of the net.

While it caused some confusion on the field and at home, the execution of the decision was perfect by the officials, as they’ve been instructed to wait to flag for offside on a close call until after the play ends under the VAR guidelines.

The decision kept the game scoreless, which means all Sporting KC has to do on Thursday is win outright to advance to MLS Cup, while the Timbers enter Children’s Mercy Park with a chance to earn an edge in away goals after holding Peter Vermes’ side scoreless.

The Red Bulls and Timbers were understandably distraught with the calls, with Chris Armas’ men a little more peeved than the Timbers, the calls were the right ones, and the officials involved used the proper processes to get to their decisions.

With three games left in the postseason, the hope is that if similar plays come up, the officials handle them with the same accuracy they did on Sunday.