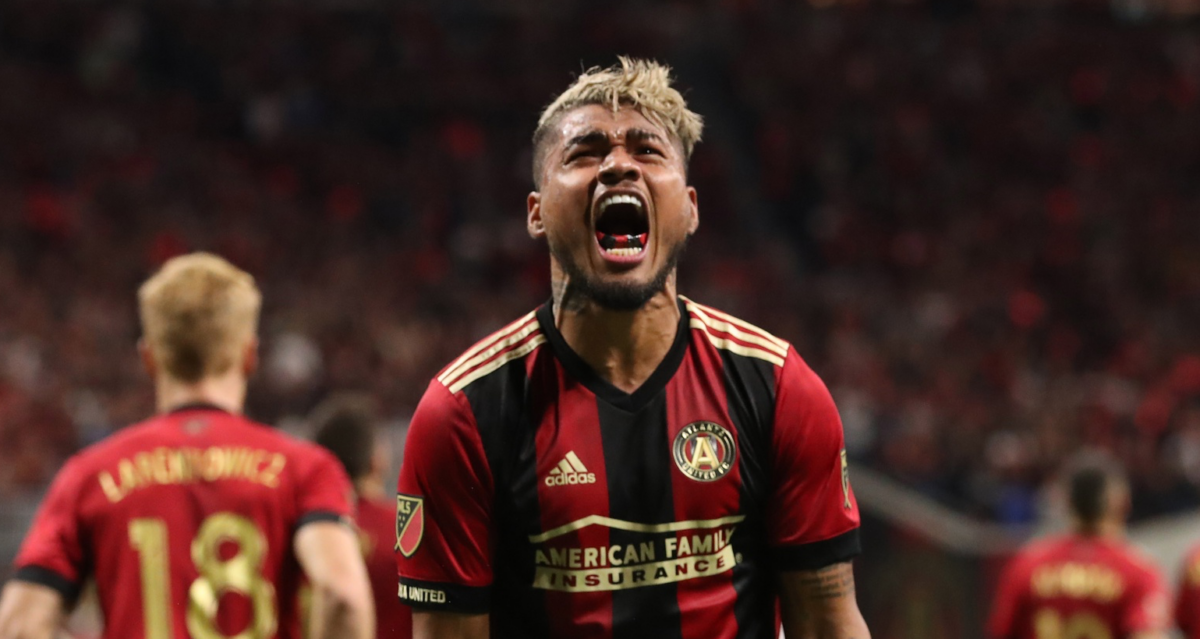 Atlanta United earned revenge against the New York Red Bulls on Sunday by defeating the Supporters’ Shield winners 3-0 on Sunday in the first leg of the Eastern Conference final.

The victory was the first for the Five Stripes against a Red Bulls team that’s frustrated them throughout their franchise history, including the September showdown at Red Bull Arena that went in favor of Chris Armas’ side.

Golden Boot winner Josef Martinez kicked things off in the 32nd minute, with a composed finish after a perfectly-placed assist from Jeff Larentowicz.

The MLS veteran played a long ball over the top of the Red Bulls centerbacks, allowing Martinez to chest down, take one touch and rifle a left-footed strike past Luis Robles.

It was Martinez’s third goal of the playoffs, following his brace against NYCFC on Nov. 11th.

The Red Bulls failed to get much going offensively, but had a good look in the 54th minute. Bradley Wright-Phillips’ finish beat Brad Guzan, but Alex Muyl was whistled offside on the play, negating the finish.

After some poor first touches in the opening half, Five Stripes full back Franco Escobar doubled the lead off a fine finish.

Julian Gressel’s pass slipped across the Red Bulls box and found Escobar, whose one-time finish made it 2-0 in the 71st minute.

Hector Villalba’s stoppage-time finish from 20 yards out gave Atlanta a valuable third goal and made the hole even deeper for the Red Bulls heading into Thursday’s second leg at Red Bull Arena.

For the first time in 2018, the Red Bulls finished the match with zero shots on goal and will need a miracle on Thursday to keep their season alive.

Larentowicz set up the first goal and played a huge role on defense for Atlanta.

After it looked like Wright-Phillips equalized for the Red Bulls, referee Kevin Stott wiped off the goal, which would’ve given the visitors some life returning home.

Daniel Royer and Alex Muyl were invisible on the wings for the Red Bulls, and they were forced to do a lot of defensive work against the dangerous Five Stripes attack.