Tyler Adams says news regarding his future could come soon 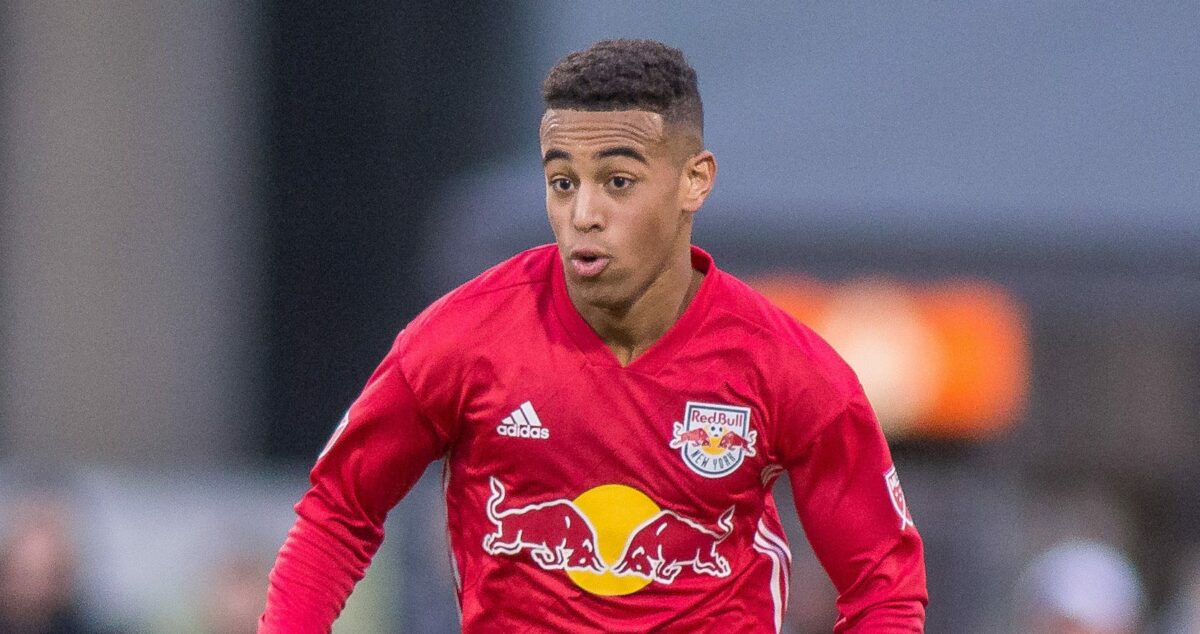 Adams went the distance as the Red Bulls unsuccessfully tried to overturn their Eastern Conference Semifinals series vs. Atlanta United on Thursday night. The Red Bulls won the second leg at home but bowed out of the playoffs with a 3-1 defeat on aggregate, leaving the club to have to wait at least another year before lifting that elusive first MLS Cup.

The 19-year-old center midfielder will likely not continue that pursuit with the Red Bulls. He has been rumored for months to be nearing a move to RB Leipzig, the sister club where his former New York Red Bulls head coach, Jesse Marsch, is an assistant. Adams also recently told The Athletic that it “will be the right time to go the Europe” at season’s end, which has now approached given Thursday’s postseason elimination.

“It’s a tough way to go out,” said Adams. “My focus all season long has been to try and win the MLS Cup, and to fall short is never easy. Obviously for me, there’s been speculation the whole season about what will happen next, and I’m going to keep you guys waiting again.

“We’ll find out in the next couple of days hopefully.”

An announcement of his move to RB Leipzig seems a mere formality at this point. If Adams does indeed leave to join the German Bundesliga outfit during the winter transfer window in January, as is widely expected, then he will do so after playing his first three professional seasons in New York. He made a name for himself with the Red Bulls, appearing in 59 MLS matches over his three years in the league and establishing himself as a young starter with plenty of talent and potential over the past two seasons.

His tenacity, energy, and work rate with the Red Bulls led to him getting called into the U.S. Men’s National Team, and he is now seen as a key building block for the program. The next step for his continued development seems to be in the more competitive and cut-throat environments in Europe, where he will have the chance to grow his game further.

“Will he succeed in Europe? I think we know that answer,” said Red Bulls head coach Chris Armas. “It’s for sure, because he has the physical ability, he’s got the mentality for Europe, he keeps improving, and, his personality and the courage that he has, the approach, every single day to get better and win, it’s like I’ve never seen.

“I know certain players that play in Europe, and you see what he has, he’s going to do great.”