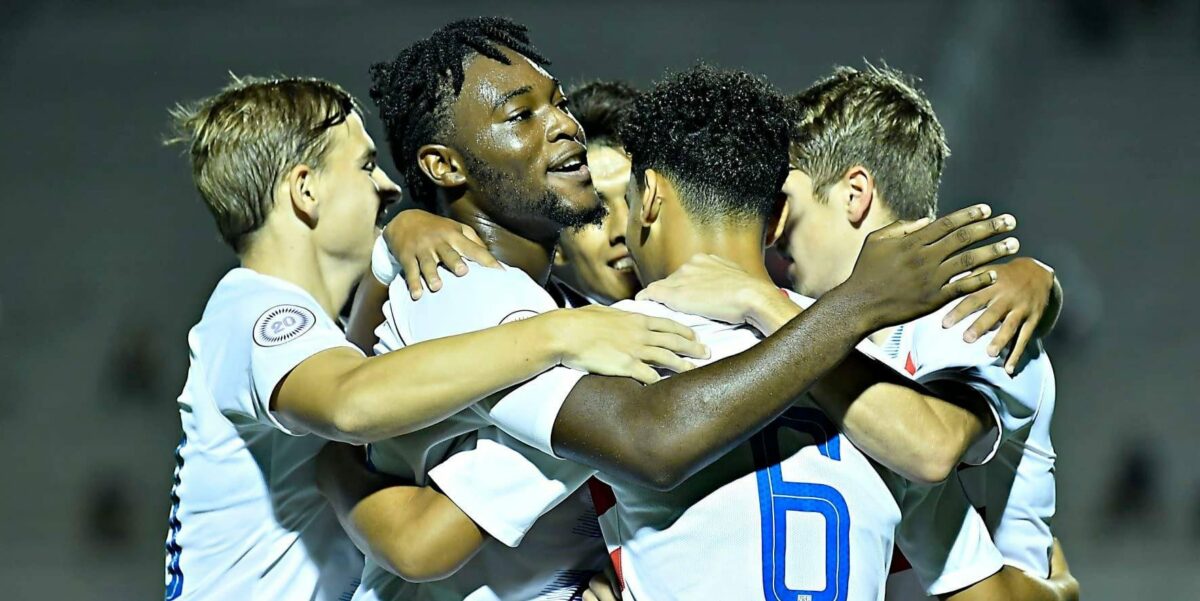 The long, winding road of the Concacaf Under-20 Championship was set up to lead the U.S. Men’s National Team Under-20 side with a matchup with Mexico.

Seven games and 44 goals later, the USMNT U-20s are set up with a Wednesday night clash with El Tri in the championship match of the tournament in Florida (7:30 p.m., Univision Deportes/Concacaf Go).

Both teams have already qualified for the 2019 U-20 World Cup in Poland, but that doesn’t matter at this point with the rivalry taking center stage on Thanksgiving Eve.

“It’s not even about lifting the trophy at the end, it’s about playing Mexico and winning that game,” U.S. U-20 defender Chris Gloster told Goal.com. “Everyone is ready for that game. All I’ve been hearing since we got here is ‘I want a USA-Mexico final.”

The USMNT U-20s flew through the majority of its competition by scoring at a high rate, especially in the five-game group stage.

Ayo Akinola and Ulysses Llanez are tied for second in the tournament’s Golden Boot standings with three others at seven goals, but the offensive production has come from all around the field.

In addition to shining offensively, the USMNT defense has been up for the task, as its let in two goals in Florida and enters Wednesday on a four-game shutout streak.

The biggest task in front of the USMNT back line in Florida comes on Wednesday against Diego Lainez, who was at the center of a kerfuffle with Matt Miazga in the September meeting between the North American rivals.

While Lainez is the primary target to stop on Wednesday, Mexico’s received impressive contributions from Jose Macias and Daniel Lopez, who have 17 combined goals in the tournament, which means the American defense could be spread thin on occasion.

Unlike the Americans, El Tri experienced some struggles on Monday, as it conceded twice to Panama, which will give the Americans some holes to exploit in film preparation for the showdown.

Regardless of what happened in past games, Wednesday brings about a new set of challenges, as the latest players to dive head first into the rivalry have an opportunity to make their mark while continuing the set the tone for the path to Poland next summer.