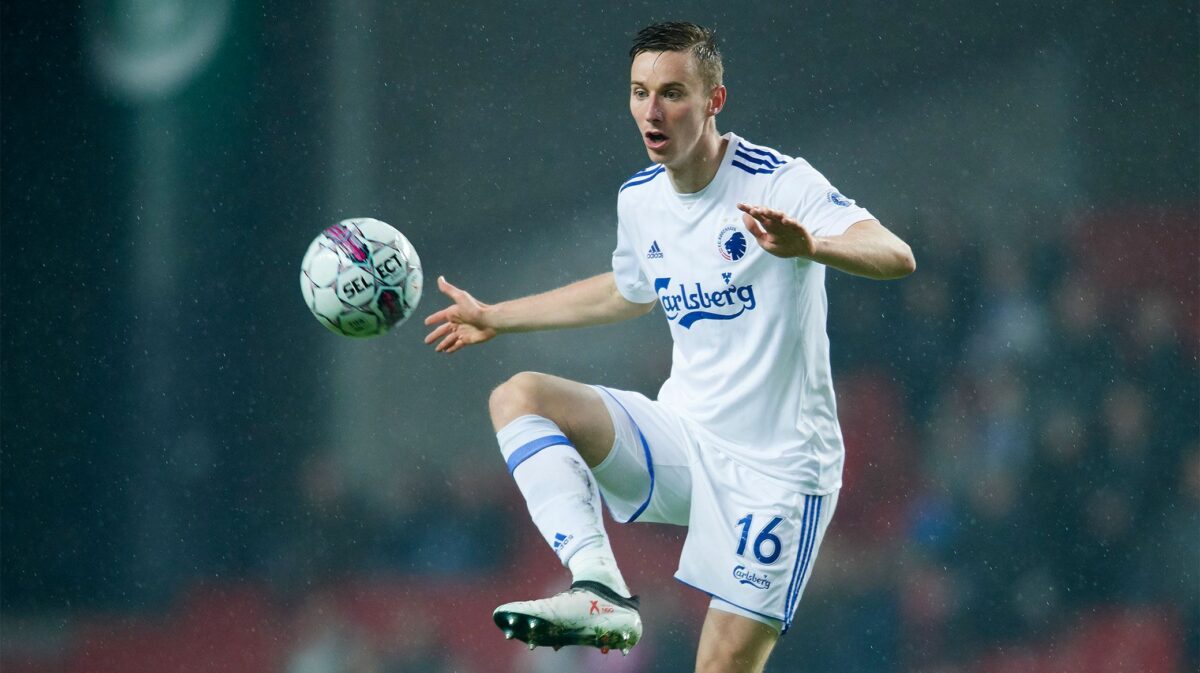 Gregus has spent his last two seasons in the Danish Superliga making over 100 appearances for FC Copenhagen as well as playing in the UEFA Champions League in 2016.

Gregus made his debut for his country in 2015 and has been capped 22 times, scoring twice for the senior team.

“The one thing that sticks out is his composure on the ball,” said MNUFC Head Coach Adrian Heath. “He’s got a great range of passes, both short and long. He has a great stride to goal, and an imposing stature at 6 foot 3 inches.” Heath added, “We know we’ve got excellent attacking pieces on the roster, but we need to be able to supply the ball to those pieces and we feel that Jan can be the supplier and connector from the midfield to the attack.”

After spending 2018 on loan with the Columbus Crew, Argentine defender Milton Valenzuela has decided to stay with the club on a permanent basis.

The Crew acquired Valenzuela from Newell’s Old Boys as a young designated player, and he will occupy an international roster spot.

“Milton is a player who was able to make an immediate impact on the field at a young age and has become one of the premier leftbacks in Major League Soccer. We felt that securing his permanent transfer from Newell’s Old Boys was a priority this offseason,” said Crew SC Interim General Manager Pat Onstad. “We are excited to have him back with the Club for the upcoming season and look forward to seeing his continued development and growth.”

Valenzuela made 30 appearances with the Crew last season, scoring once and providing six assists.

Chicago Fire midfielder Diego Campos has been rewarded with a new one-year deal, with a trio of club options also included.

Campos, 23, is under contract for the 2019 MLS season with club options for 2020, 2021, and 2022. He made 23 appearances in his rookie season in 2018, while recording one goal and two assists. Campos with the 38th overall selection in last year’s SuperDraft after a stellar career at Clemson University.

“I’m very grateful to the club for believing in me and offering me this new contract,” Campos said. “I’m eager to get back to work and begin helping the team achieve our goals in 2019.”

Pennsylvania native, Matt Freese signed with the Philadelphia Union on a Homegrown contract, becoming the seventh Homegrown currently on the roster.

Freese joins the Union after two years at Harvard University where in his 16 matches played, he recorded 77 saves. The 20-year old earned Second-Team All-Ivy League honors following his 2018 season.

The Union Academy product has previously featured with the Bethlehem Steel in the USL but only made one appearance in the preseason for the team.

While looking to strengthen their roster the San Jose Earthquakes signed Judson, a Brazilian defensive midfielder on loan with an option to buy. He will occupy an international roster slot pending his P-1 visa and ITC.

The 25-year old has spent his last three years on loan to Avai FC. The midfielder was a key defensive player in all three seasons where the team won promotion to the Brasileiro Serie A twice in 2016 and 2018.

“Judson has always been a very important player for his clubs,” said Earthquakes head coach Matias Almeyda. “His tireless work ethic and physical style of play are evident in the games I’ve watched. His ability and willingness to cover a lot of ground will make him an invaluable piece of our defensive structure next season.”

After a golden boot and Championship winning season in 2018 with Louisville City in the USL, Cameron Lancaster signed an MLS contract with Nashville SC.

Lancaster set the regular season goalscoring record last year, finding the back of the net 25 times. The Tottenham Academy product is the second player to sign an MLS contract following Daniel Rios. Lancaster will play for Nashville in their final USL season in 2019.

“Cameron’s pedigree in English soccer and goal scoring ability here in the US make him an ideal target at this stage of building our club,” said Nashville MLS CEO Ian Ayre in a team statement. “We are thrilled he will be joining us on our path to Major League Soccer, and we look forward to welcoming him to Nashville.”