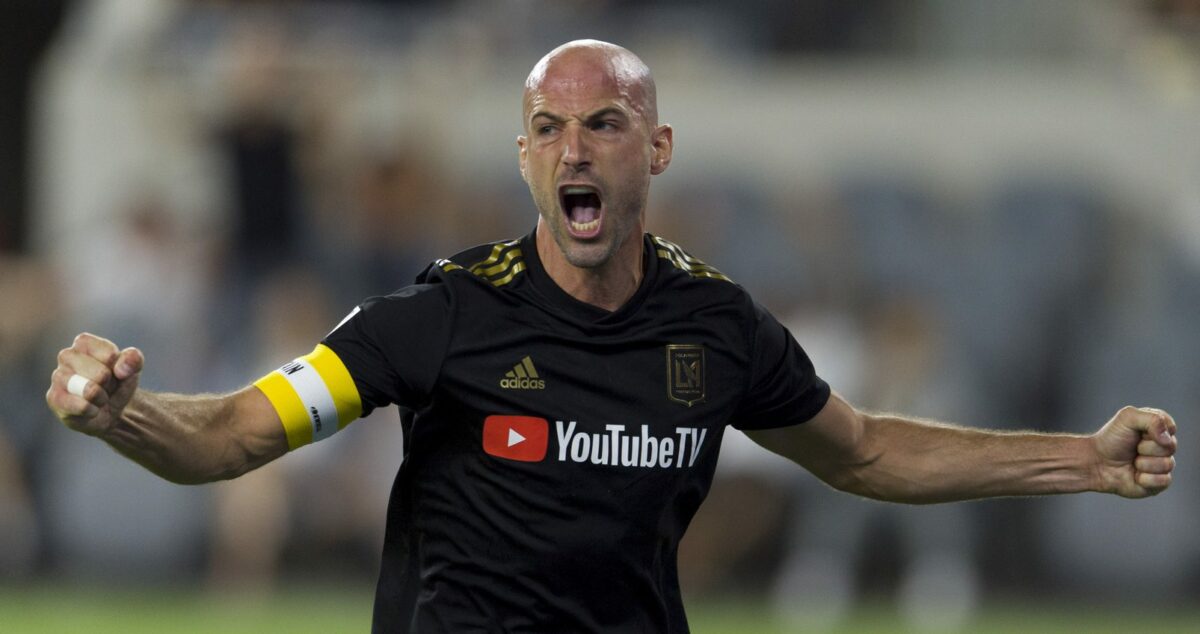 Laurent Ciman is headed back to MLS after Toronto FC jumped to the top of the allocation order to acquire the Belgian center back, who previously played for the Montreal Impact and LAFC.

After moving up to No. 2 in the allocation order a few weeks ago, the Reds engineered a deal with FC Cincinnati to gain the top spot on the list in exchange for a second-round pick in the 2019 MLS draft.

That deal opened the pathway for Greg Vanney’s side to add the former MLS Defender of the Year.

“This is a player who has been a captain of two MLS teams, an All-Star and the Defender of the Year. He is an excellent passer, an organizer in the back and a passionate, fiery competitor. We look forward to him joining our club immediately and becoming an important part of our group.”

One of the few bright spots of Orlando City’s 2018 campaign will not be with the Lions for the 2019 season.

Orlando City announced on Thursday it sold midfielder Yoshimar Yotun to Liga MX side Cruz Azul for an undisclosed fee.

“Yoshi has been an important player for this Club; however, he expressed interest in Cruz Azul at the conclusion of the season. We worked closely with him and his agent to keep him in Orlando, including offering new contract options,” said Orlando City EVP of Soccer Operations Luiz Muzzi.

“Ultimately, the player had his mind set on a move to Mexico, and we reached the best possible outcome for both him and the Club. We thank Yoshi for his time with Orlando City and wish him the best of luck in the future.”

In his 32 games with the club, Yotun scored five goals and contributed 14 assists.

The Jamaican right back was sent to the expansion side by the Portland Timbers in exchange for $250,000 in general allocation money.

Powell spent six seasons with the Timbers, but he didn’t start in MLS Cup and played sparingly throughout the second half of the 2018 campaign.

The 24-year-old appeared in 130 regular-season and playoff games for the Timbers.

The Chicago Fire reinforced their back line on Thursday with the signing of 29-year-old defender Marcelo from Portuguese side Sporting Lisbon.

The Brazilian defender joined the Portuguese powerhouse in the summer from Rio Ave, but he wasn’t able to break into the first team.

“Marcelo will add necessary leadership along our back line,” said Chicago president and general manager Nelson Rodriguez. “He is a smart defender who participates in every phase of the game. He is known as a solid teammate and he is driven to win, which fits our locker room well.”

The Columbus Crew will need a new starting goalkeeper when Zack Steffen leaves for Manchester City next summer, and they appear to have found a veteran to potentially take the job.

The Crew have signed goalkeeper Joe Bendik after acquiring his rights from Orlando City in exchange for $50,000 in targeted allocation money. Bendik did not have his contract option picked up by Orlando City, but the Crew have completed a new deal for the 29-year-old goalkeeper.

Orlando City’s busy week appears to also have another deal in the works that has yet to be finalized.

According to Goal.com, the Lions are in negotiations with Real Salt Lake to acquire former U.S. Under-20 left back Danilo Acosta.

RSL has a wealth of options at left back, with Aaron Herrera having beaten out Acosta last year, and after RSL acquired Donny Toia via the re-entry draft.