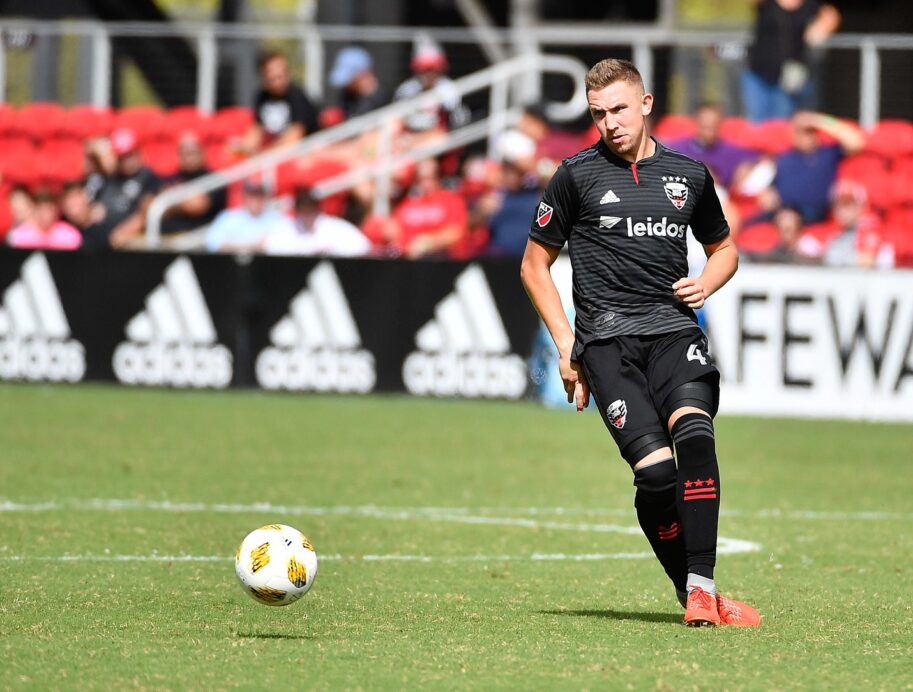 The annual January camp will feature a roster of predominantly Major League Soccer players, who are either veteran members of the USMNT, or younger players looking to make an impact.

Some of the players named to the roster will be obvious choices, as they’ll look to reinforce their respective positions on the depth chart.

Others will be fighting for a chance to be included with the full squad in March, whether they are coming off strong seasons in MLS or looking to break through after impressive campaigns with the U-20 side.

Below is a look at who should receive call-ups for the January camp, which ends with games against Panama and Costa Rica.

Although Zack Steffen is a known quantity to Berhalter from their time together in Columbus, it’s still worth giving the No. 1 goalkeeper on the depth chart a month of intense training as he sharpens his skills ahead of his move to Manchester City.

Alex Bono. Jesse Gonzalez and Bill Hamid all had their opportunities to make a mark on the goalkeeping depth chart, but are still behind Ethan Horvath and Brad Guzan.

Giving Guzan January off to focus on Atlanta United’s preparations for the Concacaf Champions League makes sense in order to give more reps to the younger trio.

Hamid has the most experience of the remaining netminders, and he should be given a start if he performs like he should in camp.

Bono and Gonzalez have the most room to impress Berhalter after disappointing 2018 campaigns, and at minimum, a strong showing in January camp will help build momentum toward the 2019 MLS season.

Before we get into the breakdown of each field position, remember Berhalter can take as many players as he wants at each spot on the field for the month-long camp.

The New York Red Bulls center back duo of Aaron Long and Tim Parker are worthy of call-ups after their remarkable year in MLS.

Although they’re both trending upward, the Red Bulls pair still has plenty of work to do to break into the full first-team lineup, which is why January camp is critical for both.

Walker Zimmerman is in the same category as Long and Parker, as he needs to translate MLS form into an increased number of international appearances.

The rest of the central defenders on the roster are selected with an eye on the future, as Mark McKenzie, Danilo Acosta and Justen Glad could all make an impact in 2022.

At full back, Greg Garza and Jorge Villafana bring experience to the defensive group while they jockey for position on the left back depth chart.

At right back, Reggie Cannon and Nick Lima have the opportunity to impress Berhalter and earn playing time while lining up beneath DeAndre Yedlin on the depth chart.

Ben Sweat is a bit of a wild-card in the group since he has two appearances at 27, but he’s worth a look as a domestic option at full back, which is still a position of need in the program.

Russell Canouse is one of the few young players in the USMNT system that didn’t receive a serious look from Dave Sarachan during his time as interim manager.

As the calendar flips to 2019, Canouse should receive an opportunity to succeed at the deepest position on the depth chart.

Kellyn Acosta and Wil Trapp will be the front runners to start in defensive midfield, but Canouse, who excelled at D.C. United in 2018, should be in contention for a good chunk of playing time.

Paul Arriola, Darlington Nagbe, Marky Delgado, Sebastian Lletget and Fafa Picault should all be in the mix for playing time on the wings, and they should produce one of the most competitive positional battles of camp.

Brooks Lennon could be used as a Swiss Army knife player for Berhalter in either defense or midfield, depending on where the manager values him the most.

At 27, Kelyn Rowe’s time with the USMNT might be running out, but he’ll receive a chance from Berhalter because of his experience.

Djordje Mihailovic carries a ton of potential, but the Chicago Fire Homegrown player needs reps after suffering an ACL injury that kept him out for most of 2018. The 20-year-old would be a perfect selection with eyes on the future.

The return of Jozy Altidore to the USMNT makes the most sense in March, when the full first team gathers.

That leaves five MLS candidates with the potential to snag a spot on a wide-open depth chart ahead of the games in March.

Christian Ramirez is the top American scorer in MLS over the two years, and that alone makes him deserving of a call-up.

Dwyer’s physicality up top and Zardes’ skill inside the penalty area make them the leading options to start against Panama and Costa Rica, and possible contribute down the line in 2019.

Jeremy Ebobisse and Corey Baird are worth looks after shining for their respective clubs in 2018.

If either player shines in January, they could warrant more looks from Berhalter with no one based in Europe grabbing hold of the forward competition.