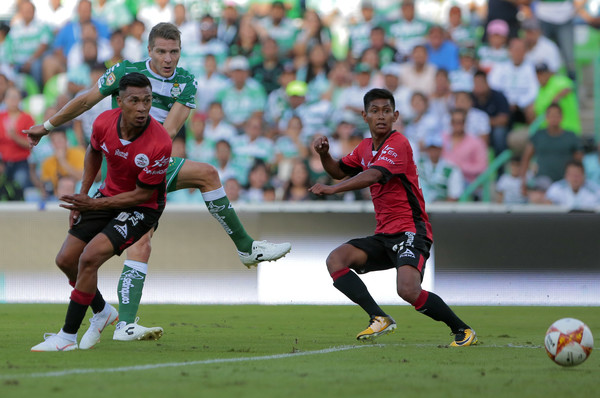 Liga MX side Lobos have come out swinging to begin the Clausura season in Mexico, picking up their second shutout win on Friday.

32-year-old Michael Orozco continued to be a consistent starter for Lobos, playing the full 90 in their recent 1-0 win over Veracruz. After 17 appearances in the Apertura campaign, Orozco got his second consecutive start of the Clausura which now has Lobos sitting in third place after two matches. The veteran won four duels, made five successful clearances, and finished the match with a 89% passing completion rate.

Lobos will look to continue their perfect start on Jan. 20th against Necaxa.

Elsewhere, Quentin Westberg kept his fourth clean sheet in a row for Auxerre while neither Matt Miazga or Theoson-Jordon Siebatcheu got on the field in Ligue 1 play. DeAndre Yedlin and Tim Ream both saw their Premier League clubs fall on the road. Sergino Dest got the start for Jong Ajax in their 2-2 draw against Jong PSV.

Tim Ream started and played 90 minutes in Fulham’s 2-1 loss to Burnley on Saturday.

Luca De La Torre did not dress for Fulham.

Kyle Scott did not dress for Chelsea.

Danny Williams is out for Huddersfield Town.

Cameron Carter-Vickers dressed but did not play in Swansea City’s 1-1 draw with Preston North End on Saturday.

Eric Lichaj dressed but did not play in Hull City’s 3-0 win over Sheffield Wednesday on Saturday.

Geoff Cameron and Antonee Robinson are out for QPR and Wigan Athletic respectively.

Matt Miazga dressed but did not play in Nantes 1-0 loss to Rennes on Sunday.

Quentin Westberg started and played 90 minutes in Auxerre’s 4-0 win over Ajaccio on Friday.

Michael Orozco started and played 90 minutes in Lobos 1-0 win over Veracruz on Friday.

Ventura Alvarado started and played 90 minutes in Necaxa’s 2-1 win over Pumas on Saturday.

William Yarborough dressed but did not play in Club Leon’s 2-2 draw with Monterrey on Saturday.

Tony Alfaro did not dress in Guadalajara’s 1-0 win over Cruz Azul on Saturday.

Jonathan Suarez did not dress in Queretaro’s 3-0 loss to Pachuca on Saturday.

Joe Corona came off the bench and played 34 minutes in Club Tijuana’s 3-0 loss to Tigres on Saturday.

Alejandro Guido did not dress for Club Tijuana.

Jose Torres did not dress in Puebla’s 2-0 loss to Toluca on Sunday.

Keaton Parks did not dress in Benfica B’s 3-2 loss to Braga B on Sunday.

Shaq Moore did not dress in Levante’s 1-0 loss to Atletico Madrid on Sunday.