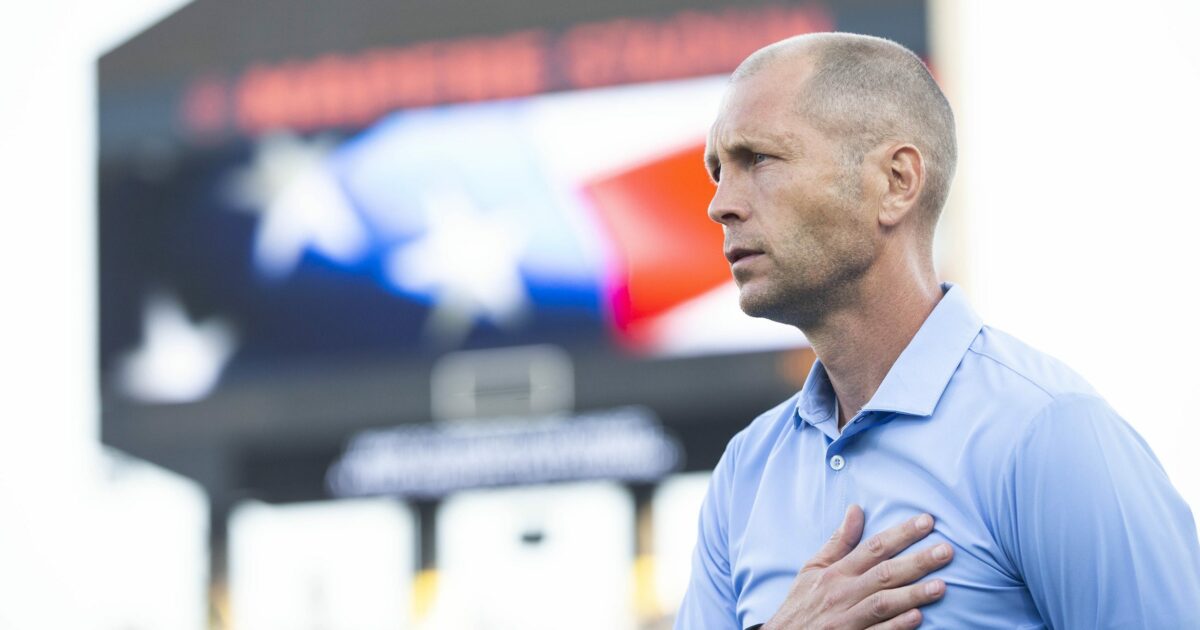 The U.S. Men’s National Team January camp is a unique time, especially during the program’s period of transition.

New head coach Gregg Berhalter has experience with the camp as a player and now he gets to translate that into his role as head coach.

While things like style of play are important for Berhalter and his staff, the manager stressed building a cohesive team above everything else when it came to the goals for January camp.

That goal has been the main focus of every decision he’s made from roster selection to holding the camp at the Olympic Training Center in Chula Vista, California.

The team won’t have to leave the facility for any reason. All the players and coaches are staying on the campus. The fields are right there and in pristine condition. The gym and other off-field training facilities are top notch and, again, right there next to everything else. The environment is exactly what Berhalter wanted.

“I think it’s a great environment to foster one of our main objectives of the camp, and that’s team building,” Berhalter said during his camp opening press conference. “We’re here, we’re going to be together here.  It’s an intensive period, but it’s a focus period. I think we’re really going to get quality time together as a team.”

In order to build a tightly knit group, Berhalter has his players staying in a dormitory for the duration of the camp. He mixed up roommate assignments so the guys can get to know their more unfamiliar teammates. Some rooms have as many as four players in a fairly small space. He hopes this allows the players to get to know each other off the field as well as they do in it.

It’s an unfamiliar setup for some of the players, but it doesn’t seem to be harming morale. At least not yet.

“First dorm really since residency in Bradenton,” midfielder Paul Arriola said. “But it’s great. As professionals this is our job. This is what we’re here to do. We’re not here for vacation, we’re not here to go and sight see. Specifically, we’re here to train and to get better.”

Everything, including teammates, being so close makes it easier to build the team cohesion that Berhalter seeks. Arriola is on board with the idea and thinks that being around everyone else 24/7 will help the team grow.

“It definitely makes it easier, for us,” Arriola said. “I think the most important thing is that we’re all together always, that we’re a group. Obviously there’s a bunch of new faces. Everyone is fairly new. So for us it’s important to be together and learn about each other and always interact. So, it’s pretty good.”

Berhalter made sure to explain why he’s running this camp the way he is. Communication is important to the new boss and he made sure to get his message across right away.

Everything his players do matters, whether it’s on the field during his competitive practices or off the field when bonding with teammates. He and his staff are looking at everything the players do when evaluating them for the future.

“I think it was very important to tell the players how they were going to be evaluated in this camp,” Berhalter said. “It’s not only going to be what happens on the field. It’s going to be how they fit in culturally to what we’re doing. So that is a big part of it, of course we’re looking at those things. We’re aware of that we want them to get to know each other, we want them to enjoy this camp, enjoy the time they have together, and we want them to play soccer.”