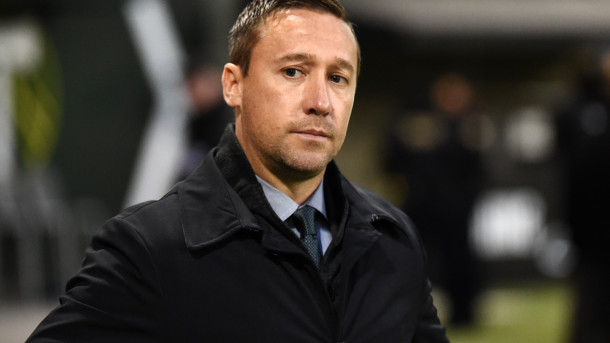 The Columbus Crew have added a pair of veteran pieces to their team for 2019, announcing Caleb Porter as their new head coach while naming Tim Bezbatchenko as their newest president.

Porter had been linked with the Crew position for the last few months after Gregg Berhalter left to become the newest manager of the USMNT. The 43-year-old last served as head coach of the Portland Timbers from 2013-17, posting a 68-50-52 record and lifting the 2015 MLS Cup.

He will be the eighth head coach in club history, after being out of work since 2017.

“I am honored to join Columbus Crew SC, a club with a rich history in Major League Soccer and a city with great appreciation for its beloved club dating back to 1996,” said Porter. “It is exciting to be part of the vision that The Edwards Family and The Haslam Family have in mind for Crew SC and I look forward to working closely with Tim to build on the success the team has had in recent years.”

“In the days and weeks ahead, I am eager to return to Ohio and begin working with our players and staff to prepare for the upcoming season. I look forward to meeting the dedicated supporters of the club and the chance for my family to be a part of this wonderful community is something that inspires me, as is the opportunity to work each day towards bringing a trophy to the City of Columbus.”

Bezbatchenko comes from Toronto FC where he was the team’s Senior Vice President of Soccer Operations and General Manager from 2013-18. He helped lead TFC to an MLS Cup in 2017 as well as the Canadian Championship and Supporters Shield.

“Tim’s track record in building a successful team, including an MLS Cup in 2017, along with his experience on both the league-side and club-side of Major League Soccer make him uniquely qualified to serve as President and provides strong leadership,” said the Crew SC Investor-Operator Group. “Caleb has been a proven winner every place he has coached and like Tim won an MLS Cup in 2015.”

“He has a deep understanding of how to build formidable and successful programs and is well respected for his soccer acumen and development of players. With Tim and Caleb sharing some Ohio roots, we feel they are the perfect fit as we move into a new era of Crew soccer.”

The Crew kicks off their 2019 regular season schedule at Mafpre Stadium on March 2nd against the New York Red Bulls.