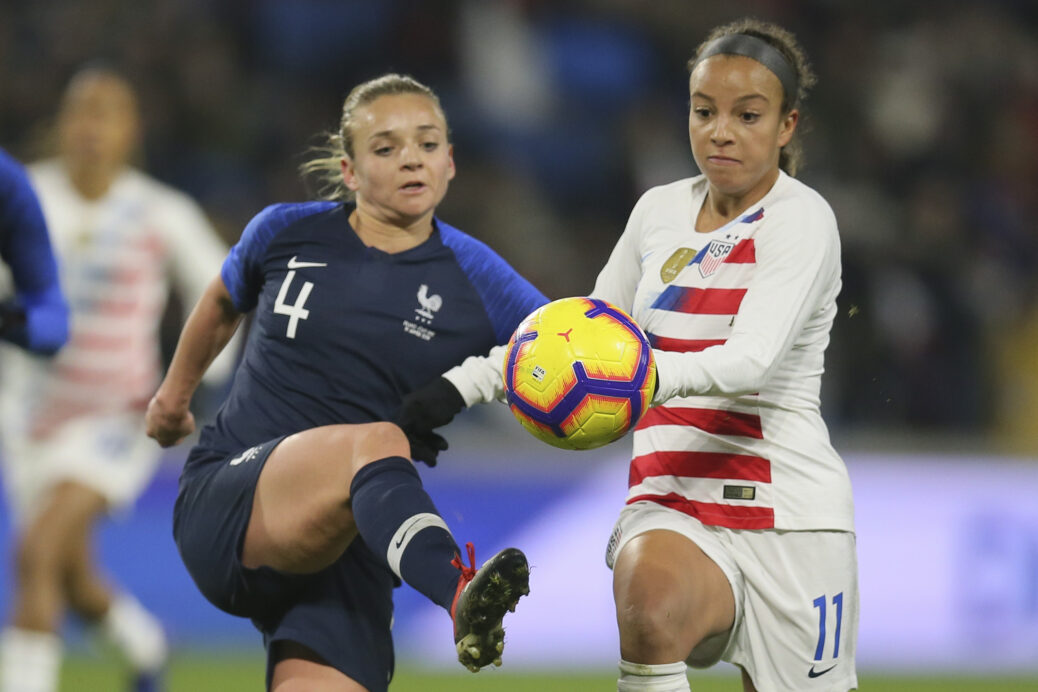 The U.S. Women’s National Team rolled to a stellar 2018 but unfortunately did not taste victory in their opening match to the new year.

Jill Ellis’ side fell 3-1 on Saturday to World Cup hosts France in Le Havre, snapping a 28-match unbeaten streak in all competitions.

Kadidiatou Diani broke the deadlock in the ninth minute for France, chipping Alyssa Naeher with a clever finish.

After scoring the opening goal in the match, Diani doubled France’s lead with a superb individual effort in the 56th minute.

Marie-Antoinette Kakoto added an insurance goal in the 78th minute, beating the USWNT backline and Naeher before rolling into an empty net.

Mallory Pugh gave the USWNT a consolation goal in the first minute of second-half stoppage time, collecting a pass from Carli Lloyd before finding the bottom-right corner.

Naeher made six saves in the defeat for the USWNT which saw several regulars miss out. Megan Rapinoe, Tobin Heath, Casey Short, and Julie Ertz all missed out due to minor injuries while Kelley O’Hara is still on her way back from ankle surgery.

Up next for Ellis’ squad is a trip to Spain on Jan. 22nd for their first ever meeting with between the two sides.