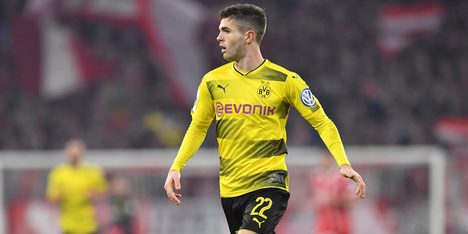 Christian Pulisic is expected to miss a pair of matches for Borussia Dortmund after suffering an injury last week.

The 20-year-old U.S. Men’s National Team midfielder suffered a muscular injury in Dortmund’s 3-0 defeat at Tottenham in the UEFA Champions League. Pulisic got the start for Lucien Favre’s side but was unable to help the Bundesliga leaders avoid a lopsided first leg loss in London.

Pulisic is doubtful for Dortmund’s league match against Nuremberg on Monday and is also a doubt for next weekend’s clash with Bayer Leverkusen.

It is unsure whether Pulisic will be fit in time Dortmund hosts Tottenham at Signal Iduna Park on March 5th.

Pulisic has scored four goals and registered three assists in 22 appearances across three competitions this season. He has found the back of the net once in Champions League play this season.