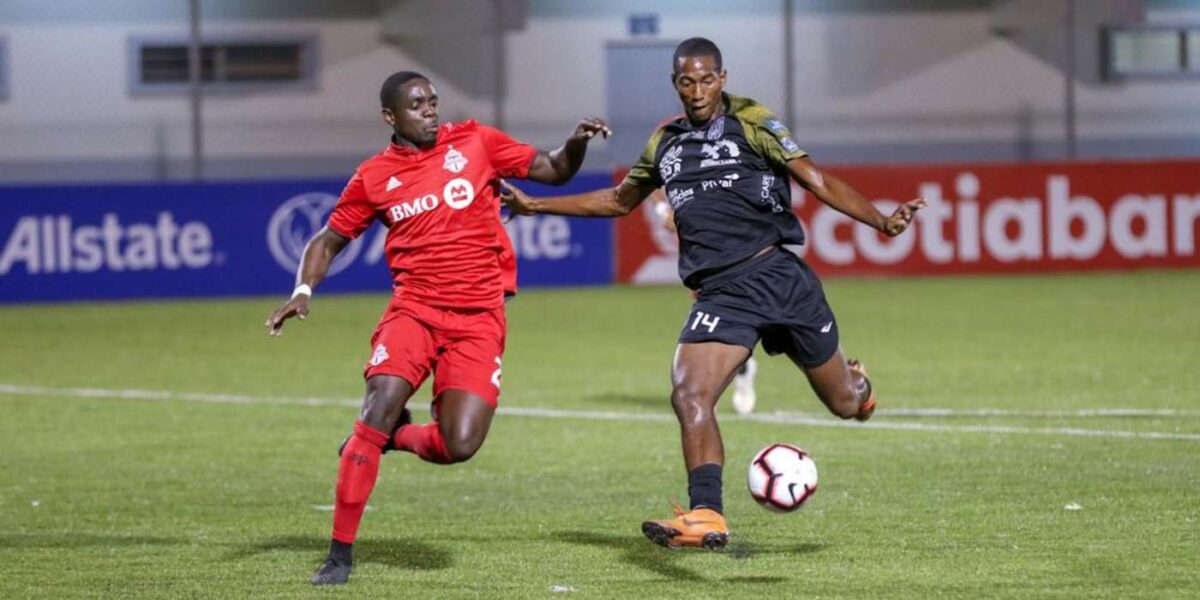 Toronto FC needed plenty to go their way in Tuesday’s Concacaf Champions League second leg against Independiente. After a dismal first-leg performance in Panama, the Canadian club was unable to overcome a heavy aggregate scoreline at home.

TFC tied Independiente 1-1 at BMO Field but was eliminated after falling 5-1 on aggregate.

Jordan Hamilton gave TFC an early lifeline in the 19th minute, scoring his first goal of the season. The striker rose highest and got his head to a Justin Morrow cross to break the deadlock.

Hamilton came close to adding to TFC’s lead on the evening, but a diving save from Jose Carlos Guerra kept the second-leg deficit at one.

After scoring a brace in the first-leg triumph, Omar Browne continued his strong run of form as he iced the tie for Independiente in the 67th minute. A poor header from Laurent Ciman allowed Browne to take off on a breakaway before he rounded Alex Bono and slotted into an empty net.

Despite 10 shots on goal and 28 in total, Greg Vanney’s side were eliminated at the Round of 16 stage.

TFC now heads into their MLS regular season opener on Saturday against the Philadelphia Union, looking to bounce back from their early exit in CCL.