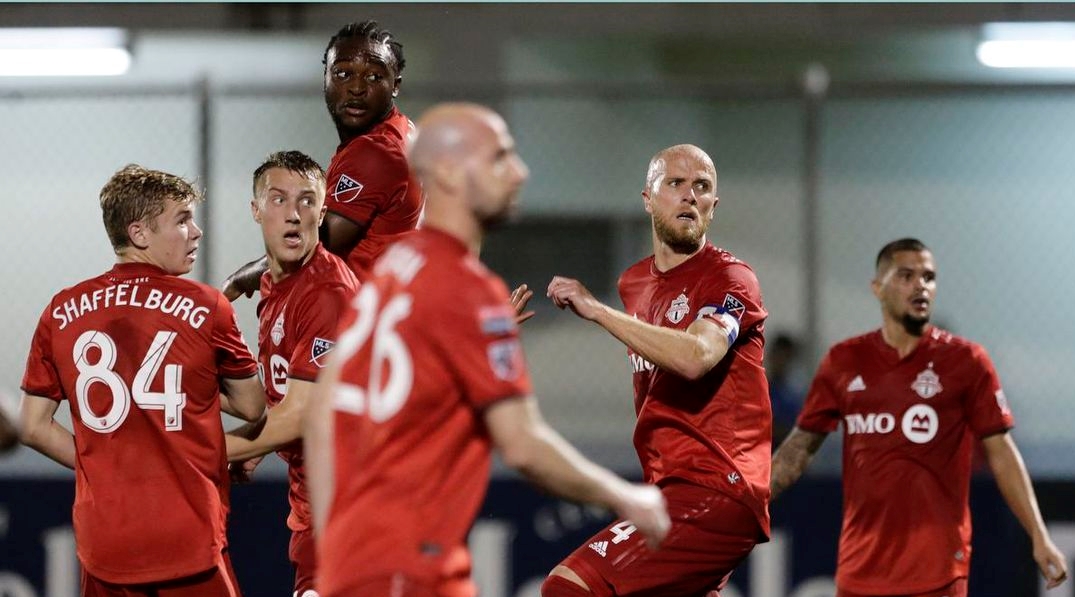 No one expected Toronto FC to hit rock bottom so fast after winning the 2017 MLS Cup and placing second in the 2018 Concacaf Champions League.

Even with injuries and holes in the squad affecting the Reds, they were expected to win on Tuesday night against Panamanian side Independiente in the Concacaf Champions League.

After falling 4-0 to the Panamanian club in one of the worst performances an MLS club has put together in the CCL, the Reds are at rock bottom.

Sebastian Giovinco isn’t coming back to save the Reds, and Jozy Altidore, who is working his way back from ankle surgery, might not even be the answer for the second leg of the round-of-16 matchup at BMO Field next Tuesday.

Even if Greg Vanney had players like Giovinco and Altidore at his disposal, it still wouldn’t have been good enough to advance, as long as the team’s defense remained in its current state.

Laurent Ciman and Chris Mavinga turned in awful performances against the Independiente attack, with Ciman’s showing being particularly embarrassing, as he was responsible for players getting open looks on goal on the first two strikes out of the Panamanian side.

Allowing 14 shots, five of them going on target, against an opponent that was perceived to be much weaker than TFC is simply unacceptable.

Toronto could’ve gotten away with putting zero shots on goal if it played to a scoreless draw or lost 1-0, but it was apparent from the early stages that simply wasn’t going to happen.

The problems at Toronto lie deeper within than many of us thought they did.

Instead of banking on the club to bounce back from its rough 2018 campaign, maybe we should’ve read more into Gregory van der Wiel’s departure after a clash with Vanney, the 5-1 preseason defeat to the Las Vegas Lights of the USL and Giovinco’s willingness to leave after years of success in MLS.

Maybe we put too much trust in Toronto’s roster-building process and thought that a similar squad to the championship-winning side from 2017 could pull off an easy continental result at the start of the campaign before reinforcements come in the form of healthy players and new signings.

Even if Altidore is healthy and a replacement for Giovinco comes into the squad soon, Toronto’s issues have already been aired out by a team that made its debut in the CCL.

Vanney and his players need to look internally for a solution, or the head coach will be without a job in the near future and the players will be playing to keep their spots on the roster soon thereafter.

There’s no doubt that Tuesday was rock bottom and sent a message across MLS that this isn’t the Toronto FC we’ve come to know over the past few years.

It’s possible for Bradley and Vanney to rally the troops ahead of Tuesday’s game and pull off a miraculous comeback to salvage the club’s CCL hopes, but what’s more important is the message they deliver internally ahead of the 2019 MLS season.

If Tuesday’s result doesn’t wake up the locker room, Toronto FC could be in line for more embarrassing defeats before a swift wave of change shakes things up north of the border.