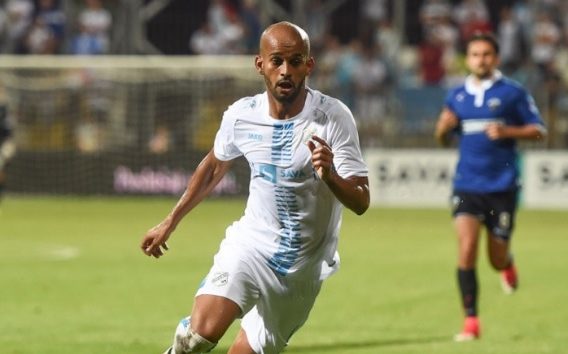 The club announced they’ve signed Heber Araujo dos Santos from Croatian side HNK Rijeka using Targeted Allocation Money. Heber, 27, scored 25 goals in 38 appearances for Rijeka since joining in 2017. He helped the team to the UEFA Europa League group stages in 2017-18.

“I’m feeling super motivated for this new challenge in my life,” Heber said. “I hope to reach great things with my new teammates for this club. When they showed me the project and what they plan to reach, those were the fundamental points that helped my decision to come to NYCFC.”

During his professional career, Heber also appeared for Figueirense, Alashkert, and NK Slaven Belupo. He’s made over 150 professional appearances and will add another option to Dom Torrent’s attacking front.

Daniel Salloi is the latest Sporting KC forward to be sidelined.

The 22-year-old will be sidelined for six weeks due to an ankle injury, SKC head coach Peter Vermes confirmed on Thursday. The news comes a day after the club announced Erik Hurtado would be out 2-3 months while recovering from arthroscopic knee surgery.

Salloi broke out in 2018 for the Western Conference club, scoring 11 goals and adding seven assists while helping the team to a No. 1 spot in the regular season. The team is 1-1-1 so far in MLS play this season and has advanced to the semifinals of the Concacaf Champions League.

Toronto FC added a former first round SuperDraft selection to their squad on Thursday.

The club announced they’ve signed Richie Laryea after the 24-year-old was on trial with the team this preseason. Laryea was the No. 6 overall selection in the 2016 MLS SuperDraft by Orlando City SC.

The midfielder will give Greg Vanney a versatile option to consider in the future. TFC returns to league action next Friday against NYCFC.

Eight weeks after rupturing the retina in his left eye, Farrell received full medical clearance on Thursday and now is pushing to make his 2019 debut this weekend against FC Cincinnati. Farrell suffered the injury in training this past preseason, after a shot redirected off the post and struck the defender in his left eye.

“It’s good, all clear,” Farrell said. “100 percent. I feel great. I’m happy to be back in full training with the team and being involved with the guys. I’m looking forward to this weekend.”

The 26-year-old has made 30 or more appearances in each of his six seasons in Foxborough. Despite having three weeks of preseason training under his belt prior to the injury, Farrell was forced to stay in bed to rest for two weeks. He’s been training on his own for the last three weeks before actually receiving medical clearance and should bring experience back to the Revs’ backline.

“We’ll see how it goes,” Farrell said. “Obviously, I’m excited to be back in with the team this week. We’ll see how that goes. If not, I’ll keep going and keep going until I’m ready to join and help out the team.”