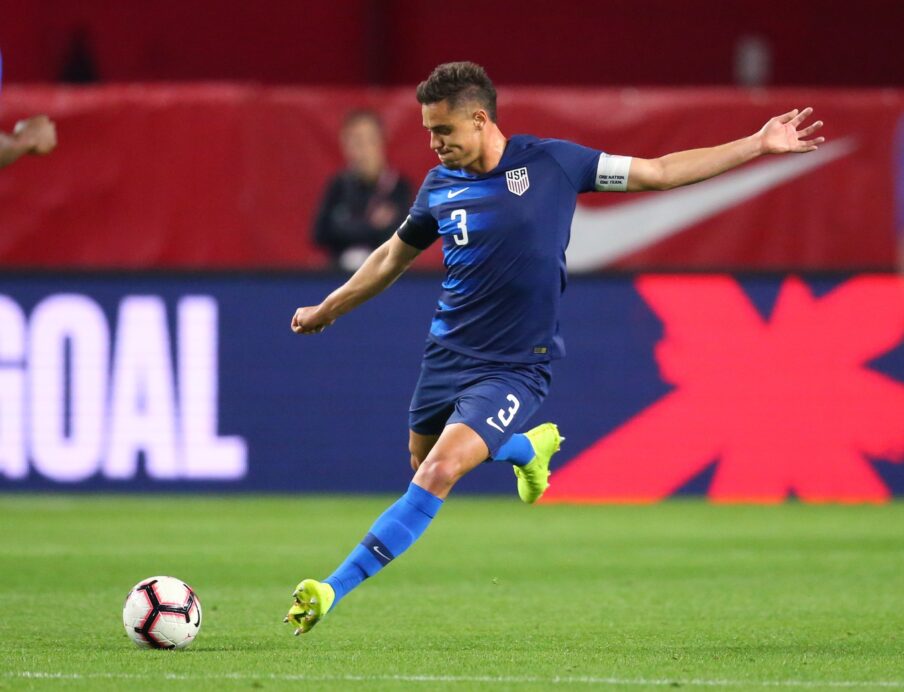 The U.S. Men’s National Team earned its third clean sheet under new head coach Gregg Berhalter, and center back Aaron Long was one of the main reasons why.

Long, who continued his string of solid performances in red, white and blue next to John Brooks, is the SBI USMNT Man of the Match from the 1-0 win over Ecuador.

Long put out plenty of fires next to Brooks and looked sound given the demands of the position in Berhalter’s system.

In fact, the USMNT didn’t concede a shot on target and only let up one shot against the South American side.

In addition to Long, Brooks turned in a solid showing in the middle of the USMNT defense.

Wil Trapp, Tyler Adams and Gyasi Zardes, who scored the lone goal of the contest, are also worth of honorable mention.