USWNT fights back for 2-2 draw against England 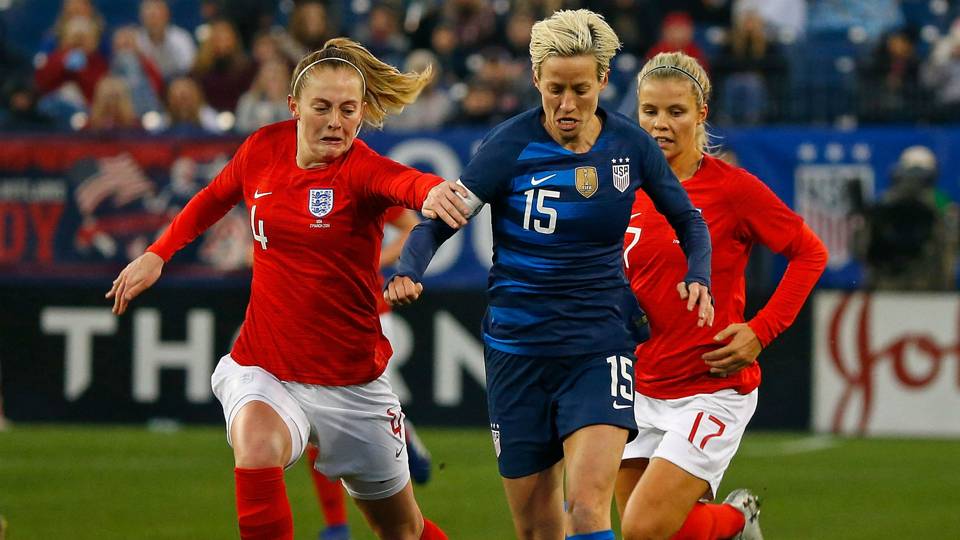 After being hit back twice in their opening match of the She Believes Cup, the U.S. Women’s National Team completed their own comeback on Saturday.

In front of over 22,000 fans at Nissan Stadium, Jill Ellis’ side used a second-half equalizer from Tobin Heath to tie England 2-2.

Megan Rapinoe broke the deadlock in the 32nd minute, rifling home a half-volleye missile into the roof of the goal. A poor clearance by the Three Lionesses backline allowed Rapinoe to chest the ball down, let it bounce once, and smash it in for her second goal of the tournament.

England would cap off some great passing in the 52nd minute with Nikita Parris giving Phil Neville’s side a 2-1 second-half lead.

The USWNT would dig in however and tie the match after England could not clear a loose ball once again. After a scramble in the box, Alex Morgan’s shot was saved by Karen Bardsley but Tobin Heath was there to put away the rebound in the 67th minute.

France would make one save in the match while Bardsley made three.

With the draw. England, Japan, and the USWNT all have a chance to lift the trophy on Matchday #3 in Tampa on Tuesday.

Japan will take on England in the early match before already-eliminated Brazil takes on the USWNT.