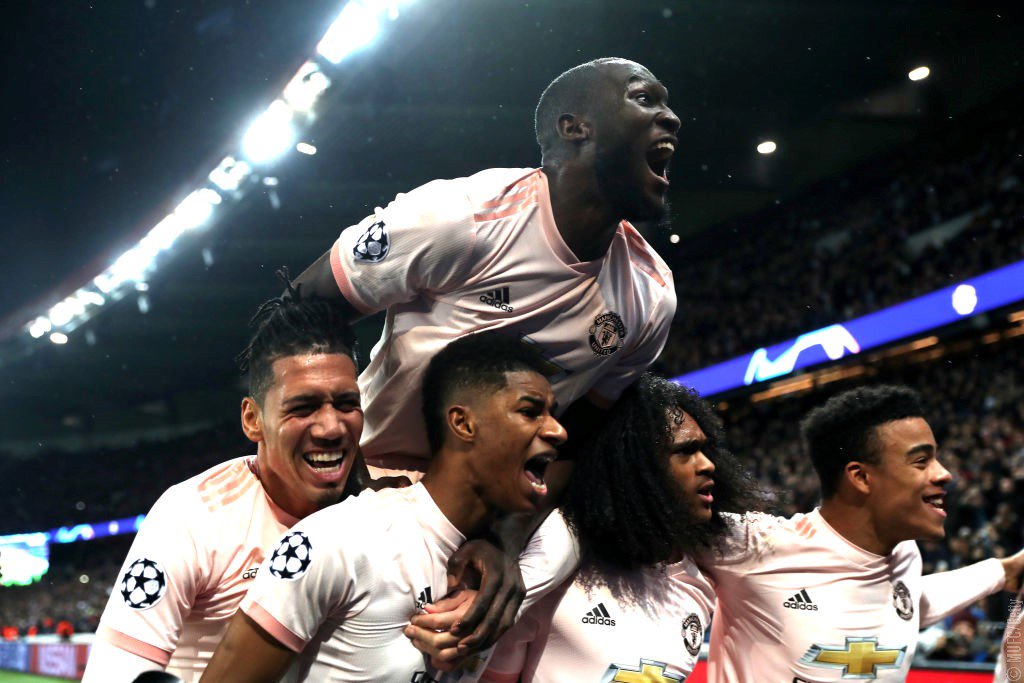 Manchester United used a trio of goals in Paris to take down PSG on Wednesday overcoming a 2-0 deficit they picked up in the first leg.

A game not short of drama saw a game-winning penalty slotted home by the Red Devils. Marcus Rashford stepped up with confidence, ignored a few distractions and sent the ball over Gianluigi Buffon.

Romelu Lukaku scored his first of two goals in the second minute pouncing on a poor back pass from Thilo Kehrer setting the mood for United’s comeback. Juan Bernat quickly canceled Lukaku’s goal out as he got on the end of Kylian Mbappe pass sent to the far post.

Lukaku’s second goal also came via a PSG mistake as Buffon failed to handle a long-range Rashford shot. Once again the Belgian was quickest to react and put his side in front.

Manchester United have reached the quarterfinal stage of the UEFA Champions League for the first time in five years thanks to Wednesday’s result.

Porto matched Roma’s 2-1 win in the opening leg with a 2-1 lead through the opening 90 minutes in Wednesday’s second leg. Porto then went on to score a penalty in extra time that advanced the Portuguese club into the quarterfinals.

Alex Telles stepped up to take the penalty kick in the 117th minute and sent Robin Olsen the wrong way before running off in celebration.

Toquinho opened the scoring for Porto in the 26th minute putting an end to an electric counter-attack. The Brazilian was enabled to tap home from close range thanks to a selfless pass from Moussa Marega.

The UEFA Champions League Round of 16 second legs continue next week.