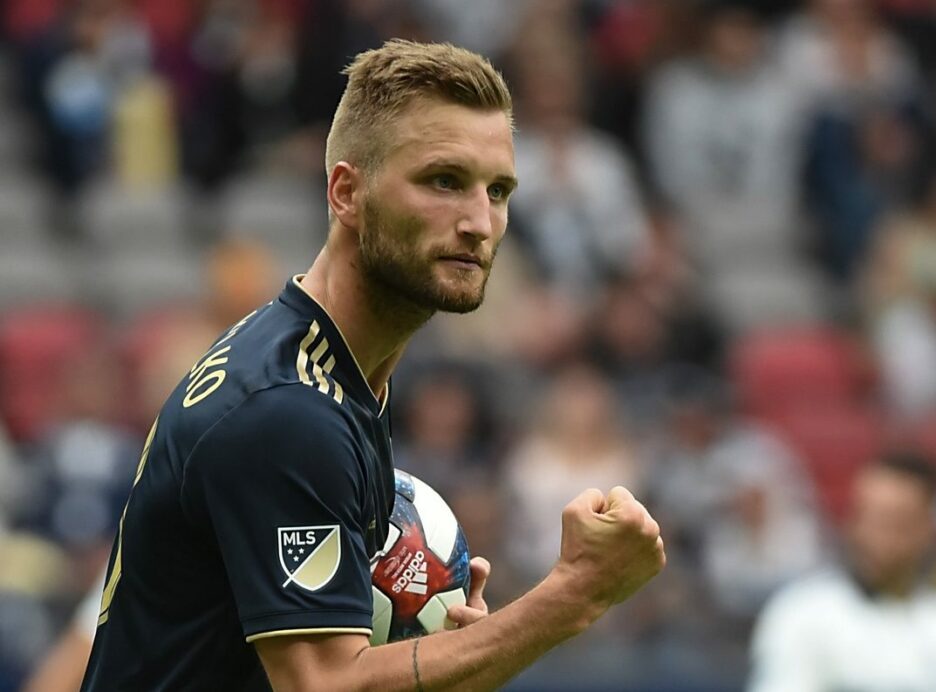 Jim Curtin called on his depth once again and those players stepped up in a big way on the road. The Union fought back for a 1-1 draw at BC Place against the Vancouver Whitecaps on Saturday night, with Kacper Przybylko and Matt Freese standing out in the result.

“Overall, all things considered, the amount of guys we’re missing, the travel, I think the result was good,” Curtin said. “A lot of players stepped up in a big way today against a good Vancouver side on the road. Can’t say enough how proud I am of the guys tonight, probably could’ve stolen a second goal at the end but the performance was good.”

“A lot of guys deserved credit tonight, Matt [Freese] for a 20-year-old he was composed in the back, Gaddis and Mbaizo did a good job, centerbacks did decent except for the goal which we allowed. Kacper [Przybylko] contributing with a goal when we needed it. We’ve used our whole roster and every player has helped in some way or another. It’s been challenging situations for us this season, but our roster has been strong.”

After conceding their first goal since the 36th minute against the LA Galaxy 14 days ago, the Union knew better effort had to come after halftime. In his first start for the club, Przybylko showed composure and a will to score as he beat Maxime Crepeau for his first MLS goal.

The 26-year-old finished the match with three shots on goal, the most for any Union player on Saturday. He also won six headers and seven duels, filling in for Cory Burke who missed the match due to personal reasons. It was a solid performance by the German who proved his worth in a moment the team needed him most.

“First of all, thank you to everyone for believing in me and giving me this chance in the starting eleven,” Przybylko said. “I liked being able to start from the beginning and scoring the goal. I just wanted to win the game and being able to score the equalizer was a good feeling.”

“It’s not my first professional game but I’m just happy and filled with excitement to help this great team,” Przybylko said. “I was fighting to stay healthy for the team and being able to now come into the team is confidence for me. Now we have to go forward and continue to fight with this energy.”

On the back end 20-year-old Matt Freese earned his first MLS start, filling in for the injured Andre Blake. Freese was calm and composed for the Union, making six saves in a hostile environment at BC Place. After making four saves in the opening 45 minutes, the Union helped take pressure off of Freese by frustrating Vancouver the rest of the match.

Centerbacks Auston Trusty and Jack Elliott continued their partnership this season, while Olivier Mbaizo started for the suspended Kai Wagner. Outside of Yordy Reyna, the Union limited the rest of the Whitecaps offensive weapons to only two shots on goal and grabbed an important point as they return home for back-to-back home matches.

“It felt really great to be in there,” Freese said. “Looking back it’s an exciting game, it’s fast paced on the turf, thought it was pretty even between the teams. I think fighting back to get the point was a positive for us even though it wasn’t our best performance of the season.”

“We have a pair of important home games coming up which we’ve set ourselves up for,” Curtin said. “The guys have had a good start to the season and we need to continue to be pushing for a home game come playoff time.”