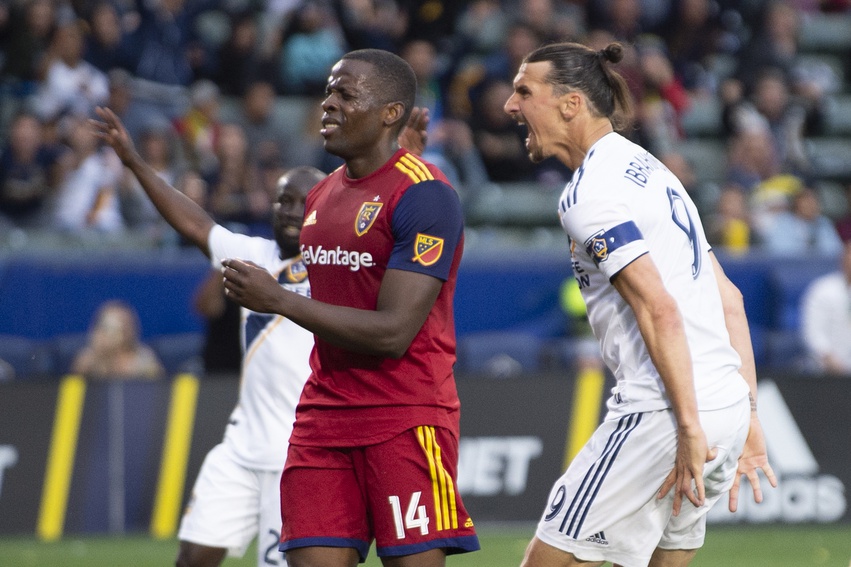 Ibrahimovic was seen trying to enter the RSL locker room to apologize for the physical nature of his play against Onuoha, which reached a fever pitch when the Swedish forward dragged down the center back in the 60th minute.

Zlatan Ibrahimovic went into the locker room apparently to apologize to Nedum Onuoha for fouling and taunting him during the game. Nedum wanted no part of his apology. #mls #RSL #rsltid pic.twitter.com/F2zcmPTbC2

Onuoha wasn’t having any of Ibrahimovic’s apology, and he ripped into the antics of the Galaxy forward after the 2-1 defeat to the Galaxy.

Nedum Onuoha explains to @syarock what happened when Zlatan came into the @realsaltlake locker room and why he didn't accept Zlatan's apology. #RSL #mls #rsltid pic.twitter.com/RNH36Olpv7

Ibrahimovic, who scored the game-winning goal in the 78th minute, provided his own unique response to the situation.

“I like to feel alive,” Ibrahimovic said. “I like when it becomes duels and that, because sometimes – not that I fall asleep, but I don’t feel alive if they don’t actually activate me. … When I get angry, I feel good.”

Galaxy midfielder Sebastian Lletget admitted the kerfuffle between Ibrahimovic and Onuoha sparked the Galaxy over the final stretch of the contest.

“You know him, he loves that stuff,” Lletget said. “He does it to get in [the opposing player’s] head, and I think this time it worked. … And it gives the group a little more energy, a little more fight and grit, you know what I mean?”

The victory moved the Galaxy to 6-0-0 at home and kept them one point back of rival LAFC in the Western Conference, while Real Salt Lake dropped to 1-4-1 on the road and 3-5-1 overall.