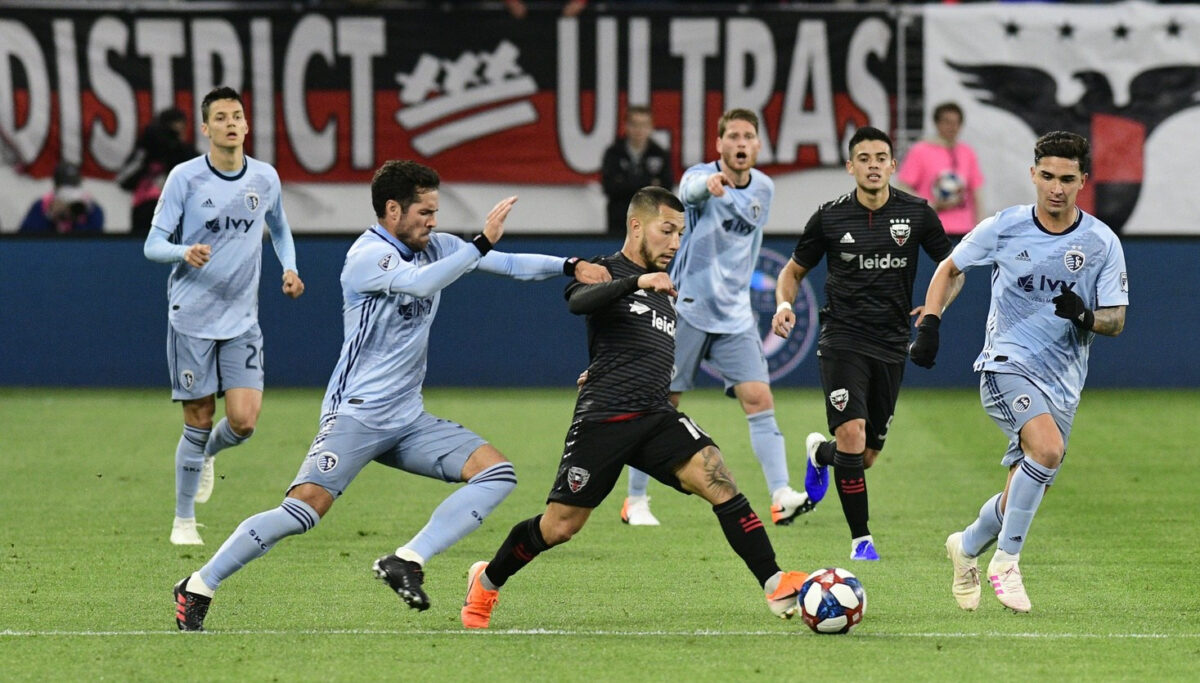 D.C. United had to wait long for a breakthrough against Sporting KC but it eventually came late in the second-half of Sunday’s inter-conference showdown.

Paul Arriola’s 79th-minute strike was all Ben Olsen’s side needed to edge SKC 1-0 at Audi Field.

An even first-half saw both goalkeepers put up to the test.

Wayne Rooney had the best chance for D.C. in the opening 45 minutes, forcing Tim Melia into a diving save. Steve Birnbaum and Frederic Brillant also had efforts in quick succession but couldn’t break the deadlock before halftime.

Arriola’s blistering effort broke the deadlock in the 79th minute which gave D.C. all three points. Arriola cut inside and curled a right-footed effort into the right side of the goal.

Hamid made four saves to earn the clean sheet as the Black and Red stay level on points with the Philadelphia Union.

Arriola’s blistering effort sealed the points for D.C. in a wet and wild affair at Audi Field.

The game needed a spark and Arriola’s goal did just that to decide the points.

Felipe Gutierrez was ineffective in midfield, something that doesn’t happen too often for SKC.