Earthquakes recent success due to better communication, and an app 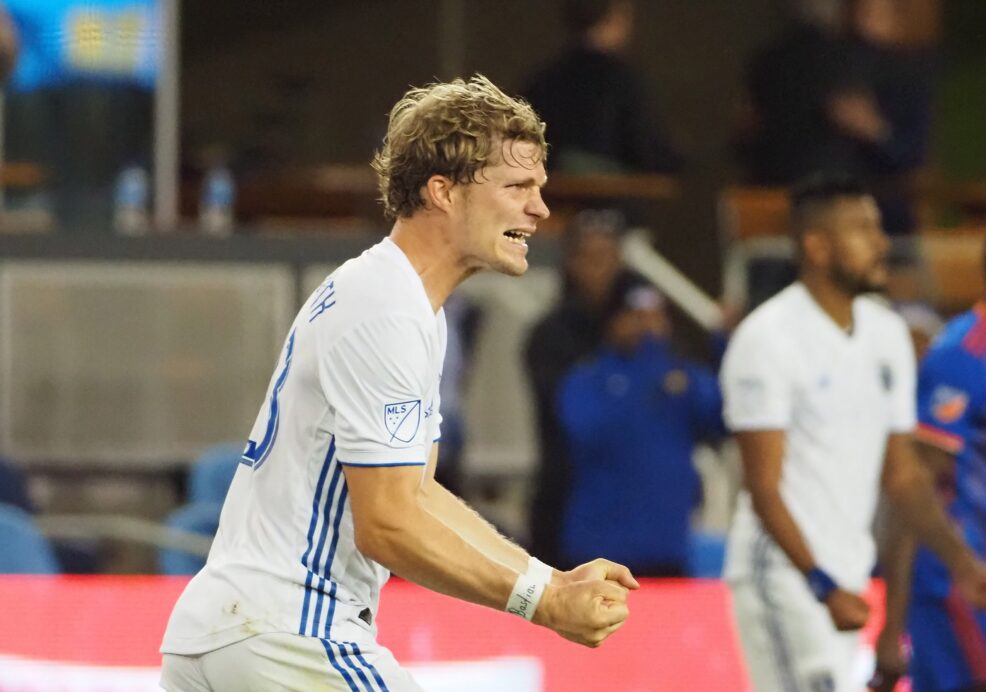 It’s been said that communication is the key to any successful relationship.

The San Jose Earthquakes are no stranger to that idea.

Communication – either verbal or physical– is a key part of the Earthquakes man-marking system, especially defensively, and they’ve shown that they’ve improved that during their current four-match unbeaten streak.

Throughout the current unbeaten stretch, players on the team have preached the importance of the improvement of the team’s communication on the pitch.

“Communication is key because, obviously, you see a lot of situations that we go man-to-man,” defender Florian Jungwirth explained after last month’s win over Sporting Kansas City. “Sometimes the players switch their positions and I think that’s the key. I think that was something which needed time.

“I would say that now we are implementing it better and better,” Jungwirth said.

With players from all over the world, mostly from parts of North and South America, the language barrier was an apparent obstacle for San Jose in the early goings, especially in the first month of the season where Matias Almeyda’s system looked to be a bust.

So, how did the Earthquakes get over the language barrier quick enough to go from a disastrous start to the current trend they’re on now with the Earthquakes back above the playoff line entering Week 11?

“Normally I’m working with Cristian (Espinoza) in front of me and Harold (Cummings) to the left of me, and that’s partly why my Spanish has improved a lot,” Thompson explained after training on Wednesday. “We have to be able to communicate and I’m doing everything I can to bridge that gap and they’re doing everything they can to as well, their English is getting better and better every day.

“It was interesting today at training. It was the first time in a while that I had someone that could speak English in front of me,” Thompson said.

“Duolingo is an amazing application,” Thompson said. “When we were in Cancun, I spent 40 hours, five or six days on this application. Every time we had downtime, I was on my phone translating sentences. I do that because I know how important communication is in this sport and I want to continue doing everything I can to help bridge different gaps on this team.

“I definitely say Duolingo has been a huge part of that because it helped me,” Thompson said. “It’s helped Cristian Espinoza and it’s helped Shea Salinas.”

Duolingo is a free language-learning website and app that originally launched to the public in 2012 that helps users learn various languages, highlighted by the over 22 million users that use it for Spanish.

Cummings said that he’s impressed with Thompson learning Spanish so quickly and that he was speaking Spanish within three days.

“He learned Spanish in 72 hours,” Cummings said. “It’s incredible. We can understand him perfectly, very clearly. I’ve been here for three years and I don’t speak any English.”

“In this system, you need a lot of communication,” Cummings said. “I think that now we’re adapting it to our game. We feel better. “I think that the language of football is universal. So, it doesn’t matter if you speak English or Spanish, what matters is what you interpret on the pitch.”

Cummings added that he does speak some English to his teammates, even though he’s a bit shy about it.

“Sometimes I don’t want to speak up because I don’t know how to pronounce the words properly, but when it comes to understanding, I understand a lot of things. Tommy, when he speaks to me, he speaks to me in Spanish, but when I respond, I speak to him in English and then we help each other out,” Cummings said.

San Jose has flipped the script since the start of April, going unbeaten in five of their last six including riding a four-match unbeaten streak heading into Saturday’s match at the struggling New England Revolution.

Almeyda gave credit to the Earthquakes string of success to other factors on the pitch.

“I think we are marking better,” Almeyda said on Wednesday. “There is more concentration and they are responding well, but this is day-to-day and game-to-game.”