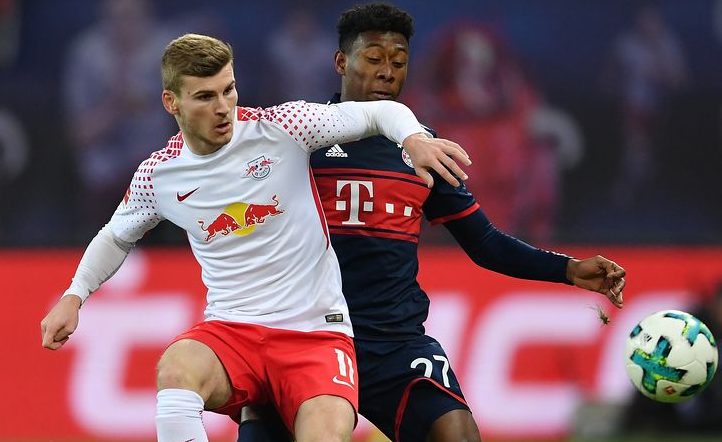 Two of the top three teams from the German Bundesliga will duke it out from Berlin on Saturday for the German Cup.

Bundesliga winners Bayern Munich seek a domestic double while RB Leipzig looks to spoil the party. Niko Kovac’s side come into the match on an 11-match unbeaten run in all competitions and a recent 5-1 thumping of Eintracht Frankfurt last weekend. Robert Lewandowski and Serge Gnabry each have three goals in the competition and will headline a Bayern attack seeking constant possession.

RB Leipzig have failed to taste victory in either of their last three matches, but will look for the perfect sendoff to the season. Timo Werner has three goals this season in the tournament while Yussuf Poulsen has provided a significant threat next to the German. Tyler Adams’ versatility has been a bonus for Ralf Rangnick’s squad who last defeated Bayern in 2018.

Elsewhere, Barcelona seeks a domestic double as they entertain Valencia in the Copa Del Rey final. The top six race concludes this weekend in Serie A as Torino is the only outside team looking in. Ligue 1 also concludes with several teams not guaranteed safety from relegation.

A prominent matchup comes from Sevilla on Saturday with La Liga winners Barcelona taking on Valencia for the Copa Del Rey. Ernesto Valverde’s side are unbeaten in their last two matches, including a 2-2 draw against Eibar on the final matchday. With Luis Suarez injured, Lionel Messi’s role grew even more as he aims for his first win over Valencia this season.

Valencia tied Barcelona twice in La Liga play this season and come into the match off two straight wins. A dynamic attack has seen several players find their form this season for Valencia, but they will need to carry that over in this tough contest. Santi Mina and Rodrigo each netted four times in the Copa Del Rey while Kevin Gameiro is a physical presence up top as well.

Torino comes into this weekend’s clash with Lazio needing a win paired with a Roma loss to make it to the Europa League next season. The hosts suffered a heavy 4-1 loss to Empoli last weekend, but will need to put up a strong effort against their seventh-placed opponents. Andrea Belotti has 15 goals in league play, including three in his last four appearances.

Lazio are eliminated from European qualification but would love to end the season on another high after lifting the Coppa Italia earlier this calendar year. Ciro Immobile had a down year by his standards, scoring only 14 goals in league play. The 29-year-old reached the 20-goal mark in Serie A each of the last two seasons, but has not scored against Torino in the last three meetings.

Four teams come into the final weekend of the Ligue 1 season, trying to save themselves from relegation. Sitting in 19th, Dijon are three points from safety and will need to win and hope for a Caen defeat. Dijon welcome Toulouse to town and will rely on Julio Tavares and Wesley Said in attack. The pair has eight league goals between them this campaign.

Caen, currently on 33 points, are in the relegation playoff spot and will need to win paired with other results for any chance of avoiding it. A home date against Bordeaux is a favorable match after Caen earned a point in their first meeting in November. Enzo Crivelli (six goals) and Faycal Fajr (five goals) are the likely playmakers to watch.

Amiens are in 17th and safe for now, but due to goal difference could drop down if things don’t go their way. Guingamp visits Amiens on Friday with the hosts seeking a season sweep of their opponents. Moussa Konate has seven goals in attack for Amiens, who haven’t won since March 9th.

Monaco ended a lengthy winless run last weekend and are three points clear of Caen. A point will guarantee them safe in Ligue 1 after a disappointing season under Thierry Henry and Leonardo Jardim. Radamel Falcao continues to be the lone attacker with 15 goals this league season, but should Monaco go down expect a lot of moves in the offseason.