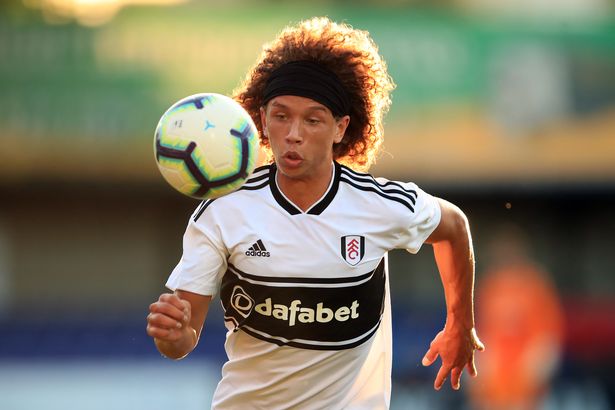 With the Concacaf Gold Cup set to kick off in just under a month’s time, the U.S. Men’s National Team will shortly begin preparations for a possible title under head coach Gregg Berhalter.

With a wide-range of players to choose from ahead of his first tournament as USMNT boss, Berhalter had some tough decisions to make with players coming off injury as well as disappointing seasons abroad. With 40 players chosen on Monday for the provisional roster, the final roster will need to be trimmed to 23 in roughly two weeks.

A bit of a head-scratching decision by Berhalter who called in Fossey, a player who has yet to appear for the USMNT. Currently with English second-tier club Fulham, Fossey is coming off only three league appearances with Fulham’s U-23 side this season due to injuries.

A right back by trade, Fossey is talented but raw at the senior level despite appearing for the U.S. U-20 MNT. With Tyler Adams being toyed with at right-back and Nick Lima also an option at the Gold Cup, Fossey’s inclusion could have waited until he’s back to consistent minutes with his club.

The former Mac Hermann winner at the University of Indiana may be having strong season in the USL, but Gutman is another player who has zero international experience. At 22, Gutman has time to be included in the future and with Antonee Robinson and Daniel Lovitz better at this moment his inclusion is also interesting.

Since joining the Charlotte Independence on loan from Scottish Premier League side Celtic, Gutman has two goals and one assist in 11 appearances. A talented left-back, Gutman could see the pitch in the coming future for the USMNT but he needs to grow at club level before he makes the jump to the National Team.

Once a promising talent for the USMNT, Joe Gyau seems to be past his time. Now 26, Gyau is coming off a relegation season with MSV Duisburg where he failed to make much of an impact against second-division sides. Gyau scored two goals and added one assist in 20 league matches for Duisburg, less than Andrew Wooten and Julian Green, both players not called in by Berhalter.

Gyau has yet to make a splash domestically and may need a chance of scenery to help him advance in his career. He has not won a cap since October 2014 and it is truly unsure how he can beat out the likes of several other proven players.

He’s been able to win three caps but will find it tough to beat out better competition at the forward position. Baird’s willingness to do the dirty work offensively is a plus for the future, but there’s honestly better goal-scorers than him on this roster, even some guys off the roster who didn’t get a call-in.

Omar Gonzalez is an experienced guy who Gregg Berhalter knows from the past, but it’s hard to see how he fits in to the future of the team. At 30, Gonzalez is in the latter stages of his career and will find it hard to start over plenty of younger and better options in the backline.

He may be included just for experience sake like Michael Bradley, but it seems like a wasted roster spot in the end. Gonzalez may have a chance to start against some physical offensive sides but in the long run his days with the USMNT are growing thin.

Who did you think was a head-scratching decision by Berhalter? Are there any players you would’ve liked to see on this list?