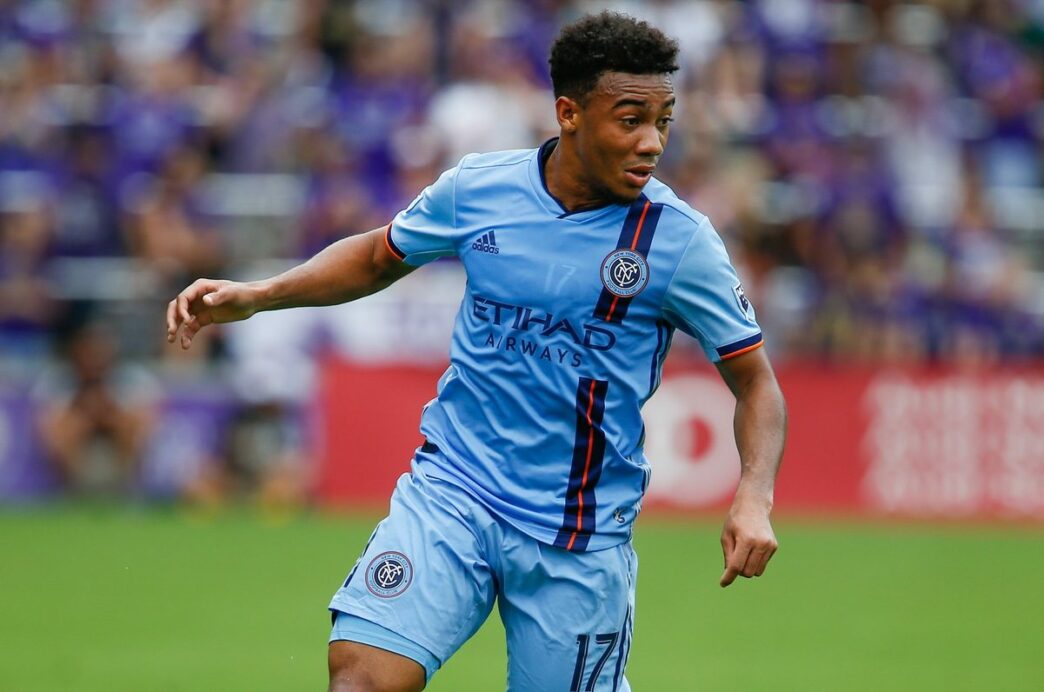 The former third overall selection in the 2017 MLS SuperDraft, Lewis has made 32 league appearances with NYCFC. Lewis, 21, has four goals and four assists to his name in MLS and has made six appearances in 2019. He’s also won four caps with the USMNT.

“We are thrilled to welcome Jonathan to Colorado,” Rapids EVP and GM Padraig Smith said. “He is one of the best young, attacking talents in the United States, a dynamic game changer with the potential to develop into an elite level attacker in MLS. His age, character, and skillset fir perfectly with the type of player we want to bring to Colorado and with the plans we have for the future of our club.”

The 24-year-old Abubakar was picked fifth overall by the Crew in the 2017 MLS SuperDraft. He’s made 31 league appearances and scored two goals in two full seasons with the Crew.

The Columbus Crew added a gamechanger to their attacking front, acquiring David Accam from the Philadelphia Union.

In exchange for Accam, Columbus sent Philadelphia $400,000 in General Allocation Money, $100,000 in Targeted Allocation Money, and an international roster spot for the 2019 MLS season. Accam, 28, has scored four goals and added two assists in eight league matches this season.

“We want to welcome David Accam to Columbus Crew SC as David is a fast, dynamic player and a proven attacking threat,” Crew SC president Tim Bezbatchenko said. “In addition to having experience in this league, we believe David’s specific skillset will help us bolster the attack of our current roster and we look forward to his contributions to the club this season.”

The move comes a day after the Crew sent Justin Meram to Atlanta United.

A familiar face is returning to Sporting KC.

According to the Kansas City Star, Peter Vermes’ side re-acquired midfielder Benny Feilhaber in a trade with the Colorado Rapids. In exchange, Colorado received defender Abdul Rwatubyaye and a draft pick.

Feilhaber, 34, spent five years with SKC, scoring 32 goals, adding 37 assists, and winning the 2013 MLS Cup. His arrival should give SKC a boost with several players currently out with injuries.

“Obviously that’s the reason they brought me in: With the injuries that have mounted in the last couple of weeks, months, there’s lack of bodies at this point,” Feilhaber said. “I know Peter [Vermes] pretty well, I know the system pretty well. Even the players I wasn’t here with, I know them well because I followed the team.”

Feilhaber was traded to Colorado this past offseason, scoring two goals and adding two assists in nine matches with the winless Rapids. The veteran will look to help SKC snap a seven-match winless run in all competitions, starting with this weekend against D.C. United.

The Seattle Sounders made a pair of moves prior to the closure of the MLS Primary Transfer Window.

The club announced the acquisitions of wingback Joevin Jones and defender Xavier Arreaga in separate deals. Jones rejoins from German second-tier side SV Darmstadt while Arreaga is being added as a Designated Player from Barcelona SC of Ecuador.

Arreaga, 24, has totaled over 6,700 minutes with Barcelona SC in 79 appearances with the club. He scored eight goals for the club and made 10 appearances in 2019. Prior to his move to Barcelona, Arreaga played two seasons with Manta FC from 2014-15.

“As a coach, I appreciate the work and forward thinking our scouting department has done to identify a talented young center back,” Sounders head coach Brian Schmetzer said. “Acquiring players who fit the culture and ambitions of the club are always welcome. Joevin is a very talented left-back who can also play higher up the field, as well as a very good player who helped us win MLS Cup.”

The New York Red Bulls made an internal signing which will hopefully spark the team’s offensive front.

The club announced the signing of forward Tom Barlow to an MLS contract. Barlow, a 2018 MLS SuperDraft pick by New York, joins the first team from New York Red Bulls II. During his time in the USL, Barlow has scored 18 goals in 34 matches for the club.

“Tom has earned a spot on our first team roster with his play on the field, which is a result of hard work and commitment day in and day out,” Red Bulls sporting director Denis Hamlett said. “When we drafted Tom in 2018 we liked him as a player, and now we have seen how he fits within our team, and within our playing style. We are excited for Tom to get this opportunity and look forward to his continued development.”

Barlow scored 10 goals in eight USL appearances for NYRB II in 2019. He is available for selection in Wednesday night’s home match against the Montreal Impact.

Ngalina, 19, becomes the sixth all-time Union player to sign a first-team contract after previously signing a professional deal with USL outfit Bethlehem Steel FC. He’s made seven appearances for the Steel in 2019, scoring three goals and adding one assist.

“We are proud to reward Michee’s hard work with Bethlehem with this first-team contract,” Union sporting director Ernst Tanner said. “He has shown well in training alongside the first team, and he has earned the right to formally take this next step. He is a fast, exciting player with a knack for getting in behind the defense, and we look forward to the next phase of his career as he officially joins the Union roster.”

Ngalina has one Union appearance to date, a substitute appearance in a 5-0 U.S. Open Cup win over the Richmond Kickers in 2018.