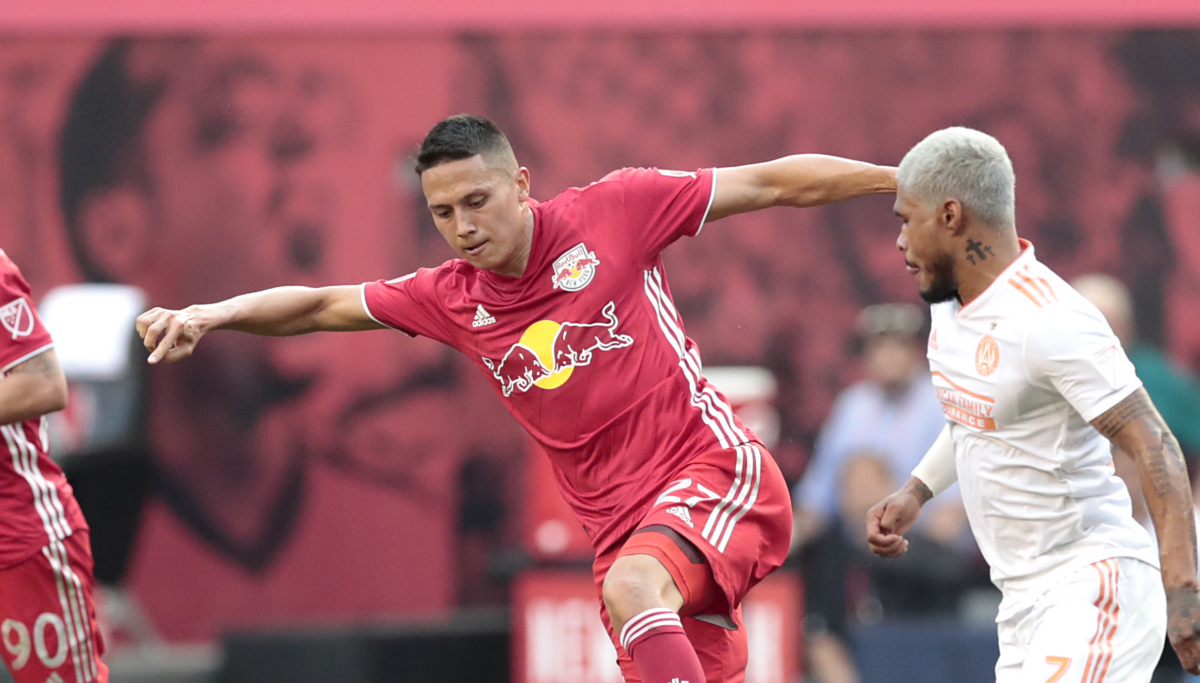 Matchday 12 in Major League Soccer concluded on Sunday with a quartet of matches scattered throughout the day.

In a shock out west, the Colorado Rapids downed the L.A. Galaxy 1-0 to give Conor Casey his first head coaching win in MLS. The Galaxy created several chances even without Zlatan Ibrahimovic but was unable to beat Tim Howard.

Orlando City snapped a three-match losing streak on Sunday with a 5-1 thumping of FC Cincinnati.

Tesho Akindele and Nani each scored braces to send the Lions on their way. The sides were level after one half as Akindele’s first goal of the match cancelled out Darren Mattocks’ opener for FC Cincy.

Nani put the Lions ahead in the 50th minute, scoring from a rebound after seeing his penalty kick saved. The Portuguese forward extended the hosts advantage in the 59th minute as he slotted in Ruan’s assist for his seventh goal of the season.

Akindele inflicted further damage in the 64th minute with his second of the match before Dom Dwyer headed in the final goal of the afternoon.

The Lions sit in 10th place while FCC are bottom of the East.

Tim Parker was sent off in the 35th minute for the Red Bulls for fouling Josef Martinez as the last man back on defense.

The Five Stripes could not take advantage though as Barlow headed the hosts in front after halftime. Pity Martinez was denied by Luis Robles as Atlanta’s best chance to score.

Frustration boiled over as Tito Villalba got into an altercation with Red Bull defender Kemar Lawrence at the final whistle. The players had to be separated but it was the Red Bulls who walked away with three points.

Bob Bradley’s LAFC picked up a point in a 1-1 draw against 10-men FC Dallas but will feel disappointed they didn’t earn all three.

Carlos Vela’s 80th minute penalty kick equalized for the visitors who had to dig deep on the road. Vela had his penalty kick attempt before halftime saved by Jesse Gonzalez.

Ryan Hollingshead right-footed strike in the 29th minute had the hosts in front but Matt Hedges’ red card four minutes into the second-half made the rest of the way interesting.

Gonzalez finished with five saves in the draw.

Conor Casey got his first MLS head coaching win on Sunday as his Rapids defeated the L.A. Galaxy on the road.

Andre Shinyashiki’s finish in the 82nd minute was the lone strike of the match. The goal came on a rebound as the Rapids pounced on a fast break. Kei Kamara was saved by David Bingham but the rookie forward slotted in for the win.

Tim Howard made six saves in the clean sheet which helped the Rapids end their 11-match winless run to start the season.

The Galaxy are in fourth after suffering their fourth consecutive loss.