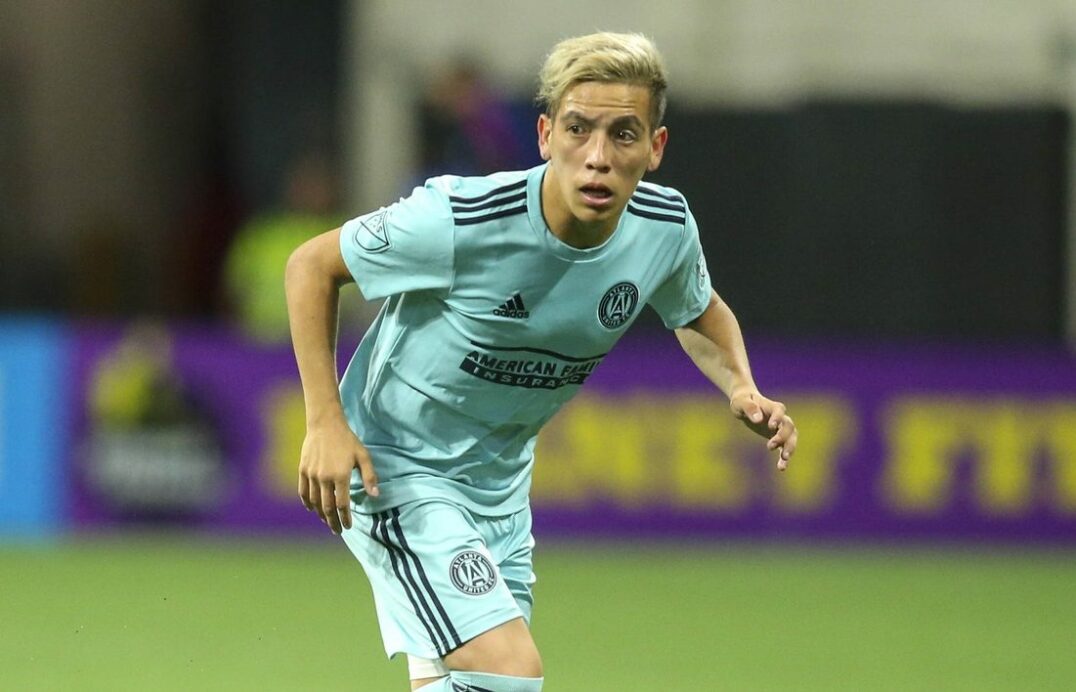 Ezequiel Barco will be a part of Argentina’s U-20 Men’s National Team for this summer’s FIFA U-20 World Cup in Poland.

Atlanta United announced that Barco has been named to Argentina’s 21-player roster. The 20-year-old Atlanta United playmaker is off to a strong domestic start in 2019, scoring three goals in seven matches.

Barco will miss at least three MLS matches for Frank De Boer’s side, but will be back for a June 26th showdown at Toronto FC.

David Guzman is reportedly being dealt to the Columbus Crew.

According to ESPN, the Portland Timbers are nearing a deal with the Crew to send Guzman to Columbus in exchange for an international roster spot. Portland will then send that roster spot to the Houston Dynamo, according to the report.

With Cristhian Paredes’ rise into the starting lineup in Portland, Guzman has been an unused substitute the last three matches. 2019 marks Guzman’s third season with the Timbers, where he’s made 44 regular season appearances and scored four goals.

The Crew travel to D.C. United on Saturday, looking to end a four-match losing run.

The Eastern Conference leading Philadelphia Union will be without Jamaican striker Cory Burke for the foreseeable future.

The club announced on Friday that Burke missed the last two matches against Vancouver and FC Cincinnati due to personal issues, forcing him to return to Jamaica. Burke was in the process of obtaining a greed card when something occurred to cause him to lose his P1 visa status.

Due to that, Burke is unable to play in the U.S. until he receives a new P1 visa. Burke is expected to miss at least three months for the Union.

“Cory is down in Jamaica to do his visa and the green card process,” Union Sporting Director Ernst Tanner said. “Unfortunately, it turned out that he will not be coming back before three months, maybe even longer, which means that he is not available for us due to personal issues.”

Burke’s absence will not count against the Union’s roster or charge the team of an international roster spot. The issue was also not caused by the club.

The team currently has Kacper Pryzbylko (two goals in two appearances) and Sergio Santos available at the striker position. The Union remain at Talen Energy Stadium this weekend to take on the New England Revolution.

The defending MLS champs will be without one of their young defenders for the upcoming future.

Atlanta United announced on Friday that 17-year-old George Bello will miss 2-3 months with an adductor strain. Bello suffered the injury on Tuesday in training and will now be in a race for fitness ahead of the FIFA U-17 World Cup this Fall.

Bello originally suffered the injury on Feb. 21st in a Concacaf Champions League match against Herediano. He joined Atlanta United 2 for a rehabilitation assignment but further aggravated the injury on March 9th.

Due to his injury, Bello missed out on the U.S. U-17 Men’s National Team involvement in the Concacaf U-17 Championship in Florida.

The Five Stripes take on Sporting KC this Sunday at Children’s Mercy Park.

Whitecaps’ Reyna to miss one month with hamstring injury

The Vancouver Whitecaps will be without Yordy Reyna for at least the next month.

The club announced that Reyna suffered a left hamstring strain in the Caps’ 1-1 draw with the Philadelphia Union last weekend. Reyna, 25, has one goal and one assist in eight league appearances this campaign.

“His level of energy is always high, and that’s what Yordy has been for us until now,” Whitecaps head coach Marc Dos Santos said.

Reyna tallied six goals in each of the last two seasons for Vancouver, including registering nine assists in 2018.

The Whitecaps (1-3-5) return to play tonight at BC Place against the winless Colorado Rapids (0-2-7).

The Black and Red also traded their natural first-round pick in the 2020 MLS SuperDraft to FC Dallas in exchange for $100,000 in General Allocation Money. Pedroso’s arrival comes with both Joseph Mora and Chris McCann nursing injuries for Ben Olsen’s side.

“We’re happy to add Marquinhos to our roster and provide some important depth at outside back,” D.C. United GM and VP of Soccer Operations Dave Kasper said. “He has a lot of professional experience in various leagues worldwide and we’re looking forward to integrating him into the team.”

Since joining FC Dallas from Brazilian outfit Figueirense FC in July 2018, Pedroso made 15 appearances for the club. He’s made two appearances in 2019, including one start.

D.C. United takes on the Columbus Crew at Audi Field this Saturday.

The Union also picked up goalkeeper Charlie Lyon on an emergency basis on Friday.

Lyon, 27, played for LAFC in 2018 and recently worked out with Portland Timbers 2 of the USL. His arrival comes after Matt Freese suffered a partially torn oblique in Wednesday’s 2-0 win over FC Cincinnati.

Freese is expected to miss 4-6 weeks while No. 1 goalkeeper Andre Blake is working his way back from a groin injury.

22-year-old Carlos Miguel Coronel will get the start on Saturday against New England after finishing Wednesday’s match. Coronel earned his only MLS start on March 23rd in a 3-0 win over the Columbus Crew, while Blake was on international duty with Jamaica.

A pair of Western Conference clubs made a trade on Thursday, with both teams receiving allocation money.

“As everyone knows, it is imperative to trade GAM for TAM as we look to remain competitive in the global market,” L.A. Galaxy GM Dennis te Kloese said. “Securing TAM for GAM will provide us flexibility to improve our roster prior to the closing of the primary MLS Transfer Window.”

The Galaxy has been linked to Atletico Tucaman’s Favio Alvarez of the Argentina Primera Division. Alvarez would be added on a year-long loan with an option to buy.