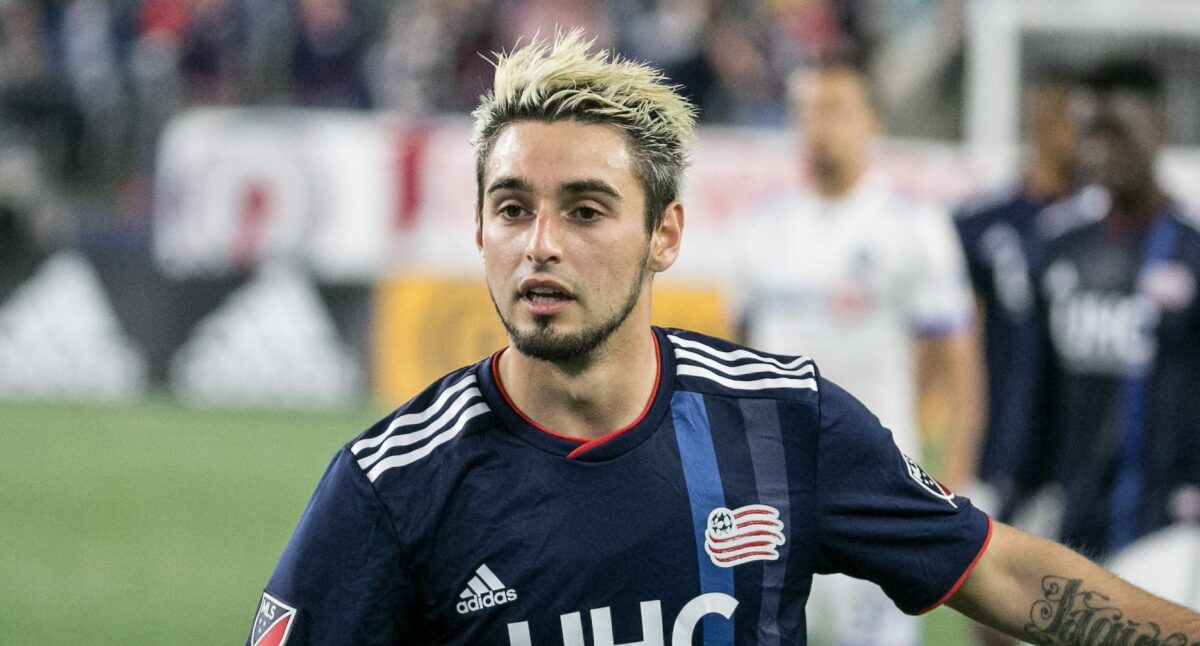 FOXBOROUGH, Mass. — After a 3-1 home win over the San Jose Earthquakes on Saturday night, New England Revolution interim head coach Mike Lapper shared that he had already met individually with roughly three-quarters of the Revs roster.

However, Lapper singled out two players in particular he has identified as being key to the Revs (3-8-2) — still stuck in last place in the Eastern Conference — reversing their fortunes: Ecuadorian winger Cristian Penilla and attacking midfielder Diego Fagundez.

“I probably met with probably 70-80% of the team, just trying to find out where their head’s at,” Lapper said. “Telling them what a great opportunity this is, to push the restart button and see where can go, because this team is good enough to do amazing things. I’m not going to say, ‘We can win MLS,’ or you know, right now, because it’s only one win. They can do great things. I think you saw tonight.”

The 28-year-old Penilla had a stellar debut season in MLS in 2018, leading the Revs with 33 starts out on the left wing, tallying a team-high 12 goals to go along with 7 assists.

“Cristian Penilla is a huge part of this club,” Lapper said. “When he’s
on his game and he’s in it, he’s one of the better players in the league. I mean, that’s reality and you can’t argue that. The trick is finding the motivation.”

Penilla had fallen out of favor with former coach Brad Friedel of late, though, and had started in the prior six games. Friedel even went so far as to drop Penilla from the bench for Wednesday’s 5-0 loss to the Chicago Fire that resulted in Friedel’s firing.

On Saturday, Penilla had one of his best games of the season, providing the secondary assist on the Revs’ 18th-minute opener, springing Edgar Castillo for his cross in to goal scorer Juan Agudelo.

Soon after, when Teal Bunbury drew a foul in the box, Penilla advocated to take resulting penalty kick and finished past the Earthquakes’ Daniel Vega for just his second goal of the season.

“I had a meeting with him and (assistant coach) Marcelo (Neveleff), and we talked and I told him that I need him and I think that he needs us a little bit at this time,” Lapper said. “He was disappointed, but once he’s motivated and he plays like today, he’s a person who can just put games on his back and he can take people on and he’s
incredibly gifted.”

Fagundez, one of the faces of the franchise, had also landed in Friedel’s doghouse after starring as the Revolution’s No. 10 last year, accumulating 9 goals and 10 assists. However, Fagundez has yet to score or assist on a goal in 2019 so far.

“I spoke directly with Diego and challenged him, because he’s been in and out of the lineup,” Lapper said. “I wanted to see where his head was at, and he told me the right things, so the coaching staff and I decided to reward him with a start, and he put in a good shift.”

Fagundez said he also felt encouraged by his first interactions with Lapper as a head coach, rather than as one of Friedel’s assistants, after one of the most trying periods of Fagundez’s career.

“I come in every day and I work hard, try to do everything that I can and I think he definitely sees something in me,” Fagundez said.

Back-to-back embarrassing defeats put the Revolution at one of the lowest points in the franchise’s history just a few days ago.

After an ideal start to his tenure, Lapper seems to understand that he will need Penilla and Fagundez to round into form if the Revs are to have any chance at turning their season around.