Whitecaps fight back for tie at Red Bulls 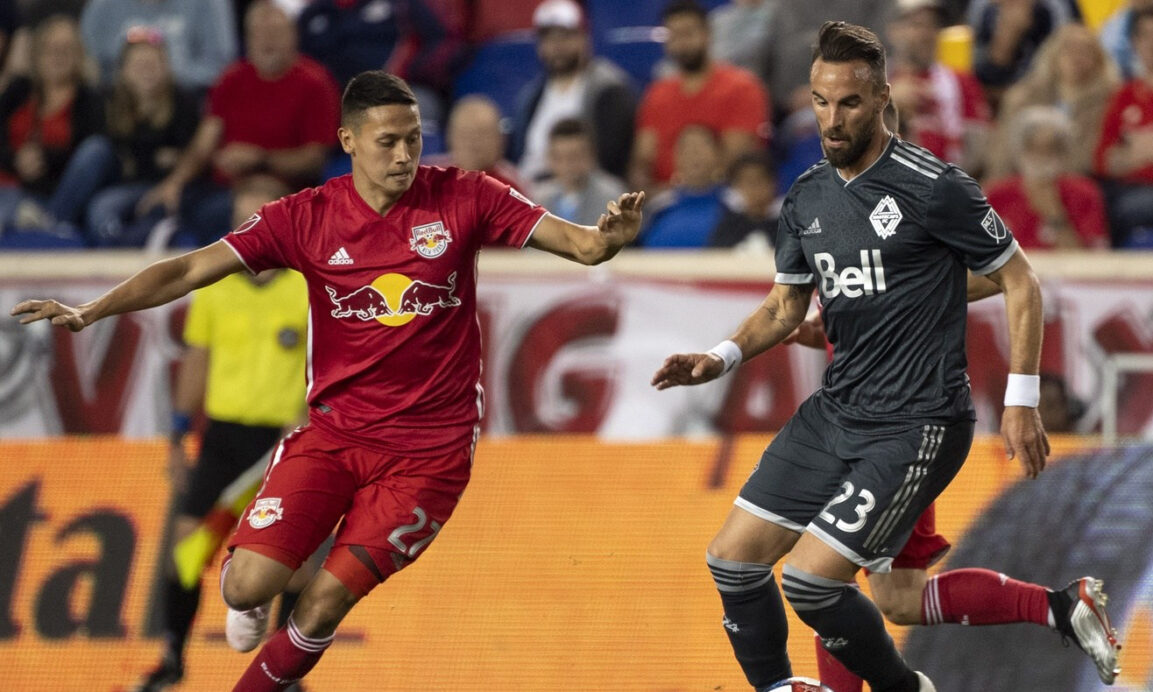 For the second consecutive match, the Vancouver Whitecaps fought back to earn a point on the road.

Marc Dos Santos’ side used a second-half penalty kick from Fredy Montero to leave Red Bull Arena with a 2-2 draw against the New York Red Bulls.

The sides were level after 45 minutes with the hosts equalizing before halftime. Scott Sutter’s first goal for the club put the Whitecaps ahead in the 29th minute.

Brian White headed the Red Bulls level in the 37th minute to make it 1-1 going into halftime.

Chris Armas’s side took a lead in the 55th minute as an own goal from Andy Rose sprung the Red Bulls in front. However the visitors would fight back and got some help to go their way.

Sean Nealis was whistled for handball after the hour mark, allowing Montero to score his fourth goal of the season.

Luis Robles made five saves in the match to help the Red Bulls at least earn one point. Daniel Royer struck the crossbar in the dying moments of the match.

Montero came off the bench and scored the tying goal for Vancouver.

Playmakers Alex Muyl and Derrick Etienne were ineffective for the Red Bulls.