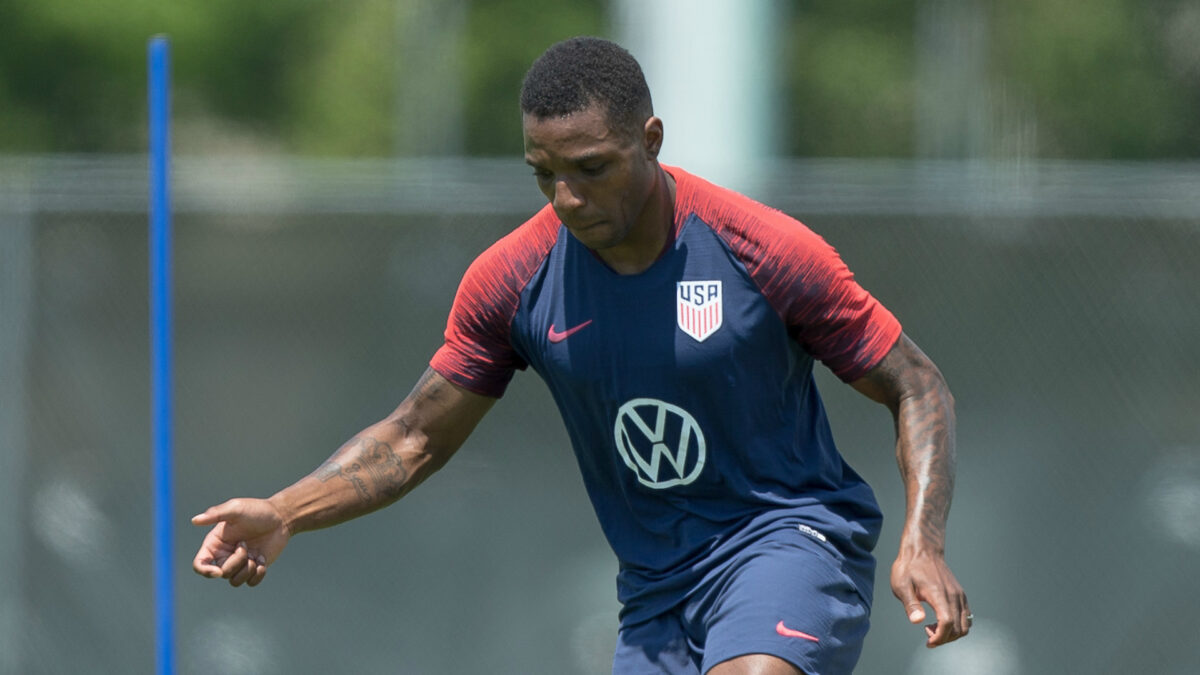 WASHINGTON — Joe Gyau has his U.S. Men’s National Team return under his belt. His next objective is to sort out his club future.

Gyau made his way back into the field for the U.S. for the first time in more than four-and-a-half years by coming off the bench in Wednesday’s 1-0 loss to Jamaica. The 18-minute stint marked his first appearance at the international level since an October 2014 cameo against Ecuador that ended with a serious knee injury.

Earning another cap was an achievement for the 26-year-old winger, but, after having not been selected for the final U.S. roster that will compete in the Concacaf Gold Cup, Gyau’s sights are now firmly focused on his immediate future at the club level. Primarily, resolving what the next step is, be it still in Europe or in MLS.

“Both. Both are definitely an option,” said Gyau, whose MSV Duisburg side was relegated from the 2. Bundesliga this season. “I have a few options in Germany but I’m also looking at other options in the MLS. I’ve been away for a long time so, yeah, definitely.

“A couple (MLS) teams have reached out and after playing for my first time in Audi Field and looking at the stadium, it’s looking real nice,” added Gyau with a chuckle. “It wouldn’t be too bad coming home.”

A native of nearby Silver Spring, Maryland, Gyau was more than pleased that his U.S. comeback was so close to home. He maxed out the ticket allotment of 25 seats that U.S. Soccer gave him, but still needed more for other friends and family and ended up buying a few extras.

Getting on the field in front of them was something special for Gyau, whose career has been largely derailed by the ACL injury he suffered nearly five years ago. He has had a trio of seasons since then in which he has played somewhat regularly, but two of them came in Germany’s third division and the other and more recent was this past campaign as a rotational player for Duisburg.

“It means everything to me, it means everything to me,” said Gyau, who made seven starts in 20 appearances and scored two goals this season. “All of the people that were behind me the whole time, all the people that stuck with me through the hard times and they finally got to be able to see me out there today on the pitch. That was good for the soul.”

For Gyau, the focus is now on finding a good club situation. He wants to regain the sharpness and quality he had in the early days of his career, before the injury happened, so that he can get back to playing at a higher level and into the national team picture on a more consistent basis.

A steady string of games in which he could shine would certainly boost his chances, which is why he is putting so much importance on where he goes next.

“Physically, I’m probably where I was,” said Gyau. “I’ve had a couple of full seasons, but now I just want to get that rhythm, to get back into that rhythm and consistent playing time. A good season or two, 60-65 games under my belt. One season, 35.”