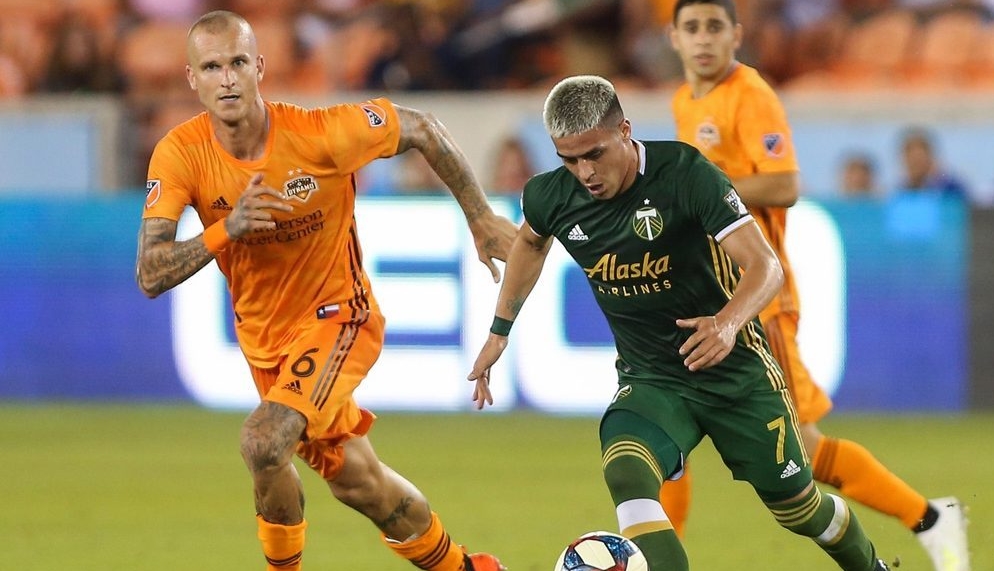 After a 14-day hiatus, Major League Soccer returns in some fashion this weekend with six matches taking place over Saturday and Sunday.

Although they may be 10 points back of their opponents at Providence Park, the Portland Timbers welcome the Houston Dynamo to town. Since their last MLS match, Giovani Savarese’s side have picked up a pair of wins in the U.S. Open Cup over top-flight competition.

Houston were eliminated midweek by Minnesota United, coughing up a two-goal lead at BBVA Compass Stadium. Ronaldo Pena is in good form with two goals in his last two appearances, while Mauro Manotas is also a player to watch.

Here’s a closer look at this weekend’s top three matches:

The Portland Timbers remain at Providence Park this week as they welcome the Houston Dynamo to town on Saturday.

Portland has eliminated both rivals the Seattle Sounders and L.A. Galaxy in respective weeks of U.S. Open Cup play, advancing to the quarterfinals. Brian Fernandez has scored seven goals for the Timbers since making his MLS debut back on May 15th. The Argentine is in fine form coming into this match against the Dynamo, who he scored his first MLS goal against.

Houston were eliminated from the U.S. Open Cup midweek, coughing up a two-goal lead to Minnesota United. Since the start of May, Wilmer Cabrera’s side have only won two league matches and will try to turn that around this weekend. 22-year-old Ronaldo Pena scored in back-to-back cup appearances and could feature in this one based off his form.

Two midtable sides will meet in Dallas on Saturday night, coming back to league play after a lengthy break.

Luchi Gonzalez’s side welcomes Toronto FC to town, aiming to take advantage of their Canadian opponents recent struggles. Like their Texas neighbors Houston, FC Dallas has only won one league match since the start of May. The return of Paxton Pomykal should help in midfield, but several backups could be called upon due to numerous international tournaments going on. Carlos Gruezo and Pablo Aranguiz are both out on duty.

Toronto FC has failed to earn three points in their last seven matches and will be pressed on the road. Jozy Altidore and Michael Bradley are with the USMNT while Ayo Akinola, Auro, and Chris Mavinga are dealing with injuries. Alejandro Pozuelo will be counted on in attack while Jordan Hamilton is the likely target to start at the No. 9 position.

Caleb Porter’s Crew were eliminated from the U.S. Open Cup midweek at home and will be without two key starters for this contest. Gyasi Zardes and Wil Trapp are on international duty meaning David Guzman and David Accam are the likely duo to take their roles. Accam scored midweek against Atlanta United while Guzman has made 10 appearances since his move from Portland.

Sporting KC has struggled of late just like the Crew, winning once since May and only three times all season in league play. Injuries haven’t helped SKC’s cause, but several starters should be available after returning from international duty. Johnny Russell and Krisztian Nemeth have 14 goals between them in attack and should find some success against the Crew’s backline.

Peter Vermes’ side are 2-2-1 in their last five meetings with Columbus.