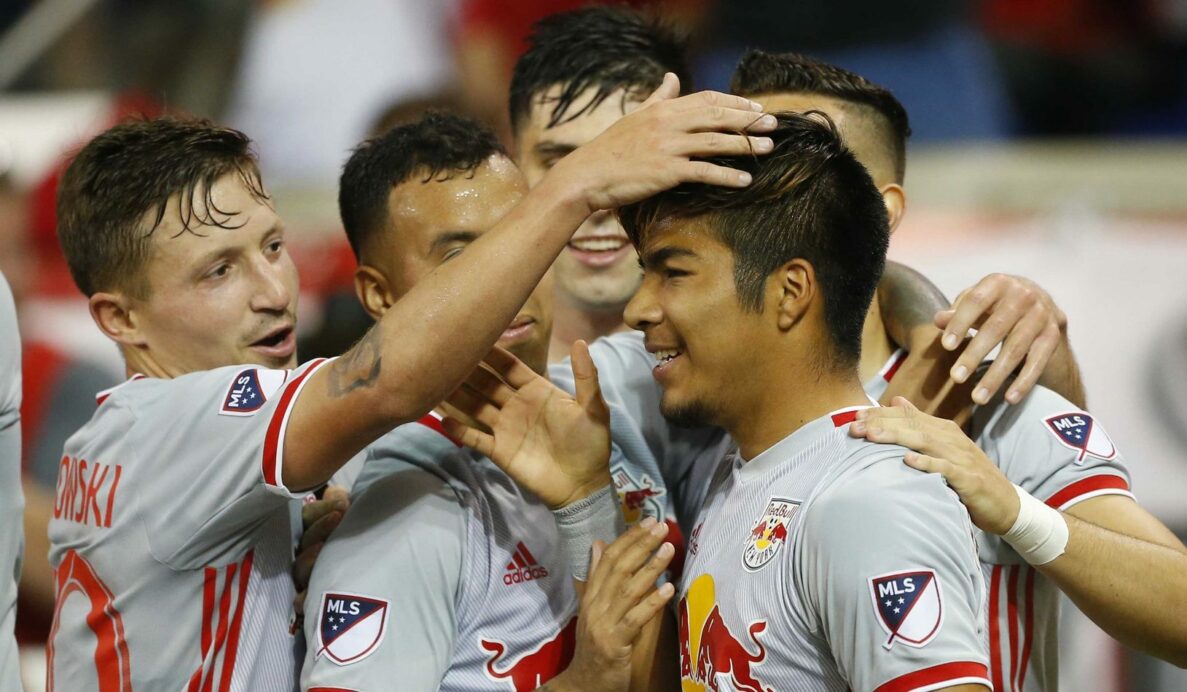 With international duty and the Concacaf Gold Cup coming full swing, Major League Soccer will see a smaller schedule this weekend before a two week break.

Eight teams will be in action between Friday and Saturday with two Eastern Conference rivals headlining the quartet of matches. The Philadelphia Union welcome the New York Red Bulls to Talen Energy Stadium on Saturday, looking to take advantage of D.C. United’s off week.

Jim Curtin’s side picked up an important 3-2 road win over Minnesota United last weekend while the Red Bulls rolled past Real Salt Lake 4-0.

Elsewhere, Toronto FC are at home on Friday to take on Sporting KC in interconference action. The in-form Colorado Rapids host Minnesota United in the final match on Saturday, while FC Dallas pays the San Jose Earthquakes a visit earlier in the afternoon.

A pair of East Coast rivals meet in Chester on Saturday night, looking to take advantage of a slim schedule.

The Philadelphia Union sit atop the Eastern Conference and are four points clear of their rivals, the New York Red Bulls. Auston Trusty scored his first game-winning goal in St. Paul last weekend to help the Union to a 3-2 road win over Minnesota United.

Jamiro Monteiro has been a nice addition for the Union and he will remain with the club for the rest of the season, after Philly extended his loan from FC Metz.

Chris Armas’ side are unbeaten in five-straight matches, including a pair of back-to-back shutout wins. The return of Kaku in midfield has helped the Red Bulls in attack, while Tim Parker has stepped up to lead the backline with Aaron Long on international duty.

New York has won two of the last five league meetings, with the last Union win coming in May 2017.

A pair of prominent sides meet at BMO Field on Friday trying to get back into the top of their respective conferences.

Greg Vanney’s Toronto FC sit seventh in the East and need a win to help snap a six-match winless streak. The team failed to score in three of those matches, with the lone win coming in Orlando to start the month of May.

Alejandro Pozuelo (five goals) has hit a recent dry spell in front of goal and will be relied on to help spring TFC into a positive start to the month.

Sporting KC are 10th in the West and have only won once since the end of March. Peter Vermes has seen some players return from injury, but they need to be better defensively in order to avoid defeats and a further drop in the table.

Graham Zusi and Seth Sinovic are two veterans who need to lead by example for SKC to earn anything from their trip to Canada.

Three points separate the San Jose Earthquakes and FC Dallas in the West as the pair get set to meet on Saturday.

Matias Almeyda’s side has picked up points in seven of their last eight matches, including wins over the Portland Timbers, SKC, and Toronto FC. A main reason for that is Chris Wondolowski’s resurgence in front of goal, scoring seven in his last three matches.

The 36-year-old is one of the more in-form strikers in MLS and will eager to get after an out-of-form FC Dallas backline.

On the other side of the field will be FC Dallas, who has only won once in their past seven matches. A 2-1 win over the Seattle Sounders helped ease the worries for Luchi Gonzalez who has an up-and-down start as head coach.

Matt Hedges and Reto Ziegler will be the likely candidates to help stop Wondolowski and force other San Jose players to beat them.

Colorado are on a four-match unbeaten streak, including wins over the L.A. Galaxy and FC Cincinnati. Casey has received strong outings from whoever he has started in his lineup, but will be without Jonathan Lewis who is on international duty with the USMNT.

Nicolas Mezquida and Diego Rubio both scored last weekend and are the sparks of the team’s offense.

Adrian Heath’s side come to Dick’s Sporting Goods Park off the back of their first home loss of 2019. Despite a first MLS goal for Hassani Dotson and a first goal of the season for Kevin Molino, the Loons conceded late against the Philadelphia Union.

The team will be without Jan Gregus, Rasmus Schuller, and Molino who all will be on international duty, so a lot of eyes will be on Angelo Rodriguez and Darwin Quintero once again.