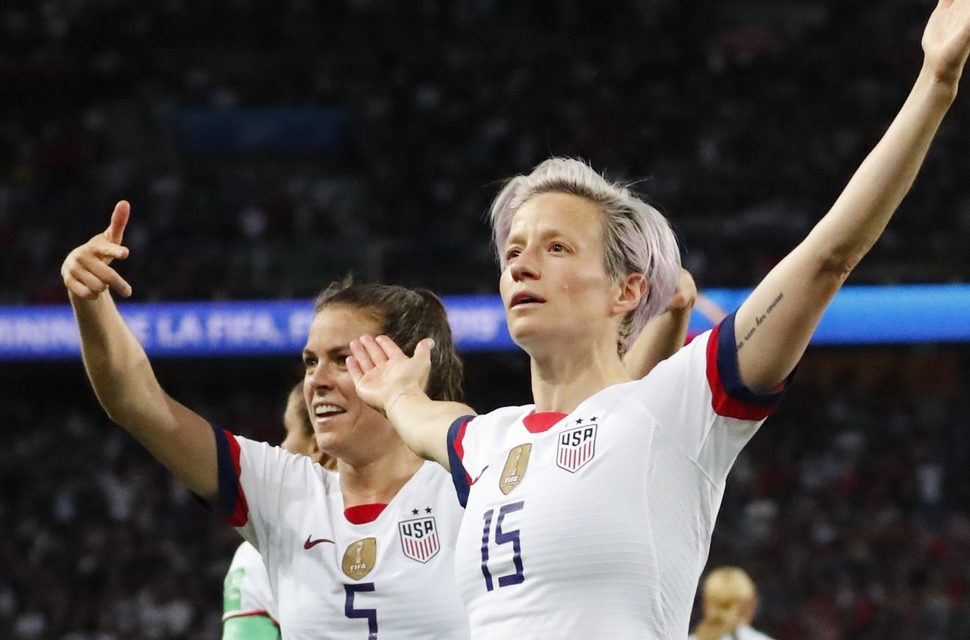 Megan Rapinoe is hitting her stride at the right time for the U.S. Women’s National Team.

The forward scored a pair of goals including the game-winning goal in the USWNT’s 2-1 quarterfinal win over hosts France. Rapinoe became the first player to score four-consecutive goals in World Cup history and continued to make an impact for Jill Ellis’ side. Rapinoe’s performance earned her SBI USWNT Woman of the Match honors.

Her first goal came in the fifth-minute as she snuck a free-kick past French goalkeeper Sarah Bouhaddi.

Rapinoe would add to her tally in Paris with a confident finish to ice the win for the USWNT. Getting on the end of a Tobin Heath pass is something we’ve seen before and Rapinoe made zero mistake in the second-half.

She also finished the match with two fouls won, one tackle, 60 touches, and a 71% passing completion rate.

Rapinoe’s heroics on Friday booked the USWNT a date with England on Tuesday in Lyon.

What did you think of Rapinoe’s performance? Where would you rank her among wingers/forwards in the World? Do you think she can keep up this form in front of goal going forward?