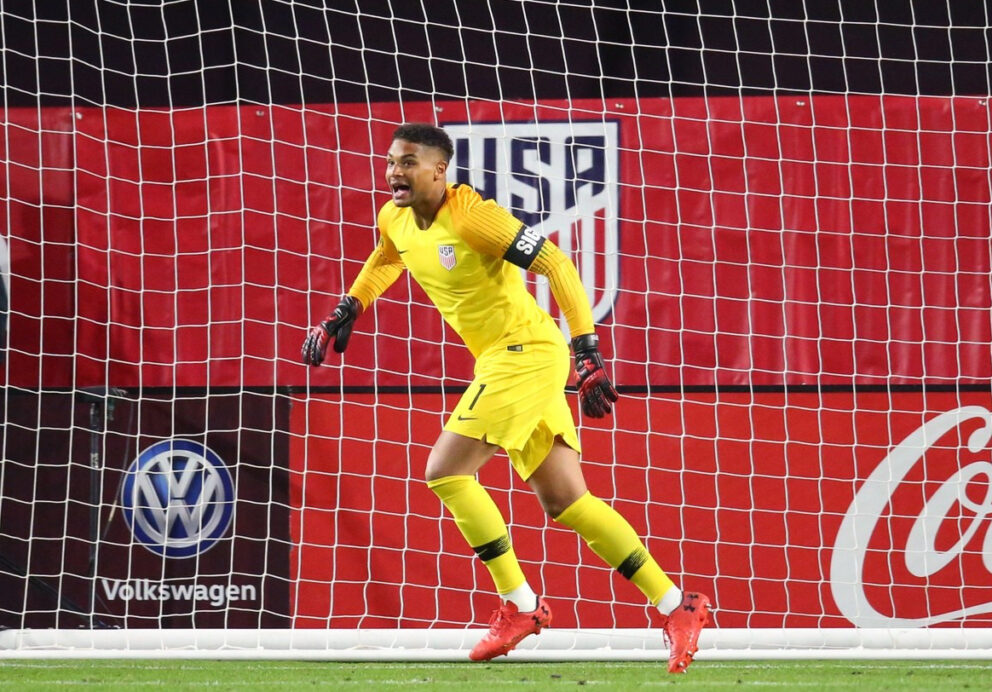 The 2019 Concacaf Gold Cup is quickly approaching and the U.S. Men’s National Team fully intend to defend its 2017 title. Much has changed since then, but arguably most notable is the addition of Zack Steffen as starting goalkeeper, a player who did not make the United States Gold Cup team two years ago.

Steffen spoke to the media on Monday about his new role as starting ‘keeper’ for the USMNT as well as his move to Manchester City and his hopes for development in the coming years.

“It’s a big expectation,” Steffen said. “And a lot of pressure. But I like that. It’ll make me better and it’ll make the players around me better. And it’s an honor, obviously, to be put in talks with [Tim Howard, Brad Friedel, Tony Meola] and I still have a long way to go. I’m young and it’s really just starting.”

“Tim’s been a good advocate. We played Colorado a couple of weeks ago and we had a little chat after the game and he’s here for anything I need and that means a lot to me”

Steffen will be saying farewell to Howard and MLS however as he packs his bags to travel overseas and into the next chapter of his soccer career. Much to fans’ chagrin, Steffen will not be able to help the Columbus Crew reach the playoffs this season, nor will he be eligible to play against Atletico Madrid in this year’s MLS All-Star game.

The Gold Cup this summer marks a massive transition for Steffen, who recently completed his move to Premier League champions Manchester City this summer.

The 2018 MLS Best XI and Goalkeeper of the Year winner will have his work cut out for him, however, if he has any hopes of breaking into City’s first team in the coming seasons.

“I’m expecting to get better, to get pushed, and to enjoy Europe,” Steffen said. “But my mentality before I go over there is to work hard and learn from the best and just enjoy it. The career that we have here is so short when you look from the outside so I’m just there to enjoy, work hard, and do as best as I can.”

City currently have four goalkeepers on their roster, including current Brazilian No. 2 Ederson and former Barcelona starter Claudio Bravo. Steffen will most likely be sent out on loan to get important minutes elsewhere in Europe, but the opportunity to learn under such accomplished keepers would certainly be valuable as well.

“We’re still figuring all of that out but what’s important for young goalkeepers is games, and high level games, and that’s what I’m looking forward to,” Steffen said.

The 24-year-old Pennsylvania native will be one to watch as his career continues to soar to new heights. Playing as a reserve ‘keeper in the fourth division of German soccer just four years ago Steffen now has the chance to return to Europe, this time with his sights set much higher.