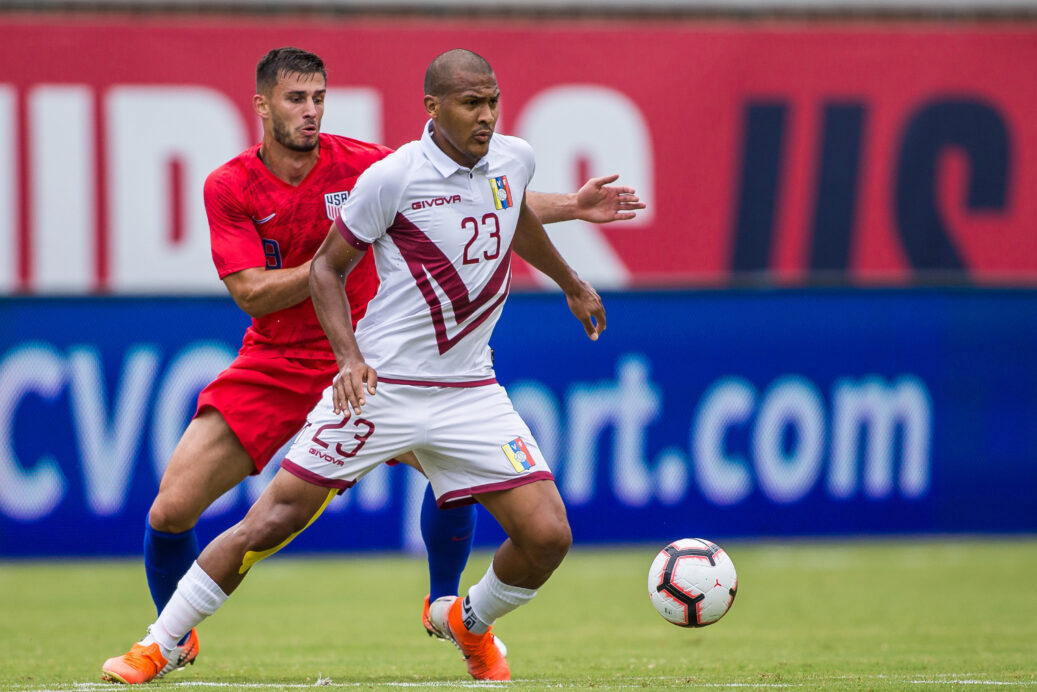 CINCINNATI, OH – In the last low-stakes test prior to heading into the CONCACAF Gold Cup, the U.S. Men’s National took on Venezuela at Nippert Stadium on Sunday.

Christian Pulisic and Michael Bradley did not appear for the hosts, who struggled once again losing 3-0.

Despite the intent to put in a better showing, it was the visitors who broke the deadlock and piled on early in the first half.

Venezuela opened up the scoring in the 16th minute after USMNT Goalkeeper Zack Steffen tried to escape danger a little too quickly, passing it straight to the Venezuelan backline. The combination of Yangel Hererra, Jhon Murillo, and Salomón Rondón respectively worked together to take an early lead with the striker finding pay-dirt.

Jefferson Savarino doubled the lead in the 30th minute, cleaning up his own ricochet off the post to beat Steffen with his left foot.

As the first half mercilessly continued, Rondón had another say in the 36th minute. Off of a counter by Venezuela, he danced around USMNT defender Aaron Long in the box and blasted one past both he and Steffen for a first-half brace.

Berhalter opted for two halftime substitutions bringing in Jozy Altidore and Walker Zimmerman. He also added Jordan Morris and Duane Holmes into the mix in the 62nd minute but neither seemed to help with the attack.

Aside from occasional chances, Venezuela remained on top of USMNT and continued to create moments.

Tim Ream made way for Daniel Lovitz in the 78th minute to round out the substitutions for Berhalter on the afternoon, but no combination of the team found a way to spark any type of inspiration.

Venezuela will face Peru in the CONMEBOL Copa América on June 15th at Arena do Grêmio in Brazil.

The USMNT looks ahead to its first match of Gold Cup Competition, squaring up with Guyana on June 18th at Allianz Field in St. Paul, Minnesota.

Salmón Rondón’s double was the biggest contribution for the winners, and he earns goals 25 and 26 in his 73rd appearance for his country.

Zack Steffen’s 16th-minute blunder set the tone early for both sides. USA would go on to play lackadaisical, Venezuela, clinical.

After taking last week’s loss to Jamaica on the chin, Gregg Berhalter will need to put Sunday’s drubbing behind him quickly as the team was never in it after the scoring started.