USWNT preparing to put next step forward at World Cup 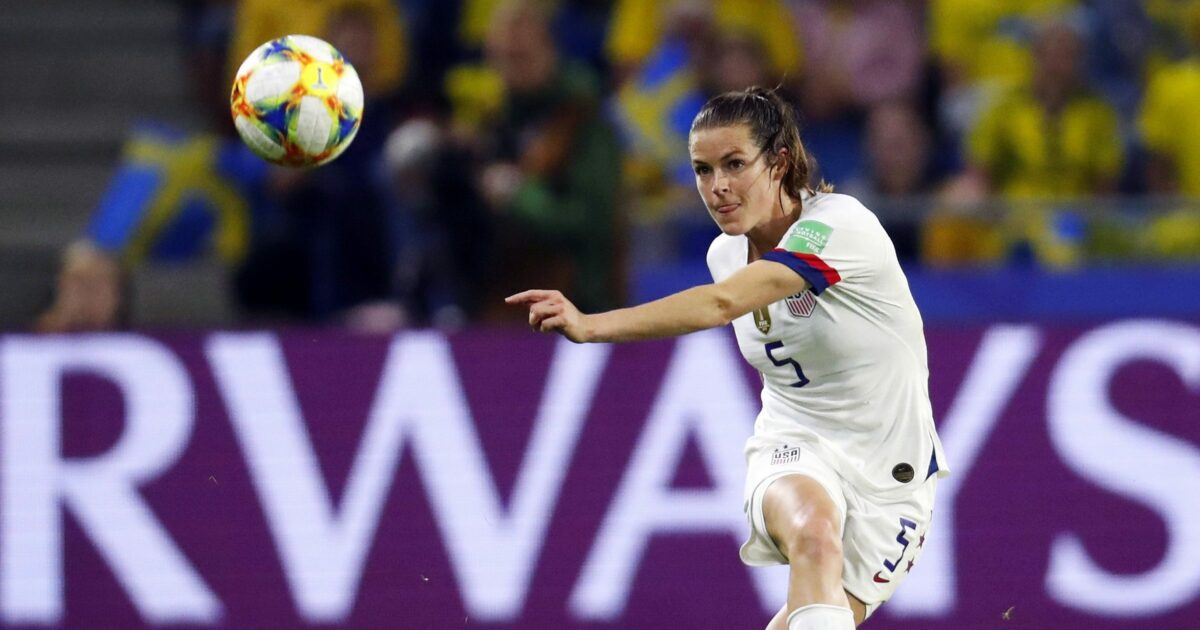 The U.S. Women’s National Team will look to take the next step in France on Monday as they take on Spain in the Round of 16. After breezing through group stage play with three wins and an +18 goal differential, Jill Ellis’ side will face the best technically-based team so far in the competition.

It will be the second meeting between the two counties in 2019, the first since a 1-0 USWNT friendly win back in January. Monday’s showdown in Reims will be the USWNT’s toughest test so far, but one they aren’t lacking confidence in.

“Absolutely I think we’re the favorites, 100%,” defender Ali Krieger said on Saturday. “I see everyone including our supporters and media talking about what we’re doing is magical on the field and being successful. “We’re playing really well and that’s what we wanted to showcase. Everyone has done what they needed to do and we’re having fun and it is carrying over to our playing style. I can’t wait for the next game because we can showcase again.”

The USWNT have been professional over all three matches so far, putting in confident performances against Thailand, Chile and Sweden. No matter who has stepped in, the team has continued to gel as a unit and most importantly, pick up results.

After a gritty 2-0 win over Sweden in Le Havre, the team now enters the knockout stage knowing every team will be aiming to knock them out. Spain is coming off a 1-1-1 record in Group A, with the loss coming to group winners Germany. With the pressure now rising, the USWNT will try to continue taking steps forward in hopes to lifting the title on July 7th.

“Spain are extremely technical, good on the ball and very dangerous in that regard,” defender Kelley O’Hara said. “We’re going to have to keep very tight lines and make sure we don’t let them get a rhythm that they want to get.”

“I don’t think there has been a shift of mentality, every time we’ve stepped on the pitch we wanted to win. I think going into the group stage we had to take a step forward and now we have to continue doing that in the knockout round. Bringing more intensity every step of the way.”

After rotating in every match this group stage, it will be intriguing to see who head coach Jill Ellis lines up against Spain. Julie Ertz was rested as a precaution against Sweden due to injury, while Alex Morgan was taken off at halftime and replaced by Carli Lloyd.

Defensively, the backline of Crystal Dunn, Becky Sauerbrunn, Abby Dahlkemper, and O’Hara will have the task of defending the likes of Jennifer Hermoso and Alexia Putellas. Hermoso scored a brace in Spain’s 3-1 win over South Africa on Matchday 1, while Putellas is coming in off a 16-goal haul with Barcelona in domestic play. As a unit, the USWNT will need to communicate and strong against Spain, whoever ends up getting the nod in the starting XI.

“We have multiple players who can get the job done at every single position,” Krieger said. “There’s no specific starting XI, everyone can go out there and get the job done when called upon. I don’t know if I can say that from teams in the past. It’s pretty incredible because I think we have the best No. 1 & 2 teams in the world.”

“The cohesiveness and the understanding between every player of what their job is has helped a lot,” Krieger said. “No matter who is playing we’re constantly supporting each other or finding new things to be better at. Talking through things with every player is big too because we want that player to be as successful as possible so we all win in the end.”