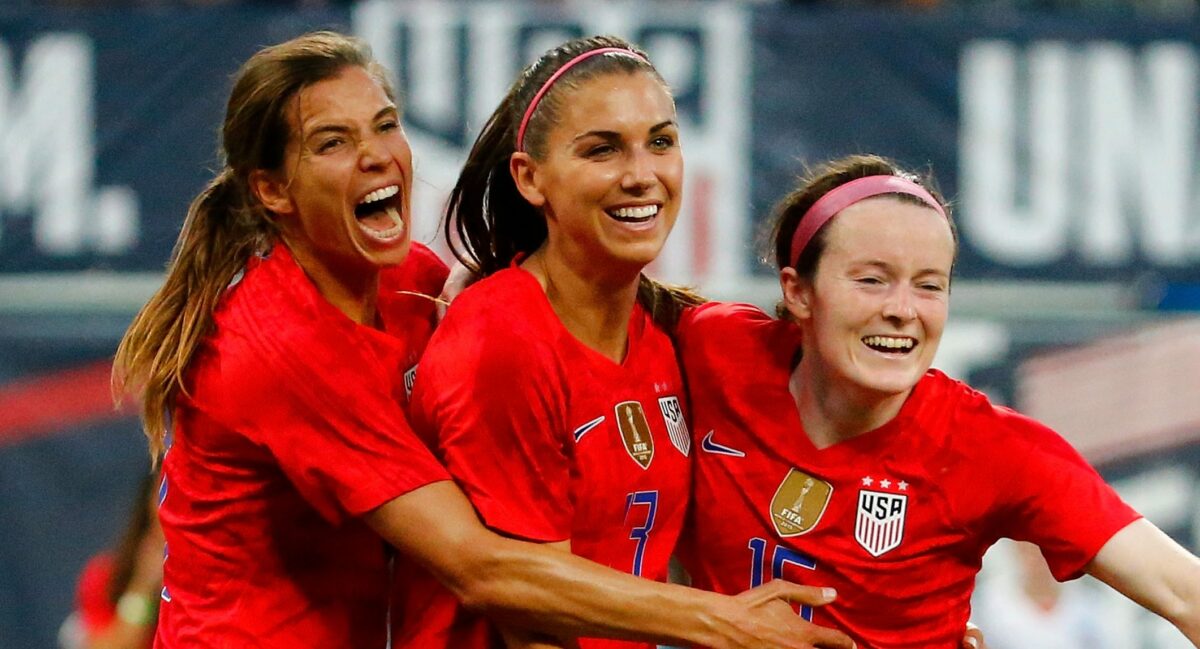 For the U.S. Women’s National Team, the months of preparation will finally be tested as it kicks off play in the 2019 FIFA Women’s World Cup.

Tuesday’s group stage opener against Thailand begins what is one of the easiest groups that the USWNT has ever seen in the competition. It will be the second-ever meeting between the two countries, the last coming in 2016.

Jill Ellis’ side cruise into the World Cup off the back of five-straight victories and four-consecutive clean sheets. After a 1-1-2 record in its opening four matches in 2019, the team regrouped and retooled to outscore its opponents 20-3 in wins over Brazil, Belgium, and Australia.

Offensively, they have one of the more-dynamic attacks with two of the world’s best wingers creating opportunities. Megan Rapinoe and Tobin Heath bring pace and creativity in the final third and will look to set up star striker Alex Morgan, who recently surpassed 100 career goals for the USWNT this year.

In the midfield, Julie Ertz is a veteran who will do a lot of the dirty work. Ertz will break up tackles, win possession, and cover a lot of ground box-to-box. With Ertz’s physicality and leadership holding things up, Lindsay Horan and Carli Lloyd can get involved in the attack and help support the likes of Rapinoe and Heath.

It is unclear whether or not Lloyd will start for the USWNT or come off the bench, something that the 36-year-old has done numerous times so far in 2019. Lloyd has provided a spark in several friendlies this year coming off the bench and could resemble a role like Abby Wambach held in the 2015 World Cup.

Defensively, the team will go with a four-player group in front of goalkeeper Alyssa Naeher. Crystal Dunn and Kelley O’Hara are the likely choices at the outside back positions, while Abby Dahlkemper and Becky Sauerbrunn are two of the World’s best at centerbacks. All four will need to connect with one another especially in the later rounds of this tournament when the competition really comes full-throttle.

When the team is in attack, Ertz can even drop back as a third central defender to allow more attacking presences to move upfield.

Christen Press, Mallory Pugh, Sam Mewis, and Morgan Brian are all options off the bench in this tournament on the offensive side while Ali Krieger and Emily Sonnett are defensive players who could be used.

Following its showdown with Thailand in Reims, the USWNT will also take on Chile and Sweden in the group stage. While Thailand and Chile are two of the easier opponents in this tournament, Sweden will be the team in the group that the USWNT will face the toughest test.

The knockout stage will pose tougher tests like hosts France, Germany, Brazil, Spain and England. First though the team need to find its groove in the group stage against teams that will likely bunker in for 90 minutes. Should the USWNT do that, they will be ready for any challenge in the knockout stage.