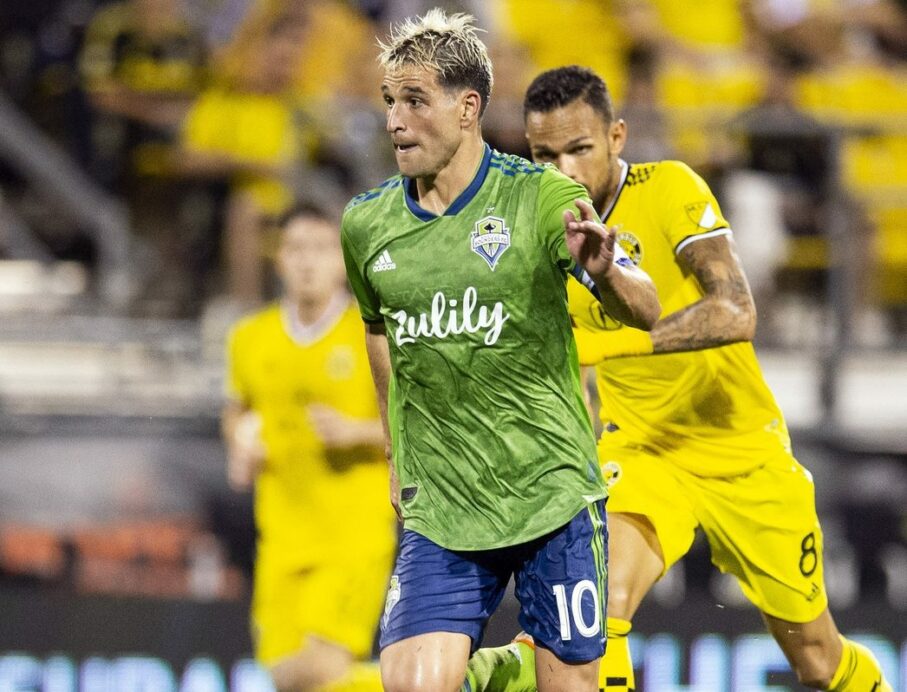 The Seattle Sounders have been fighting through plenty of adversity this international break with several starters missing. Heading into their final weekend without the likes of Jordan Morris, Raul Ruidiaz, and Cristian Roldan, Seattle got a huge performance from another star to help them earn three points on the road.

Elsewhere, Minnesota United picked a pair of wins in a four-day span to continue an impressive push up the Western Conference table. Marco Fabian returned to the Philadelphia Union starting lineup and headed in from a terrific effort.

Nicolas Lodeiro’s numbers have dropped a smidge in 2019, but the Argentine carried his team to three points on Saturday. After a 56th-minute penalty kick equalizer, Lodeiro sealed the comeback win with a 90th-minute finish.

He was in the right place at the right time to head home his fourth league goal of the season to send the Sounders home on a majorly-positive note.

Lodeiro beat out Zlatan Ibrahimovic, Josef Martinez, and Carlos Vela for Player of the Week.

Minnesota United made it two wins from two this holiday week, defeating the San Jose Earthquakes at home before downing the Montreal Impact at Stade Saputo. The team scored six goals and moved to fourth in the Western Conference as well.

Mason Toye put in a terrific performance on Saturday with a brace while Kevin Molino registered one goal and two assists total in the pair of wins.

The Loons edged LAFC, the Portland Timbers, and Philadelphia Union for TOTW honors.

17-year-old Efrain Alvarez had to wait a long time to earn his second MLS assist, but the L.A. Galaxy playmaker did just that in Thursday’s 2-0 win over Toronto FC.

Alvarez set up Zlatan Ibrahimovic for the Galaxy’s first goal at home which earned the Mexican international praise from the Swede post match. Alvarez has continued to win minutes under Guillermo Barros Schelotto and will continue to do so if he contributes.

LAFC rolled to a 6-1 beatdown of the Vancouver Whitecaps on Saturday and Mark-Anthony Kaye scored the marquee goal of the match.

Kaye was given room to roam and the Canadian midfielder raced through the middle of the field before unleashing a blistering effort into the top-corner.