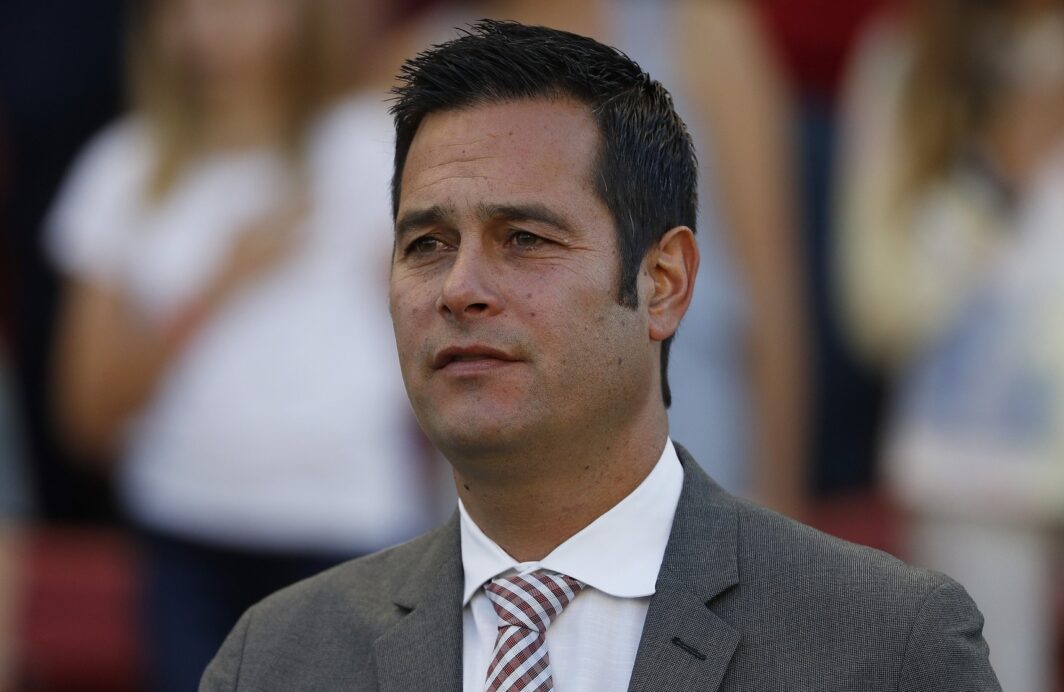 Mike Petke will not be on the sideline for Real Salt Lake’s next two MLS matches.

The club announced on Tuesday that Petke has been suspended for three MLS matches, fined $25,000 and will attend anger management classes. He has also been handed a three-match suspension from the Leagues Cup Committee.

Petke has also been suspended from club activities for two weeks by the club, without pay. He will miss RSL’s upcoming matches against New York City FC and Sporting Kansas City.

“We hold everyone in our organization – particularly the leadership – to the highest standards and expect them to treat everyone with dignity and respect. We have the utmost respect for the referees, PRO and Major League Soccer and will be working with the League to ensure that everyone in our organization treats all referees, players, coaches and fans with the dignity, respect, civility and professionalism that is consistent with our values,” the club said in a statement.

“Although we appreciate Coach Petke’s passion and drive to win, it should never come at the expense of those values.  We support and agree with the League’s decision on this matter.  Real Salt Lake will additionally be suspending Coach Petke from all club activity for two weeks, without pay.  In addition, he will be required to attend anger management courses to help remedy what has been a recurring issue and he will be required to issue written apologies to both the League and the individual referees.”

“As a Club we apologize to our fans for this incident and going forward will continue to demand that all staff adhere to the highest personal standards, without excuse.”

Petke was handed the suspensions due to his actions following RSL’s Leagues Cup loss to Tigres on July 24th.