SBI Question of the Day: What should the Red Bulls do with Aaron Long this summer? 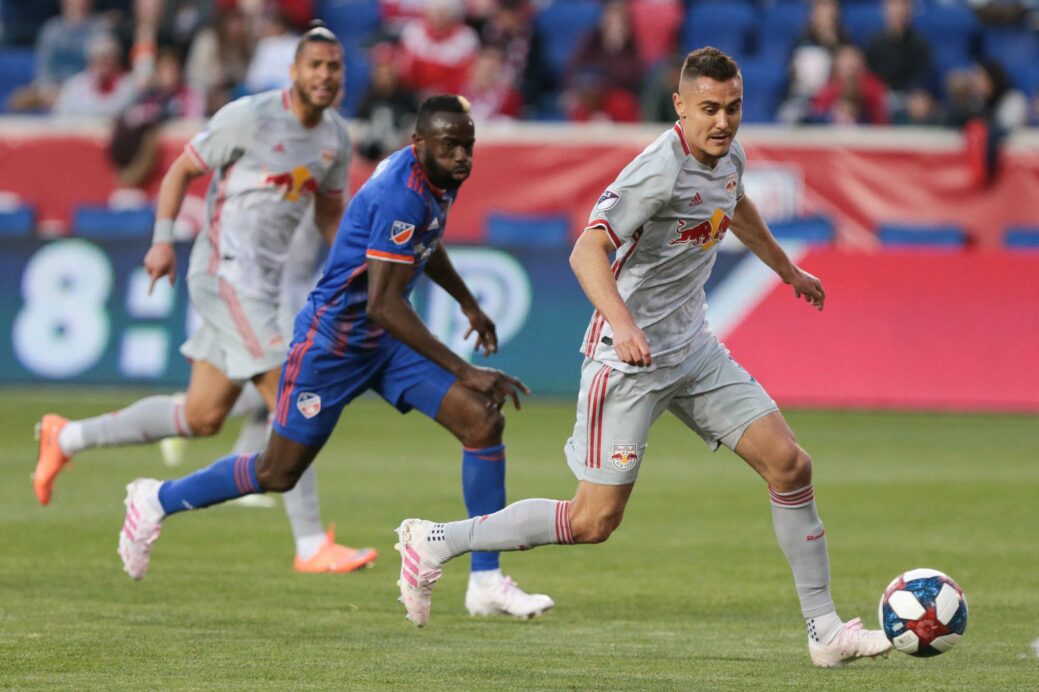 It’s no secret that the New York Red Bulls have become one of regular leaders in Major League Soccer when it comes to exporting talent abroad.

Recently, key figures like Matt Miazga and Tyler Adams have departed for Europe, while Jozy Altidore and Tim Howard provided the pathway years prior with their own excellence within the Red Bulls (formerly MetroStars) organization.

In 2019, the Red Bulls could be facing yet another scenario where they have to decide whether or not to keep star centerback Aaron Long, who currently has two-and-a-half years remaining on his contract.

Long’s contract, however, isn’t actually the issue in this case. With the U.S. Men’s National Team defender signed through the end of the 2021 MLS campaign, the Red Bulls hold all the control right now.

Several outlets have reported that a “mid-table English Premier League side” has placed a bid for Long this transfer window, to which the Red Bulls have declined.

With Long turning 27 in October though, his opportunity to complete a move to Europe could be closing if the Red Bulls opt to keep him past the summer transfer window.

In the previous cases of players like Miazga, Adams, Altidore and Howard, all four players were significantly younger than Long when they completed their respective moves to Europe. For that reason, the Red Bulls would likely need to offload Long soon in order to get a healthy return on the reigning MLS Defender of the Year.

If the Eastern Conference side does opt to go in the other direction though, it’s certainly not bad given how productive he has been since joining the club in 2016.

Plus, the Red Bulls currently lack depth at centerback behind Long, Amro Tarek and Tim Parker — who is expected to return soon from an injury. His experience will be key if the team wants to make another playoff push this season.

What do you believe the Red Bulls should do with Aaron Long this summer? Cast your vote in the poll below and let us know your thoughts on the moves in the comments section.