Sloppy USMNT needs to clean it up ahead of Jamaica 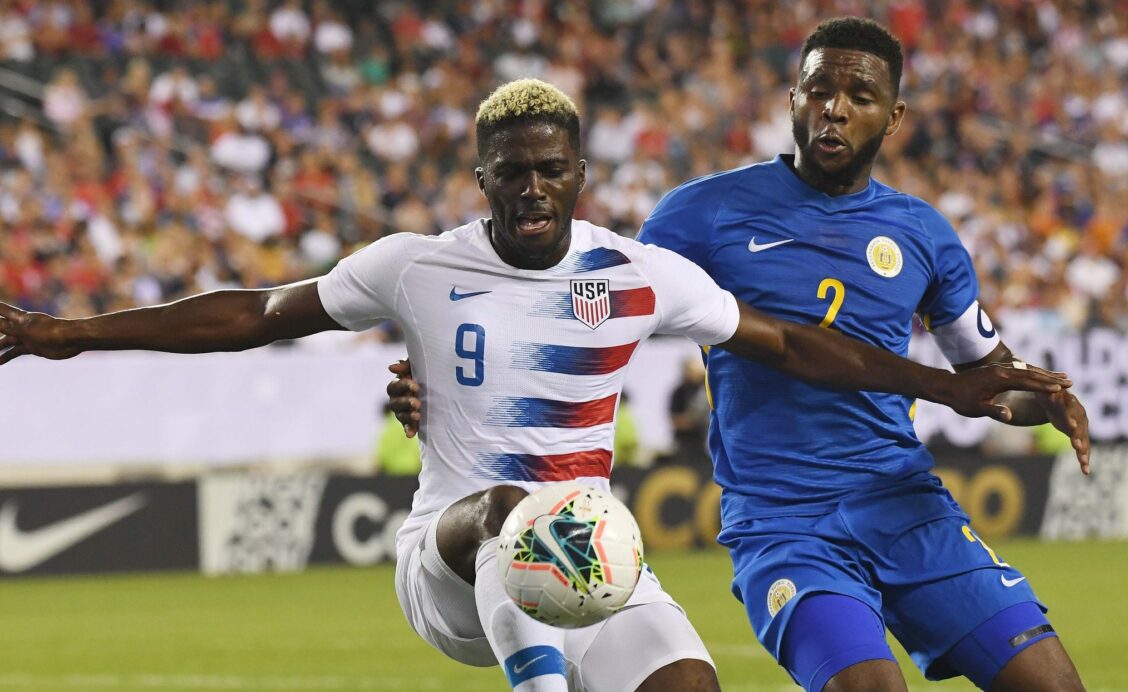 PHILADELPHIA — The U.S. Men’s National Team put in its poorest performance of the 2019 Concacaf Gold Cup so far on Sunday night. Yes, the team advanced to the semifinals to face off with Jamaica, but the team was sloppy with the ball and defended a lot against a Curacao side with nothing to lose.

Gregg Berhalter’s side picked up a 1-0 win over the Concacaf minnows at Lincoln Financial Field thanks to Christian Pulisic and Weston McKennie connecting on the lone goal of the match. However, the side created only three shots on goal, were out-possessed for the first-team this Gold Cup, and didn’t prove anything new in the victory. It’s something that has to change for the USMNT, knowing a tougher opponent in Jamaica is coming on Wednesday.

“The interesting thing about this game is that in both Gold Cup and Copa America all the quarterfinals are tight,” Berhalter said in his post match press conference. “You guys wanted us to go out and win 5-0 when realistically we knew it was going to be a tough game. We had the lead and we made a decision on how we wanted to play the rest of the way.”

“We had the opportunities early to put a couple of goals in but we didn’t and we let them hang around. For us it’s about moving them out of position because their midfielders were compact against Weston and Christian. Especially in the first-half there wasn’t enough movement and I think we can do better at that.”

Despite starting the same 11 guys who punished both Guyana and Trinidad & Tobago, the USMNT were sloppy. In attack, Tyler Boyd and Paul Arriola were invisible and striker Gyasi Zardes offered two shots in total the entire 90 minutes. Pulisic put in a strong performance both offensively and defensively, but even Michael Bradley was a non-factor as he dealt with the talented Curacao midfielder, Leandro Bacuna.

The USMNT tried to press Curacao but the Caribbean side sliced through the hosts’ midfield on several occasions. Eventually, the USMNT allowed Curacao to have possession in the back in hopes of preserving their energy for the rest of the match. It was a strategy that had many USMNT fans on edge, knowing Curacao was still in the match until the final minute.

“I think they got through us because of our pressing,” Berhalter said. “We’re trying to press the goalie and he’s very good with his feet. We didn’t commit enough numbers forward for the press. In particular when we’re coming from one side we’re releasing our weak-side winger to join the press and I don’t think we did a good job of that.”

“When you try to add a midfielder to it they were able to find their No. 10. We didn’t concede that many chances but near the end they had more time with the ball which was dangerous. We weren’t going to press the goalie. Sometimes in the first-half we saw that the goalie would sit with the ball and we weren’t going to fall into that trap of costing us energy in the end of the game.”

It may feel somber to the USMNT as for the second-consecutive match they’ve only been able to score one goal, after 10 in the opening two group stage matches. They know they were put on the ropes by an underdog team who nobody expected to advance this far. It’s a performance that the team will try to take positives from and build on for a rematch with Jamaica in Nashville.

“It’s another shutout and we won the game,” Zardes told SBI. “You have to stay positive even when it may not have been the best performance overall. We want to continue progressing forward each and every game and getting better as a team.”

Jamaica clinched its spot with a 1-0 win over Panama earlier on Sunday. Darren Mattocks’ second-half penalty kick was enough for the Reggae Boyz, who like the U.S., had to deal with loads of pressure for their opponent. It will be the second time this month these sides will meet and the team already knows improvement is needed to advance.

“We’re all fit now, unlike the friendly,” left back Tim Ream told SBI. “We will look at the sloppiness from a few weeks ago and try to get better for a tougher test. I have no doubt in my mind that we will be ready and we will play for a final.”