DaMarcus Beasley explains why he’s retiring: “You want to win” 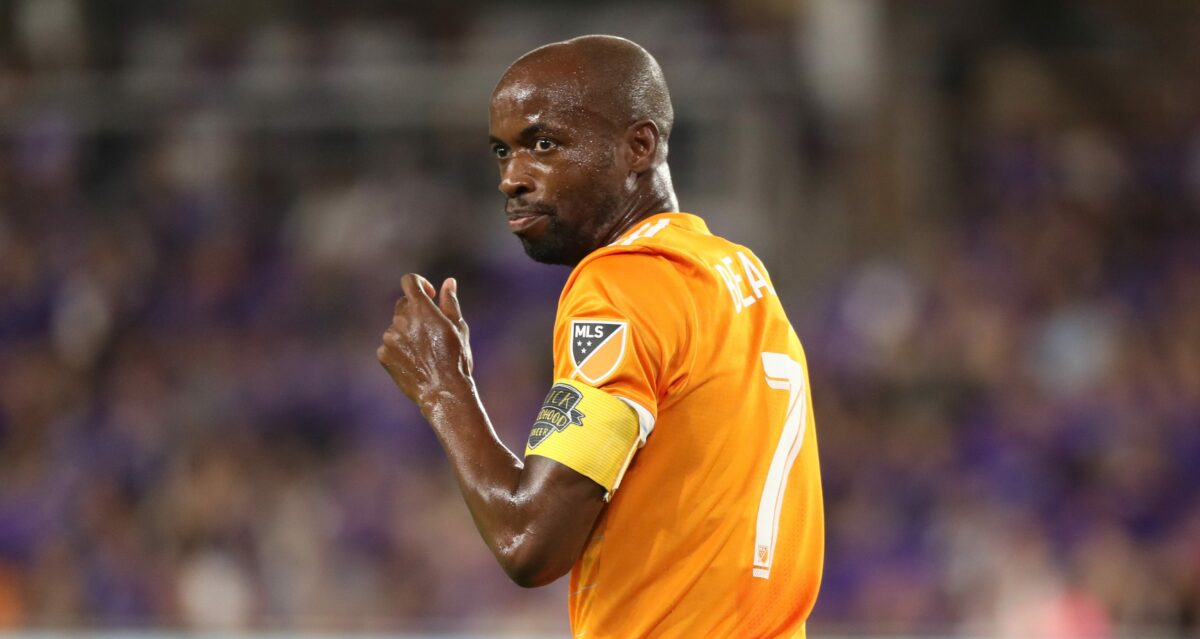 NEW YORK — When a player decides to call it a career, there is always at least one significant reason behind the decision. It can be any number of things — from wanting a new life experience and challenge after years of the same routine, to not enjoying the training and preparation leading up to games anymore, to wanting to spend more time with family. It can even be the feeling of the body beginning to break down and not being up for the physical demands of professional sports.

For DaMarcus Beasley, it was none of those.

Beasley announced his plans to put an end to his illustrious 20-year career back in May, saying he would retire at the end of the MLS season. At the time, the Houston Dynamo left back said there was “no rhyme or reason” to his decision and chalked it up simply as a case of ‘when you know, you know.’

On a surface level, that sounded reasonable enough. The truth, however, involved something deeper for the 37-year-old American.

“At the end of the day when you get older, you want to win,” Beasley told SBI ahead of Houston’s match against New York City FC on Thursday. “The fact that we haven’t had a lot of success with the Dynamo in the last 4-5 years, since I’ve been with the club, it takes a toll. It takes a toll, and that’s just me being 100, 1,000 percent honest.

“It’s no disrespect to the club, it’s no disrespect to none of the coaches, the players that I’ve played with, because they’ve all been great. They’ve all been great. But at the same time for some reason we haven’t figured it out and we haven’t had a consistent team that’s gotten to the playoffs and had a chance to do something great. A little bit of that is why I was like, ‘Okay, I’m ready to do something else.'”

It is true the Dynamo have not had much on-field success since Beasley’s arrival in 2014. The club raised a trophy by winning the U.S. Open Cup last year, but has failed to make the MLS playoffs in four of the veteran’s five finished seasons in Houston and is on pace to miss out again this year. The Dynamo did make a deep run the one time they reached the postseason, but got smacked, 5-0, by the Seattle Sounders over the course of their two legs in the 2017 Western Conference finals.

Ultimately, that inability to consistently compete for a title became decisive for Beasley, who, despite still feeling up for the physical challenge, came to the conclusion at the end of last season that this year would be his last.

“To me it was more so mentally and I’ll explain why,” said Beasley. “My body, I feel fine. I feel I could stay and have one more good year after (2019). If I wanted to play, I could play. Mentally, I still love training, I still love getting on the pitch and running around with the boys and going through how we’re going to play, different formations, what kind of organization, this and that. I love that part of the game, so that part never got boring.”

“But to be honest, that’s me being, on the record, 100% honest,” Beasley later added. “I want to win and we haven’t been doing a lot of that in the last five seasons and it takes a toll. Mentally, it’s just like okay, ‘Can you still get up and do all the things you really want to do without a result at the end?’ It’s difficult.”

The Dynamo’s continued lack of success — their regular season record over the last five years is 52-71-47 — took such a toll that at one point Beasley considered a move elsewhere in MLS. He even contemplated joining upcoming expansion team Inter Miami — not because David Beckham reached out to him but because Beasley loves the South Florida city and has owned a home there for some time.

“To be honest, I ain’t going to lie, I thought about it,” said Beasley. “The last couple of seasons I’ve been thinking about, ‘Okay, is this going to be my last?’ and then talking to people and seeing how my body feels and then take a decision. But the last couple of years I was like, ‘What new teams are coming in next year?’ Just to see something different and do I want to move?

“At the end of the day I like Houston, I like the Dynamo, I like where I’m at. The thought did cross my mind about maybe, if I did play one more year, would it be Miami or have a chance to play for Miami in some way, some form. But then after a while I was like, ‘Nah, I’m good with what I’ve done.'”

The U.S. Men’s National Team legend might be satisfied with his overall career, but he is not done just yet. His focus right now is on trying to help the Dynamo reach the playoffs, but whether they do or not remains to be seen. The club currently sits in ninth place of the Western Conference, three points shy of the final postseason berth, with two months left in the season.

Surely, Beasley would prefer to go out on a high note rather than a low one, and making the playoffs would give him a chance to fight for his first MLS Cup trophy. Even if that does not transpire, Beasley is prepared to move on from the game and happily ready to begin enjoying his retirement.

“I’m happy with my career,” said Beasley. “I’m sure I’ll think about it more when I actually stop and I have more time to actually think about things, but just from what people send me on Twitter or what people send me on Facebook or whatever. I see it and am like, ‘Oh, okay. I remember that. That’s pretty cool.’  To be honest, I really don’t remember a lot of stuff that went on. It’s been a very long time.

“I think just for me, I didn’t tell anybody but I knew after last season that this was going to be my last season. It wasn’t a spur of the moment thing. I spoke to the coaches in preseason so they knew about it, so it wasn’t something like, ‘Ah okay, we lost 2-0, I’m retiring.’ Nah, it wasn’t that. It’s been on my mind and I was ready to announce it.”