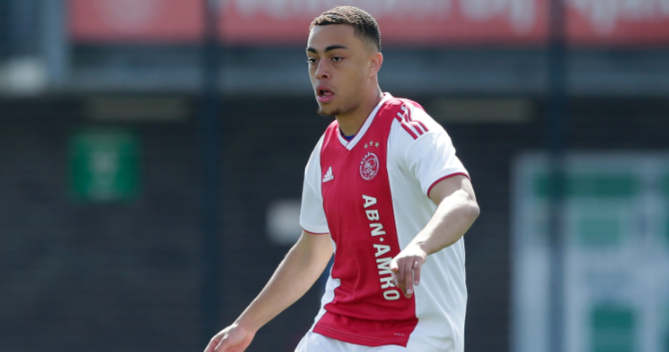 Sergino Dest made his Eredivisie debut for Ajax on Saturday.

The U.S. U-20 Men’s National Team product came off the bench and played 36 minutes in Ajax’s 5-0 home win over FC Emmen. It was Dest’s second appearance of the season after starting in the 2-0 Dutch Super Cup win over PSV in July.

Donny dan de Beek scored the winning goal, while Hakim Ziyech, Dusan Tadic, and Klaas Jan Huntelaar all got on the scoresheet for Ajax.

Dest finished the match with a 92% passing completion rate, two successful tackles and four successful duels won. He saw his teammates score a trio of goals after stepping onto the pitch as a second-half substitute.

Dest and Ajax next face PAOK Salonika in the second leg of their UEFA Champions League qualifier before traveling to VVV Venlo on Aug. 17th.