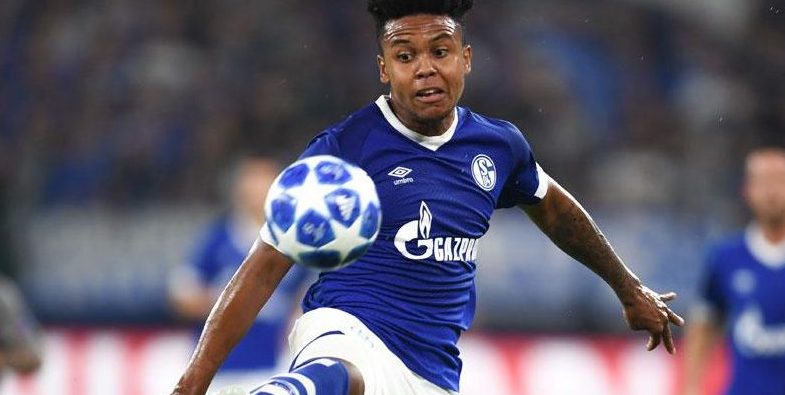 The German Bundesliga continues to be the home of many American players, some who are full internationals and others who are trying to make a name for themselves.

Christian Pulisic, Aron Johannsson, Alex Mendez and Jonathan Klinsmann were the only three players who moved out of Germany this summer for new destinations. Meanwhile, Giovanni Reyna and Ulysses Llanez have arrived in Germany this summer, looking to lead the next wave of Americans in Europe.

U.S. Men’s National Team headliners Weston McKennie, Tyler Adams, and Zack Steffen are three younger faces to keep an eye on this season. McKennie and Adams will look to lead their respective clubs, while Steffen aims to claim the No. 1 spot in goal for Fortuna Dusseldorf.

Fabian Johnson, Timothy Chandler, and Bobby Wood are veteran names who will look to get back into the long-term picture for their clubs as well.

With the Bundesliga season heading into full swing this weekend, here is a closer look at the American players who will be suiting up in Germany’s pro leagues.

One of the Bundesliga’s rising stars, Weston McKennie remains an important piece for Schalke despite a disappointing campaign for the club. McKennie saw time in midfield, defense, and even attack at times but is likely to remain the heart of midfield under new manager David Wagner. McKennie will be expected to pop in some goals and assists as he tries to help Schalke get back into the top half.

Another player coming off a strong season abroad was Tyler Adams. The RB Leipzig man is gearing up for his first full campaign in Germany after joining in January. Adams’ versatility was huge for Leipzig after the midfielder was tossed straight into the action. Coming in off an injury may hurt at first, but Adams should be excited to work under new manager Julian Nagelsmann.

Josh Sargent will get his full chance with Werder Bremen this season. After two goals in 13 appearances with the first team, Sargent is coming off an impressive preseason with the club. Although he did not represent the USMNT in Gold Cup duty, Sargent should have even more fuel to the fire as he looks to win consistent minutes.

John Brooks was one of Wolfsburg’s top performers last season as the USMNT defender remained healthy for majority of the year. Brooks’ physical presence should help him continue in the team’s starting XI as Wolfsburg try to remain in the top half of the table. Any injuries though will throw a wrench into things for the 26-year-old.

Fortuna Dusseldorf is coming off a positive first season back in the Bundesliga and now Zack Steffen is aiming to help them improve even more this year. The Manchester City loanee has a good shot to win the No. 1 job after Michael Rensing got hurt in preseason camp. Already with plenty of first team experience with the USMNT and Columbus Crew, the acrobatic keeper should be fun to watch abroad.

Joining Steffen in Dusseldorf will be Alfredo Morales who continues to be a consistent performer in midfield. The 29-year-old scored one goal and added one assist in 26 combined appearances for Dusseldorf, who finished 10th in the league standings. Morales may have one final crack to help the USMNT, but he has to remain healthy and consistent to do so.

After an injury-riddled 2018-19, Timothy Chandler is hoping to have a bounce-back season for Eintracht Frankfurt. Chandler who has played left back and also in midfield, is in the latter stages of his career. Unlikely to feature for Gregg Berhalter’s team, Chandler could very well help Frankfurt in league and European action.

31-year-old Fabian Johnson has continued to play at a high level for Borussia Monchengladbach and will look to do more this season. After 18 appearances for Gladbach last season, Johnson will fight to get into the side more regularly. Still an option at left back or as a left midfielder, Johnson may have one last crack to appear for the USMNT.

Former NYCFC and Sporting KC man Khiry Shelton heads into his first full season with Paderborn, which gained promotion into the top-flight. The 26-year-old has put in some strong preseason performances for Paderborn so far and now aims to help the club avoid a quick stay.

One of many U.S. U-20 products fighting for first-team minutes, Sebastian Soto is looking to translate his U-19 numbers with Hannover over to the senior level. After the club was relegated to the 2. Bundesliga, Soto was expected to get a chance to help them jump back up. The 19-year-old has yet to score in four senior appearances, but has a long season to go.

Another U-20 product fighting for first-team minutes is left back Chris Gloster. Gloster shined for Hannover II last season as well as the U-19 side. Gloster has yet to appear this season and has been linked to interest from other European clubs, including PSV.

One of the players with the most to prove this season is Bobby Wood. Returning to Hamburg from Hannover, Wood has already found it tough for minutes. Now 26, Wood may need to look for a move elsewhere in order to kickstart himself back into the USMNT fold. A strong season though could toss his name back into the hat for Berhalter to consider.

Julian Green has kicked off this season with a goal already and will hopefully up his production with Greuther Furth. In total, Green has eight goals in 56 appearances across all competitions with Furth. A creative attacking option, Green may insert himself back into the USMNT fold with a strong start domestically.

Another U-20 product at a big club, Chris Richards has impressed this summer after dealing with injuries heading into the World Cup. Richards trained with Bayern’s first team, but has reappeared with Bayern II to start the season. Tall and physical, Richards may need a full season or two before really throwing himself into the conversation to start in the Bundesliga.

The latest American to join Borussia Dortmund, U-20 midfielder Giovanni Reyna is aiming to make a splash in his first season. Reyna impressed in friendlies with Dortmund in the U.S., but will be with Dortmund’s U-19 side for now. Should he rack up some goals and assists, he could get the bump up before season’s end.

Terrence Boyd left Toronto FC on mutual consent after a disappointing time with the club. Now with Hallescher FC of the German third division, Boyd will try to get some goals in any hope of returning to a bigger club. His physicality is a plus, but he needs to start taking more chances offensively if he wants to get noticed.

Timothy Tillman is back at Bayern after his loan at Nurnberg ended this summer. The 20-year-old defender saw seven matches with Nurnberg in the top-flight before the side got relegated. Tillman should end up with Bayern II, in which he could work with Chris Richards.

McKinze Gaines made a switch this summer to the third tier in hopes of gaining first-team minutes. After 12 combined appearances with FC Zwickau and Darmstadt over the last two years, Gaines will try to force his way into the starting XI at SG Sonnenhof.

After getting relegated with Duisburg, Joe Gyau may need a move to keep his career from sliding. Gyau appeared for the USMNT in a summer friendly against Jamaica, but hasn’t put up the consistent production to hold a future spot with the bunch. If Gyau can’t get a move out of Duisburg, he needs to put up some numbers.

Another U-20 representative working his way in Germany is Ulysses Llanez. The versatile winger, Llanez made a trio of appearances for Tab Ramos’ side at the U-20 World Cup. He has showed some promise with Wolfsburg, but ultimately needs more game time to develop.

A name rising through the ranks at Wolfsburg is Michael Edwards. Edwards, 18, made 14 appearances for Wolfsburg’s U-19 side last season, but trained and appeared with the senior side during preseason. A tall defender who isn’t afraid to throw his body around, Edwards may move to Wolfsburg II in order to see how he can fair at the next level.

18-year-old Taylor Booth made seven appearances with Bayern Munich’s U-19 side last season, recording one goal and two assists. The next step for Booth is to not get lost in the shuffle at Bayern, which surely won’t help his individual development for the longterm. Expect Booth to remain with the U-19’s.

Who do you think is the better U.S. player; McKennie or Adams? Which USMNT veteran will have the best season abroad in Germany? Do you think any of the younger players can make a splash in 2019-20?