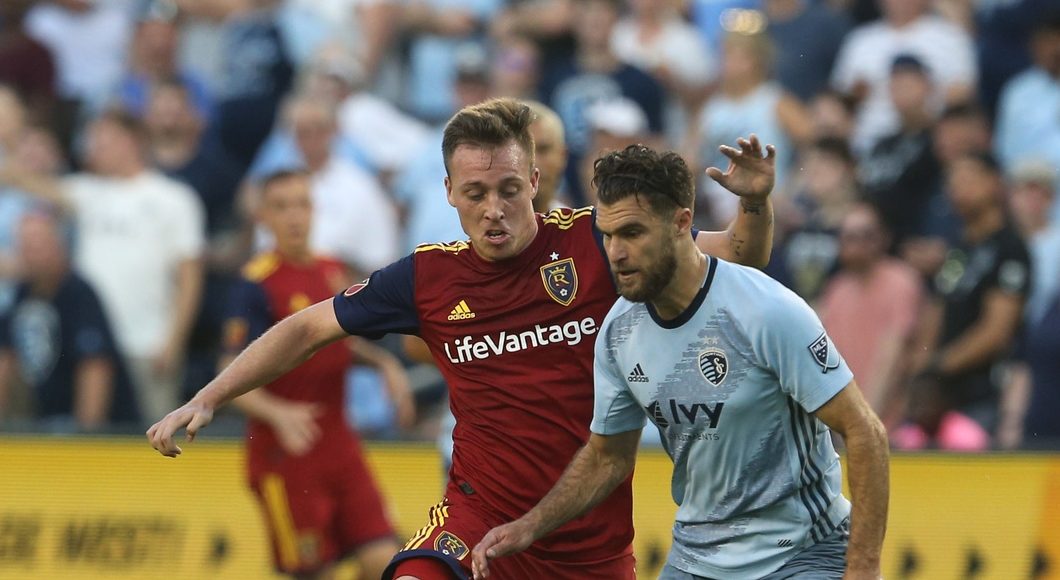 Major League Soccer midweek action is jam-packed with Western Conference talent as eight of the ten teams playing come from the West.

A pair of West rivals headline the action on Wednesday night as Real Salt Lake begins a lengthy homestand against the Seattle Sounders. With Mike Petke relieved of his duties as head coach, assistant Freddy Juarez will be in charge for the remainder of the season. RSL is coming off a road win over Sporting KC while Seattle tied the New England Revolution 3-3 at home.

Elsewhere, Minnesota United welcomes the Colorado Rapids to town while FC Dallas travels to the L.A. Galaxy. Orlando City and the Chicago Fire are the lone Eastern Conference clubs in action midweek, facing Sporting KC and the Portland Timbers respectively.

In the second of their two regular season meetings, Real Salt Lake faces the Seattle Sounders to begin a three-match home stand.

The hosts are riding a five-match unbeaten run in league play, recently defeating Sporting KC 2-1 away from home. Corey Baird’s first career MLS brace sparked RSL at Children’s Mercy Park, giving the team another option to call on at this stage in the season. Albert Rusnak and Sam Johnson’s return from injury also helps the team who are trying to hang onto a playoff spot.

Brian Schmetzer’s side held on for a 3-3 draw against the New England Revolution last weekend. A huge positive for the club is the recent form of forward Jordan Morris, who has five points in his last four appearances. Morris and Raul Ruidiaz will headline the attacking front, while Nicolas Lodeiro and Cristian Roldan cover plenty of ground.

Two of MLS’ positive stories of late in the West will meet at Allianz Field.

Adrian Heath’s Loons welcome Conor Casey’s Colorado Rapids to town, looking to avenge a 1-0 loss to them back in June. Heath’s squad rotation against FC Dallas did not pay off last weekend, as his side conceded five goals in a loss. With the Loons trying to bounce back, its expected that Heath calls on Darwin Quintero and Angelo Rodriguez in attack. Mason Toye is unavailable due to suspension.

The Rapids remain 10 points out from the final playoff spot, but luckily are riding momentum from back-to-back home wins. A 2-1 triumph over the San Jose Earthquakes saw Diego Rubio and Keegan Rosenberry steal the spotlight at Dick’s Sporting Goods Park. With Minnesota having plenty of talent in attack, Kellyn Acosta and Jack Price will be expected to cover a lot of ground in hopes of helping their team keep the Loons off the scoreboard.

Kei Kamara scored the lone goal in this matchup back in June.

A point separates the L.A. Galaxy and FC Dallas in the West table, with the hosts looking to stop the bleeding.

A 2-1 loss to D.C. United on Sunday was the Galaxy’s third in a row and fourth out of their last five matches. Cristian Pavon made his Galaxy debut in the loss, while Zlatan Ibrahimovic only recorded one shot on goal in a league record 15 in total. The Swede may need some help from the newest Argentinian arrival in hopes of leading the Galaxy to a needed win at home.

FC Dallas rolled past Minnesota 5-3 with Brandon Servania scoring his first MLS brace in the process. It was the first time FC Dallas scored five goals since Oct. 2017. Michael Barrios is coming off a three-assist night as well and will need to provide similar production for Dallas to spoil the Galaxy’s night in L.A.