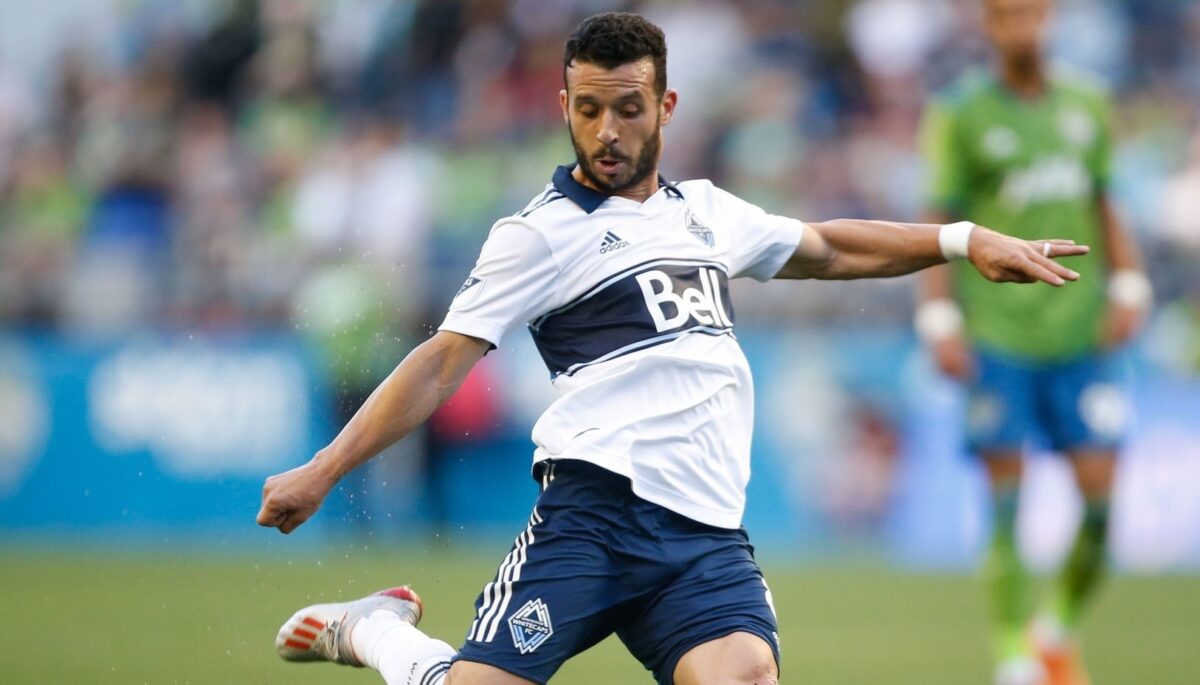 D.C. United were busy on Tuesday making several moves on the day.

In eight MLS seasons, Martins has scored 24 goals and registered 48 assists in 240 appearances. He has appeared for Vancouver, the Montreal Impact, and New York Red Bulls in his career.

“We are looking forward to adding more MLS experience to our midfield with the acquisition of Felipe,” Dave Kasper, D.C. United General Manager and VP of Soccer Operations, said. “We’re excited to add his ability to connect the game and break lines with his passing, as well as his competitiveness and bite.”

He has lifted one Supporters Shield in his MLS career, winning it with the Red Bulls in 2015.

Inter Miami have made the third signing of the club’s history.

The club announced the signing of centerback/midfielder Christian Makoun of Zamora F.C. of Venezuela. Makoun, 19, is currently the captain of Venezuela’s U-20 Men’s National Team.

Makoun recently was on loan with Juventus in 2018-19, scoring three goals in 21 appearances with the U-23 team. Since joining Zamora in 2016, Makoun has made 36 appearances in all competitions, including time in both the Copa Libertadores and Copa Sudamericana.

“We are happy to add a young player with solid experience both in Europe and South America to Inter Miami’s roster,” Inter Miami CF Sporting Director Paul McDonough said. “Christian is a grounded player of good character and maturity. He has shown us that he strives to represent himself and his home country at the highest level, and this is the mindset we want to build at Inter Miami.”

Chris Duvall will be in search for a new club.

The Houston Dynamo announced on Tuesday they’ve waived Duvall, placing him on waivers. Duvall, 27, made one league start for the Dynamo since joining this past offseason.

In total, Duvall has made 102 combined league appearances while also featuring for the New York Red Bulls and Montreal Impact.

Other teams in MLS can start beginning to fight for Duvall’s services, should they be interested.

A week after losing midfielder Russell Canouse, D.C. United are now going to be without another midfielder.

Black and Red head coach Ben Olsen told reporters on Tuesday that Chris Durkin will miss three weeks with a severe ankle sprain. Durkin suffered the injury in Sunday’s 5-1 home loss to the Philadelphia Union, coming off the pitch after only 16 minutes.

Ben Olsen says Chris Durkin has a severely sprained ankle and will miss 3+ weeks. Also says Kamara deal being finalized and Kasper is working on completing one or two other deals.

Seven months after being selected by FC Cincinnati in the 2019 MLS Expansion Draft, Eric Alexander has been waived by the club.

The club announced the roster move on Tuesday, waiving the 31-year-old after he only appeared in six matches this season. Alexander last featured on June 29th for the club.

Alexander has made 218 regular season MLS appearances in his career so far, featuring for FC Dallas, the Portland Timbers, the New York Red Bulls, the Houston Dynamo, and Montreal Impact.

First, the club acquired $50,000 in GAM from Minnesota United in exchange for an international roster spot.

In a separate move, the Black and Red added $212,500 in Targeted Allocation Money from the Portland Timbers in exchange for $62,500 in GAM and a 2020 international roster spot.

D.C. has been linked with an MLS return of Ola Kamara as well as reportedly set to meet with Mesut Ozil’s  representatives.

The Vancouver Whitecaps added a winger on loan for the remainder of the 2019 MLS season.

Michaell Chirinos is on his way to BC Place, joining from CD Olimpia. Vancouver also has an option to buy Chirinos at the conclusion of the loan.

“Michaell is a humble and hardworking player who can play on the right or left side of the field,” Whitecaps FC head coach Marc Dos Santos said. “This loan gives us an opportunity to bring in and evaluate a player who has done well in Honduras and Mexico, leagues that have similar characteristics as MLS.”

Standing a 5-feet-5, Chirinos has scored 33 goals in 115 appearances for Olimpia. He also was on loan with Lobos BUAP of Liga MX in 2018-19, scoring six goals in 33 appearances.

The arrival of Chirinos should give Marc dos Santos another option in attack as he looks to build for the future.