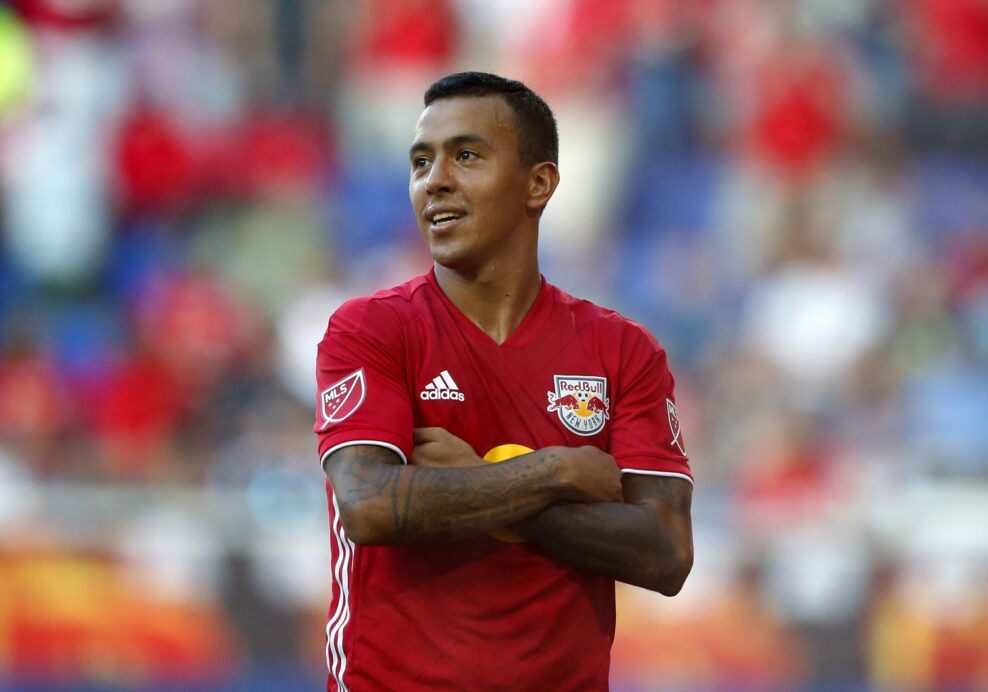 Major League Soccer’s race to the playoffs continue this weekend with matches taking place on both Saturday and Sunday.

Elsewhere, D.C. United welcomes the L.A. Galaxy to Audi Field with both teams trying to rebound off short winless streaks. Wayne Rooney and Zlatan Ibrahimovic headline the talented attacks for both clubs.

Here’s a closer look at the top five matches in MLS this weekend:

Sunday’s final match of a quartet of fixtures sees the New York Red Bulls take a trip to LAFC.

Bob Bradley’s side will aim to continue holding a firm grip of the top spot in MLS. A pair of wins over Atlanta United and an in-form New England Revolution side has LAFC coming in on good form. Diego Rossi has scored in each of those two matches, while Carlos Vela and Mark-Anthony Kaye continue to put in career best seasons in MLS. The hosts will be favored to pick up three points at home.

The New York Red Bulls have alternated wins and losses in their last five matches, but remain in third place. A 2-0 win over Toronto FC last weekend saw Chris Armas’ side find the back of the net with neither of their attacking options getting on the board. Kaku’s playmaking ability will need to be on point if the Red Bulls want to leave L.A. with any points. The 24-year-old has three goals and three assists this season.

Atlanta United is coming off a U.S. Open Cup semifinal win in Orlando midweek, in which Emerson Hyndman bagged his first goal for the club. The Bournemouth loanee has added a consistent option in Frank de Boer’s midfield to help keep the pressure off Josef Martinez, Pity Martinez, and others. Josef Martinez was rested on Tuesday, so the defending Golden Boot winner should be rearing to go.

NYCFC are fifth in the East and are 2-2-1 in their last five matches in all competitions. A 3-1 loss in Salt Lake last weekend saw NYCFC concede a trio of unanswered goals after taking an early lead. Their offensive front of Heber, Alexandru Mitrita, and Valentin Castellanos were ineffective and have to do a much better job in a tough atmosphere on Sunday.

A pair of playoff hopefuls meet in the Nation’s capital on Sunday trying to turn the tide.

The L.A. Galaxy come to Audi Field on the back of back-to-back shutout losses in league play. Being outscored 7-to-0 in defeats to Portland and Atlanta, Guillermo Barros Schelotto’s side need to act fast if they want to avoid a further drop in the West table. Zlatan Ibrahimovic will headline the attack, but defensively the veteran backline has to be confident and strong.

Ben Olsen’s D.C. United are coming off a 5-1 beatdown at the hands of the Philadelphia Union. Two players were lost in that game for this contest, which started off an up-and-down week for the club. Chris Durkin (injury) and Junior Moreno (suspension) will miss the match, but Wayne Rooney is expected back after traveling to England midweek. Luciano Acosta and Paul Arriola were quiet against the Union, but should be eager to get after a Galaxy backline who are lacking confidence.

Five points separate a pair of Western Conference clubs who will meet in Texas on Saturday.

FC Dallas, currently in seventh, are 1-1-1 in their last three matches, with a 2-0 loss to Orlando City the most recent result. Luchi Gonzalez has tried shaking things up offensively as he tries to get more goals from his attacking players. Paxton Pomykal continues to be a livewire in midfield, but Jesus Ferreira needs help up top. Dominique Badji or Michael Barrios are the likely candidates to start this week.

Minnesota United’s impressive season continues as Adrian Heath’s side takes a 10-match unbeaten run in competitive play to Dallas. A 1-0 win over the Portland Timbers last weekend saw Ethan Finlay play the hero with a late penalty kick. Offensively they will look to be a little more sharper in front of goal, with Angelo Rodriguez and Kevin Molino the marquee names to choose from.

Bruce Arena’s New England Revolution will try to start a new unbeaten run this weekend as they visit the Seattle Sounders on Saturday.

The Revs’ 2-0 loss to LAFC on Aug. 3rd saw Arena suffer his first league loss since taking over as head coach. Saturday’s test is definitely winnable though as Carles Gil and Gustavo Bou look to continue their partnership in front of goal. The duo has 19 points between them this MLS season.

Brian Schmetzer’s side fell 3-2 at home to Sporting KC on Sunday, in a match many would’ve thought Seattle were expected to win on paper. The team’s record is now 3-2-0 in their last five league matches, but luckily Jordan Morris looks to be finding his form. The U.S. Men’s National Team striker scored a pair of goals in the loss and has four points in total since returning from Gold Cup duty.

Here’s a full schedule of this weekend’s MLS action: