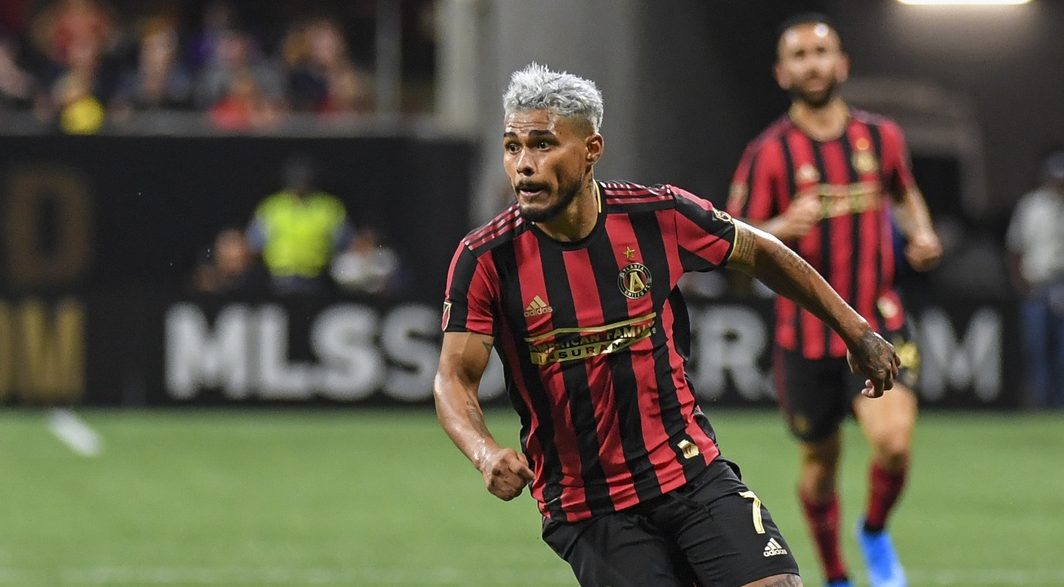 Major League Soccer’s busy regular season continues this weekend as fans across the country get a rematch of last season’s MLS Cup.

Sunday’s lone match sees Atlanta United travel to face the Portland Timbers at Providence Park. The Five Stripes will be on a high after winning the Campeones Cup on Wednesday against Liga MX heavyweight Club America. Portland has won back-to-back league matches over the past week as they continue to push up the Western Conference standings.

In a rematch of last season’s MLS Cup, the Portland Timbers will try to knock off defending champs Atlanta United at Providence Park on Saturday.

Giovanni Savarese’s side has won back-to-back league matches, including Wednesday’s 3-2 triumph over the Chicago Fire. Brian Fernandez has continued to produce for his new club, now with six league goals in eight appearances for Portland. The 24-year-old will be up against Leandro Gonzalez Pirez in the Five Stripes defense, which should be a fun matchup to watch.

Frank de Boer’s side defeated Club America, 3-2, on Wednesday to lift its second trophy in the last year. Josef Martinez scored the game-winning goal, but Jeff Larentowicz’s wicked strike was the story of the turnaround. An even better positive for the Five Stripes was nobody was hurt in the match, which means de Boer could go with a full squad on Sunday. Martinez and Julian Gressel will look to connect against the Timbers backline.

The LA Galaxy welcome the Seattle Sounders to town looking to follow-up off Wednesday’s shutout win over FC Dallas. Zlatan Ibrahimovic scored a brace to take his season tally to 16 on the season. With the Swede leading the line and Cristian Pavon impressing so far, the Galaxy will be favored to get something from this contest.

Brian Schmetzer’s bunch come into this match one point behind the Galaxy in the table, however could fall out of the top seven if they lose. The Sounders haven’t won in their last three matches and fell 3-0 in Utah on Wednesday. A five-man backline was used against Real Salt Lake and very well could be used against the dynamic Galaxy attack, led by Ibrahimovic.

This is the first of a pair of league meetings over the next few weeks between these teams.

Fifth and sixth in the Eastern Conference meet on Saturday at Red Bull Arena seeking a jump in the table.

The New York Red Bulls are 2-3-0 in their last three league matches, but could finish the weekend as high as third if they win paired with other results. Chris Armas’ side were level 2-2 with LAFC at halftime on Sunday night, but eventually conceded twice after the break to lose 4-2. Defensively they will have to avoid silly mistakes against an in-form Revolution attack who will surely make them pay.

New England are three points behind the Red Bulls in the East table and are coming off a 3-3 draw in Seattle last weekend. Carles Gil and Gustavo Bou have been two of the league’s in-form players over the last few weeks and will be looking to find the back of the net in Harrison. Gil has 19 points to his name this season, while Bou has three goals and one assist in five appearances.

Two veteran-led teams will square off at Children’s Mercy Park with the hosts seeking a resurgence at home.

Sporting KC sit nine points clear of the playoff places and are showing zero signs of coming back. Posting a 1-4-0 record in their last five matches, Peter Vermes will need some real fight this weekend to avoid another defeat in 2019. Felipe Gutierrez and Johnny Russell have 17 goals between them this season and will be relied on to do the scoring in Kansas on Saturday.

Matias Almeyda’s side hold a two-point advantage over eighth-place FC Dallas, but could slip out of the playoff race with a loss. A 3-1-1 record in their last five matches shows the competitiveness this bunch has, however they are coming off a loss to Colorado. Magnus Eriksson and Valeri Qazaishvili are in good form right now and will be eager to get after a leaky SKC backline.

The current league leaders face a tricky test in Utah on Saturday.

Bob Bradley’s side continue to be a true threat to claiming MLS Cup this season, winning four of their last five league matches. Carlos Vela has continued his MVP campaign as he continues to draw closer to Josef Martinez’s single-season goalscoring record of 31. The Mexican forward will look to silence the RSL fans early and and propel his team closer to the 60-point mark.

Real Salt Lake has won three matches in a row and has a chance of knocking off LAFC at home. Corey Baird has three goals in his last two appearances, while the playmaking ability of Albert Rusnak and Sam Johnson could pose problems for the visitors. Freddy Juarez is the man in charge of RSL for the remainder of the season and has a good bunch of guys to choose from for this tough fixture.